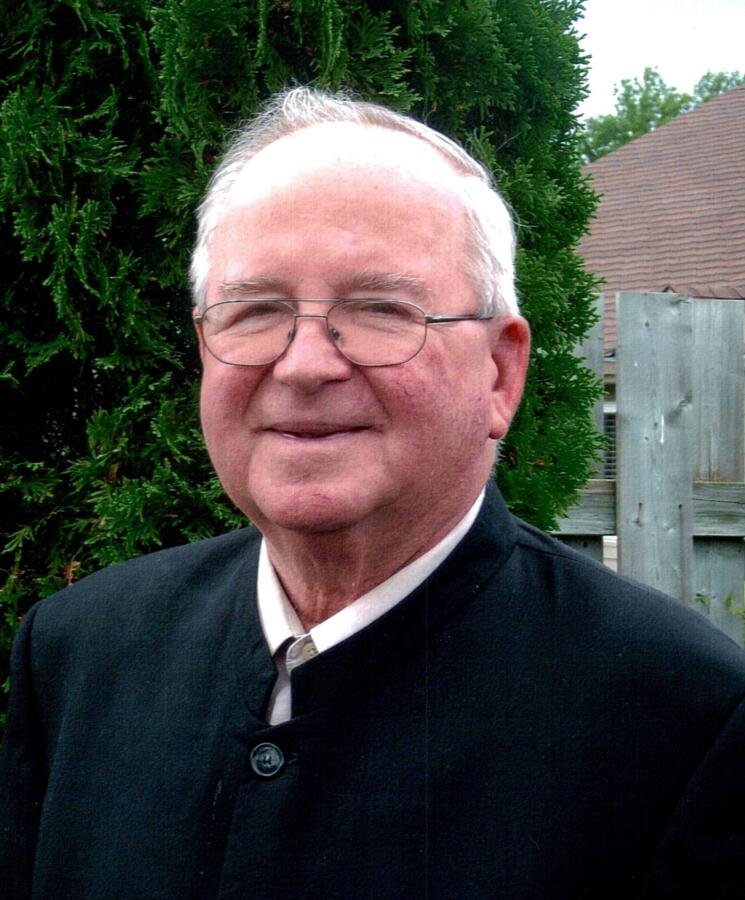 Abner was born at home on the family farm in Woolwich Township, to parents David and Elsie (Martin) Brubacher on Sunday, December 13, 1942. He was the eldest of six boys, with younger brothers Harvey, Clare, Mervin, Lester, and Orton making the family complete. The Brubachers operated a successful dairy operation just outside the hamlet of West Montrose. In his teens, he began working for another farmer by the name of Oliver Lichty. During this time, Oliver’s niece, Vera Martin, caught Abner’s eye and the two soon started dating. Later, Abner began working in agricultural construction, working his way up to foreman. A few years later, the young couple was wed on Thursday, September 30, 1965, at Vera’s family farm.

Once married, they resided on a farm outside of Alma. Together, they were excited to start their family, however, they were dealt some difficult news early on when their first two children, Dennis (1966) and Bonnie (1967) died in infancy. Cathy arrived in 1969, with more heartache to follow in 1972 when Caroline died in infancy as well. They welcomed David in 1972, then Crystal (1974), Daniel (1977), and Randal (1979). By this time, Abner had entered the ministry and the Brubacher family had moved north to Parry Sound in 1973 to begin a new congregation. In early 1982, the Brubachers moved to the Elmira area where they experienced more loss when their son Roland died at birth. In 1993, their son Daniel (15 years old) died in a car accident. Their family was made complete with the safe arrival of Renita in 1984. This was the same year that the Brubachers moved to the Tara area to help start Glad Tidings Mennonite Fellowship.

Abner and Vera purchased a farm on Bruce Rd. 17, west of Tara, where they milked cows. In addition to his ministry, Abner worked tirelessly to provide for his family. In 1990, Abner started Brubacher’s Siding & Construction as another side job. In the beginning, he did many small jobs including siding, roofing, and some pole barns. Over time the business continued to grow, and he stopped milking in 1994 to pursue construction full-time. Through the years, the Brubachers got away from agriculture builds and more into residential construction. As Abner aged, his roles in the company changed, however, his support and guidance were always valued. He retired in 2012, at the age of 70.

Abner was a true outdoorsman at heart and loved the opportunity to hunt and fish. He enjoyed a good game of softball, jig-saw puzzles, and board games. I am also told he enjoyed crokinole and would never turn down a game of chess. Abner also enjoyed traveling and experiencing many countries with his family as part of his ministry. Together they saw portions of China, Thailand, Grenada, Mexico, and much of the U.S. and Canada. Abner also loved his history. It didn’t matter if he was learning about the history of the church, taking in world history, or just some local history, if there was something to be learned Abner was engaged. Like most of us, Abner was always thankful for a good meal and took great enjoyment in making a variety of mixed fruit drinks. I am told they were all one of a kind and could never be duplicated!

When not busy working Abner gave freely of his time. As a pastor, he was always involved with all the happenings at the church and helped with all groups and functions, including Bible and Sunday School. He truly cared about people, treating everyone he encountered with respect and dignity. Abner sought to make peace wherever possible and always stayed true to his faith. Understandably, this was not always easy, especially for a man who experienced the loss of five children, however, Abner was always grounded by his faith which helped him achieve much in his life. He was outgoing and enjoyed good conversations with members of his congregation and friends. He was truly a servant of God.

In 2010, Abner and Vera downsized and moved into Tara. Sadly, a couple of years later Abner started to experience some dementia. This diagnosis meant he had to give up many things he loved doing, including his ministry. Roles soon reversed, and Abner became the recipient of support. His family, friends, and community provided care and support where needed, and he lived out the remainder of his days surrounded by love. Abner went home to be with the Lord on Saturday, July 2, 2022, in his 80th year.

Visitation will be held at Glad Tidings Mennonite Fellowship (54 Park Rd, Tara) on Thursday, July 7, 2022, from 2 – 4 and 6 – 8 p.m. A funeral service will be held at Sauble Christian Fellowship (27 Southampton Parkway, Sauble Beach), on Friday, July 8, 2022, at 1 p.m. https://www.youtube.com/watch?v=mIsJ2XMf8VM Interment in Hillcrest Cemetery, Tara.