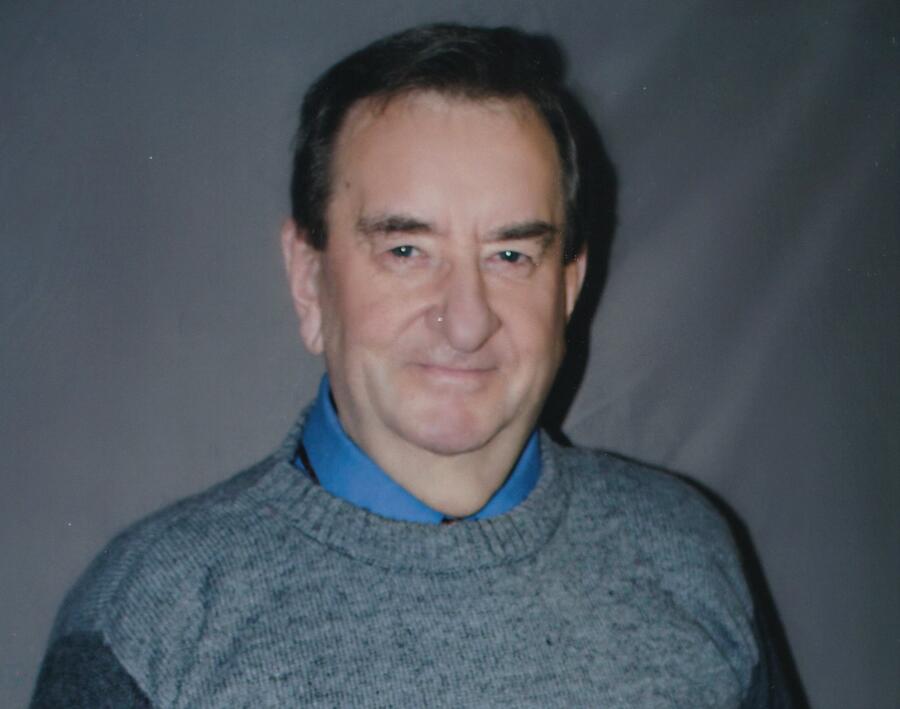 Allan Wayne was born on Monday, February 17, 1941, in Chesley, to proud parents Lloyd and Evelyn (Murray) Steinhoff. He was the youngest of the Steinhoff clan, joining older siblings, Marg, Donna, Bert, Betty, Ken, and Bill. Allan attended both public and high school in Chesley, where he soon took a fondness for sports… and he was good at them too! For Allan, there were two seasons, hockey and ball season. Although talented on the ice, his true calling was baseball. Allan had a great arm, which ultimately earned him a semi-pro try-out with the Toronto Maple Leafs Triple-A club, a farm team of the Detroit Tigers. Here he rubbed shoulders with the likes of Satchel Paige and others who went on to professional careers in baseball. Sadly, this was not the path meant for Allan, and although he never lost his passion for the game, he returned home to be closer to family and pursue other opportunities.

It was during this period that Allan took a liking to a young lady by the name of Sheila Maureen McClement. In time the young couple began dating and were eventually married on Saturday, July 22, 1967. Unfortunately, the day was memorable for all the wrong reasons as Allan was suffering from rheumatic fever at the time. In fact, he required his doctor’s permission to leave the hospital for the wedding before returning to the hospital after the ceremony…. can we say romantic? 🙂 The newlyweds settled in Elmwood for a short time, before moving to Hanover. At this time Allan was working at Krugs in Chesley before later moving on to Knetchel Furniture in Hanover where he ran the shipping department.

The Steinhoff family soon began to grow with the arrival of Mark in 1969. A couple of years later, the family welcomed Glenn (1971) before heartache struck again when Allan and Sheila lost their third son, Christopher in infancy. The year was 1976. Family was always important to Allan so understandably this was a big setback for him and Sheila. However, with the love and support of family and each other, they were able to move on and Allan relished fatherhood. In addition to always being there for his sons, Allan was a constant in their sporting lives as well. He coached the boys in both hockey and baseball, passing on his love of sports. If Allan wasn’t playing sports, he was watching them. Montreal franchises held a special spot in Allan’s heart, as he was a big Canadiens and Expo fan! The desire to teach and coach led Allan to assist with additional teams whereby he passed down his wealth of knowledge and experience to others.

By the late 1980’s, Allan was working at North Country Furniture in Chesley. In time this business eventually transformed into the Chesley Market where Allan thrived. There were several ups and downs during this learning period. However, persistence paid off and the market soon took off and moved to Southampton for future growth. There, Allan managed day-to-day operations until an opportunity arose to return to Hanover and run their market. He remained in that position for approximately the next ten years, before taking a job with the Bruce County Board of Education as a custodian. He spent the next ten years maintaining Sacred Heart High School and Walkerton District High School in Walkerton. He remained there until his retirement.

Allan had an eclectic taste in music and would listen to everything from rock to gospel. He was also a self-taught musician, learning the guitar on his own during his youth. Throughout life, he shared this love and talent whenever he could with friends and family. Many memories were made during family road trips and summer vacations, and who could forget Christmas? Allan absolutely loved the holiday season and the opportunity to bring his family together, enjoying each other’s company as well as the festivities. Allan’s pets were an extension of his family with Sandy the dog and Brittany the cat being favourites.

Allan was a fun, dependable family man who was selfless, always putting others before himself. He was gentle and humble, but also had a goofy side, and could be a jokester. Allan loved to keep up with the latest technology and relished time spent with his grandchildren. In fact, he could often be found learning from them, whether it was adding a new app to his phone, or investigating something new on his computer… Allan was always looking to learn. He truly treasured time with family and the memories and stories of these times together will live on for years to come.

Sadly, the last two years have been difficult for Allan as his health slowly began to decline. In recent months, his condition worsened, and Allan passed away surrounded by family on Friday, October 28, 2022, in his 82nd year.

Beloved husband of Sheila. Loving father of Mark (Melanie Knights) of Markdale and Glenn (Laurie Deratnay) of Hanover. Cherished grandfather of Aaron, McKenzie, Taylor, Nicole, and Evelyn and great-grandfather of George, Phoenix, Kohana, Addelyn, Ava, and Aleia. Allan will be dearly missed by his brother Bill of Durham as well as the entire Steinhoff family. He was predeceased by his infant son Christopher, brothers Bert, and Ken, sisters Donna Mink, Betty Wark, and Margaret Raymer, and his parents Evelyn (Murray) and Lloyd Steinhoff.

Visitation will be held at Rhody Family Funeral Home on Friday, November 4, 2022, from 12 noon – 12:45 p.m. with a memorial service honouring Allan’s life following at 1 p.m.

In lieu of flowers, memorial donations to the Heart & Stroke Foundation would be appreciated as expressions of sympathy.