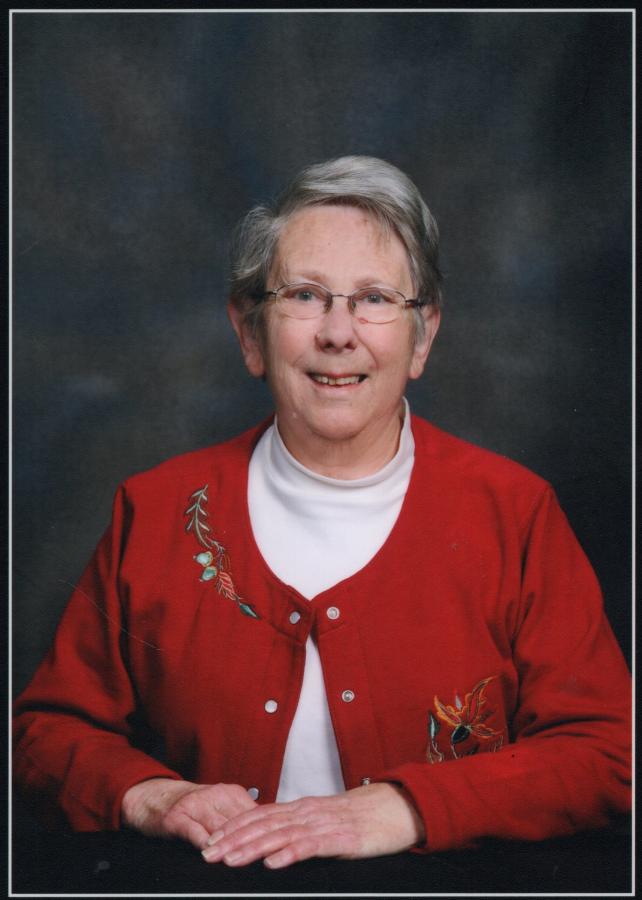 Angela “Angie” Mary was born on Saturday, December 27, 1941 in Chelmsford (Rickmansworth), England to Bertrand and Margaret Pamela (Watson) Locke. She was the middle of three children; Michael John (December 19, 1940), Angela, and Christopher Bertrand (October 11, 1943). Tragically, Angela’s father died on July 8, 1943, at the age of 37, months before Christopher was born. He was a Lieutenant with the Royal Engineers Regiment, in the Indian Theatre. He was buried in the Gauhati War Cemetery, India. Sadly, Angie’s mother also died young on October 18, 1956 also at the age of 37.

Angela attended school in Rickmansworth and when her mom died in 1956 Angela immigrated to Canada to live with her Aunt Barbara & Uncle Fred Alexander in Brampton. She was only fifteen. She attended high school before enrolling in secretarial school. Upon graduation, she began working for Workman’s Compensation Board in Malton and remained there for four years. It was there Angie met her future husband Harold “Hal” Arthur Norton Charles Lester. Angela then went onto work for Paul Langlais for a few years.

Angela and Hal were married on January 22, 1966 by The Rev. Maxwell Whyte at the United Apostolic Faith Church in Scarborough. They were blessed with two adopted children while living in Barrie; Pamela Jean in 1967 (August 10) at six months and Daniel James in 1969 (April 2) at four months. In 1973, the Lester family relocated to Mississauga, where the kids attended school. Angie remained at home caring for her young, growing family.

In her free time, Angie enjoyed spending time rug hooking, going for walks and reading. In fact, she loved to read. She enjoyed many different genres but Christian fiction novels and authors Karen Kingsbury and Wanda Brunstetter were her favourites. It should be no surprise that Angie also enjoyed gospel music. Jigsaw puzzles and crewel embroidery work were other favourite pastimes.

Hal retired from the Workman’s Compensation Board in 1992. During his retirement, he reached out to help some friends that owned Hidden Valley Camp near Paisley. Hal loved it there and three years later, in 1995, Angela and he moved to Paisley, calling Victoria Street home. He was quite active as a Cub and Scout Master, as well as an Awana Leader and Angie, supported his paid and volunteer work throughout their life together.

Sadly, Hal became ill in 2003 and died later that year on August 11th. This was a difficult time in Angie’s life but she relied heavily on her strong faith, family, and friends, who helped her through this challenging time. Her church family, members of Immanuel Evangelical Missionary Church in Paisley, became an extension of her own and she settled into a new schedule and way of life without Hal. In the fall of 2018, Angie sold her home in Paisley and moved into Brucelea Haven in Walkerton.

Angie was a loving, caring woman who could also be described as a little strong-willed. Maybe it had to do with an old-fashioned English upbringing? She was a survivor and was known for her favourite saying, “Me do.” Her life and legacy will live on in her family and friends.

Sadly, Angela passed away suddenly at Brucelea Haven, Walkerton on Wednesday, April 7, 2021 in her 80th year.

A memorial service honouring Angela’s life will be held when it is safer for everyone to gather. Inurnment in Glendale Memorial Gardens, Etobicoke.

In lieu of flowers, memorial donations to the Canadian Cancer Society or Bible League Canada would be appreciated as expressions of sympathy.

To all of Angie’s family,our sincere sympathy. Angie and Hal both were a lovely couple. Your mom was so tiny but with lots of spunk.

my deepest condolences on your loss, I always remember Angie as a brave, “let’s get on with it” young girl, she was faced with an insurmountable number of early life challenges but she had the strength to move forward and build a wonderful life. A remarkable lady

I am thinking of you Pam and William and Thomas and I will ask my church to keep you in my prayers when I have the chance to talk to my ministers from the hanover missionary church where i go now. I am not with my mom now because she is in brucelea haven where she was and told me that she was up on the 3rd floor to see your mom and i have a cousin on my side of my family that is there but she doesn’t know anyone at all.