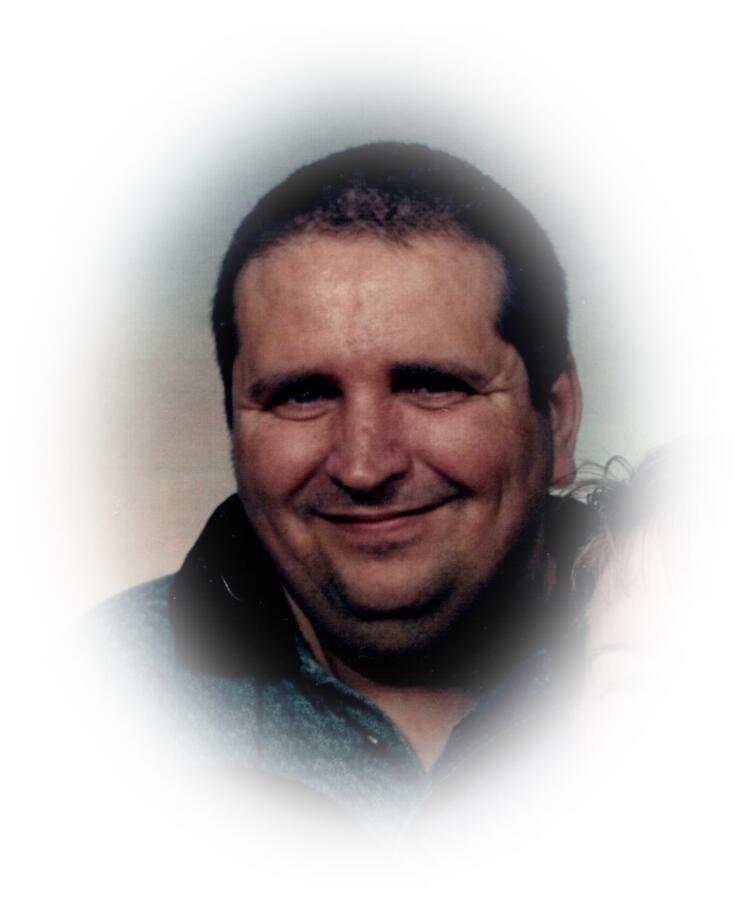 As a young man, growing up in the area of North Bay, Bernie was introduced to a young woman by the name of Ruby Rawn. Their relationship soon blossomed, and they were wed on Saturday, July 25, 1987, in Rutherglen, Ontario. In 1989, together they welcomed their son Joshua Daniel on February 20th and soon relocated to Chesley to be closer to Ruby’s family.

They called 4th St. S.W. home and Bernie loved sitting out on the porch playing his guitar and singing. He had taught himself this skill growing up and enjoyed serenading his neighbours. When not playing the guitar, he loved listening to country, 1980’s classic rock and most especially Meat Loaf. In his later years, Ruby and Bernie could often be found sitting on their porch, visiting with neighbours, taking in the beautiful weather and surroundings.

Bernie also loved sports. Honestly, there were not many days that sports were not part of his daily activities. On television, he loved to follow his beloved Montreal Canadiens as well as following professional wrestling, with Hulk Hogan being a favourite. When not watching sports, he was usually playing them, but not as you might expect. Bernie loved video games, particularly sports games, and spent countless hours entertaining himself with this activity.

Bernie and Ruby were very close, and the two could often be found together, no matter what they were doing. This often included their daily and weekly paper deliveries. Although not as committed as Ruby, Bernie could often be found helping her from the passenger seat during her deliveries. Through the years they must have delivered tens of thousands of newspapers, and they always took great pride in their work. Our community will truly miss both of them.

Sadly, just a couple of months ago, Ruby suffered a severe stroke and passed away shortly after on September 28, 2022. Bernie’s heart was broken, and he was truly lost. In recent weeks, the sparkle in his eye, his smile and his memorable laugh were missing, as he grieved for his wife. On Sunday, November 6th Bernie suffered a fatal heart attack, and although difficult for all of us left behind, we can all take some comfort in knowing that he and Ruby are reunited once again.

Loving father of Josh Lefebvre of Chesley and stepfather of Jeff Rawn and his wife Dana of London. Bernie will be sadly missed by Jeff’s daughter, Rebecca, sister Jackie Lefebvre and Aunt Olive Lavoie. He was predeceased by his wife Ruby, brother Ronnie, sisters Josie, Betty and Norma Lefebvre and his parents Euclide and Marion (Norman) Lefebvre.

A casual visitation honouring Bernie’s life will be held at Rhody Family Funeral Home on Saturday, November 12, 2022, from 3 – 5 p.m. All are welcome!