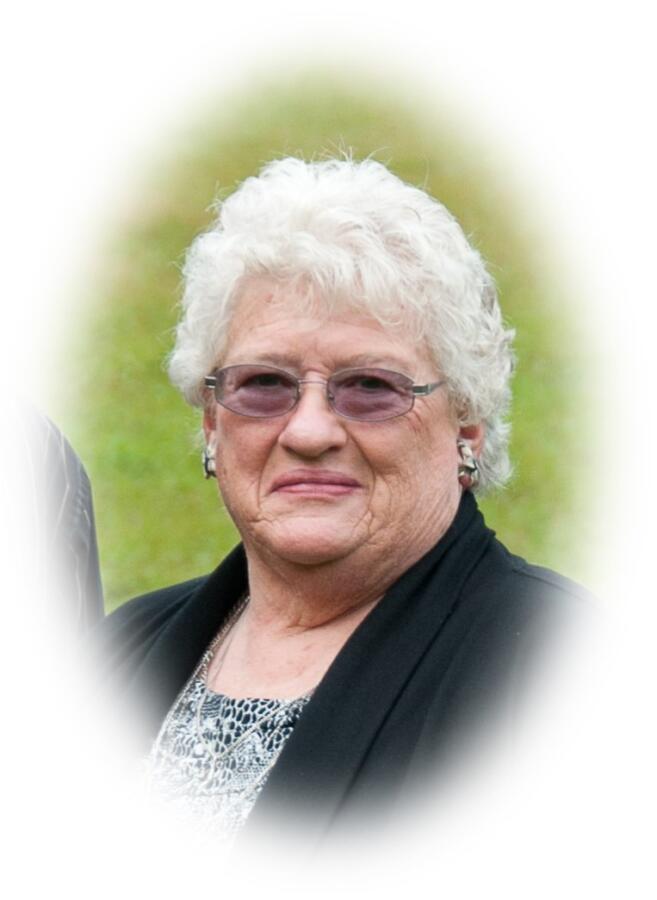 Elizabeth “Beth” Ellen was welcomed into this world by her parents, David “Jesse” and Grace (Dampier) McEnery on Wednesday, September 11, 1940, in Erin, Ontario. She was an only child and the third generation to live on the family farm, Lot 4, Concession 7, of Erin Township. In time she attended Peacock School before completing her high school education in Acton. As a child, Beth enjoyed horses and had her own pony. She was also very active in her local 4-H club, enjoying a variety of homemaking courses. At home on the farm, she also enjoyed working alongside her parents and had a knack for growing pumpkins. In fact, one year she won the local competition in Acton before going on to compete at the CNE.

Following high school, Elizabeth followed in her mother’s footsteps and enrolled in Lakeshore Teachers College in Toronto. After a summer of schooling, Beth took her first job at a small rural school outside of Georgetown, in Stewarttown. It was during this time that Beth attended a local dance whereby she met a young man by the name of John Henry Pearson. They both thoroughly enjoyed dancing, which they did that evening, and as the saying goes, the rest is history. Beth and John were wed on Thursday, December 27, 1962, at Ballinafad United Church.

The newlyweds soon settled in the Milton area, as John had rented a farm in Streetsville. Here, they welcomed their first son, David, on January 14, 1964. John had always wanted to own his own farm, and as fate would have it, they were able to purchase their own piece of paradise in Arran Township. On July 1, 1965, the Pearson family called the 100-acre parcel of land known as Lot 21, Concession 7, home. The following year their family was made complete with the arrival of Robert “Bob” on November 7, 1966. Obviously, life was busy for Beth around the farm as she cared for her young family. However, she always enjoyed teaching and wanted to get back into it. When the boys began school, Beth began doing a bit of supply teaching in Burgoyne, before taking a job opportunity at GC Huston Public School, Southampton in the early 1970’s. By 1973, Beth was teaching closer to home, at Arran Tara in a Grade 3 classroom. She truly loved teaching and interacting with the children. In time, she became the Special Education teacher, a job she thoroughly enjoyed. She took great pride in helping those children with difficult challenges. The impact she had on many of their lives did not go unnoticed as many have remained in contact with her through their adulthood. Even after her retirement in 1996, Beth continued to hear from many of her former students as her touch was felt by many.

Sadly, Beth’s life forever changed on Wednesday, February 5, 1992, when John passed away suddenly in his sleep. Although their time together was cut short, Beth always enjoyed helping John around the farm where she could. Sunday afternoon drives as a family, after church and before chores, where common occurrences as were family trips to the International Plowing Match when located close by. Likewise, as mentioned prior, they both loved to dance, spending countless hours hand in hand on a variety of dance floors. In addition to traditional dance, they also square danced.

In retirement, Beth enjoyed getting out of the house and spending time with others. She remained active in the Tara UCW and was a proud member of both the Bruce County Heritage Association and the Tara Agricultural Society. She also enjoyed sewing and was a great cook! As a diabetic herself, she was very mindful of ingredients and tried to accommodate everyone when preparing a dish. I am told however that she was best known for her Hawaiian sweet & sour meatballs and “Mrs. Pearson’s Mud Pies”… Enough said! She also had a soft spot for crafts, card making, shopping, and clothes. When shopping, Avon, Birkenstocks and Jaboli jewellery were noticeable favourites. If buying for others, it was usually a tea towel, napkins, or a reusable bag, as she knew the recipient would always be able to get some use out of it. When it came to food, Chapman’s Frozen Yogurt could fix anything (Beth’s words, not mine!), with Diet Pepsi and Iced Tea other favourites. Beth also enjoyed reading and was particularly drawn to magazines, health books and cookbooks. If you needed a recipe, Beth would be able to hook you up! She also enjoyed journaling, which she did throughout much of her life. When it came to television, educational programing was at the top of Beth’s list. However, she was also drawn to Cityline, Murder She Wrote, and anything to do with the Royal family. In her retirement, she and her fellow retired teachers would get together annually on the 1st Tuesday after Labour Day, to celebrate “To Hell with the Bell.” I can’t imagine why? 😊

Family was very important to Beth. Although her immediate family was small, as an only child, she spent a great deal of time with her cousins growing up. Through the years these relationships bloomed, and honestly, Beth was closer with many of her cousins than some siblings. When able she enjoyed physical visits to catch up with many of them. On two occasions, she even travelled to Tennessee to catch up with family. She and the boys took the slide camper in 1997, and she returned again in 2006. When her health limited her ability to travel, then they were just a phone call away. Let’s just say there was always more than a few pieces of paper that made up Beth’s monthly phone bills! Lol! Beth also enjoyed spending a great deal of time with her mother, as they were both widowed young. Honestly, they were more like friends than mother-daughter and that meant a lot to Beth.

Tragedy struck Beth’s family again in 2000 when Dave died suddenly in an automobile accident. As can be expected, Beth was heartbroken. However, with the love and support of her family and friends, she learned to live with this loss and tried to make the best of every day. In 2013, Beth moved off the farm and into an apartment in Tara where she enjoyed having friends closer by. Here, she continued to be her happy, caring, and giving self, always looking out for the needs of others. That did not mean she couldn’t be a tad bit stubborn at times, but then again, who isn’t? Sadly, in May of 2019, due to declining health, Beth made her final move to Central Place in Owen Sound.

Beth passed away after a courageous battle with cancer on Saturday, January 1, 2022, in her 82nd year.

Loving mother of Bob Pearson (Carla Howe) of R.R. #2 Tara. Beth will be dearly missed by friends Michelle Maine, Eddie and Margaret Ann Howe, Marg, David, and Sarah Playle; and will always be known as Grandma Beth to Benny and Maxwell. She will be fondly remembered by her sister-in-law Margaret Pearson, nephew Phillip McGregor (Kelly), niece Anne Watson and great-nephew Derek Watson. Beth will live on in the hearts and minds of her many close cousins and their families as well as her many friends and former students. She will be missed. Beth was predeceased by her husband John (1992), son David (2000), and her parents David “Jesse” and Grace (Dampier) McEnery.

Visitation will be held at Rhody Family Funeral Home, Chesley on Thursday from 4 – 7 p.m. All are welcome. A private funeral service honouring Beth’s life will be held on Friday, January 7, 2022. Spring interment in Hillcrest Cemetery, Tara.

In lieu of flowers, memorial donations to Tara United Church or Chesley Hospital Foundation would be appreciated as expressions of sympathy.