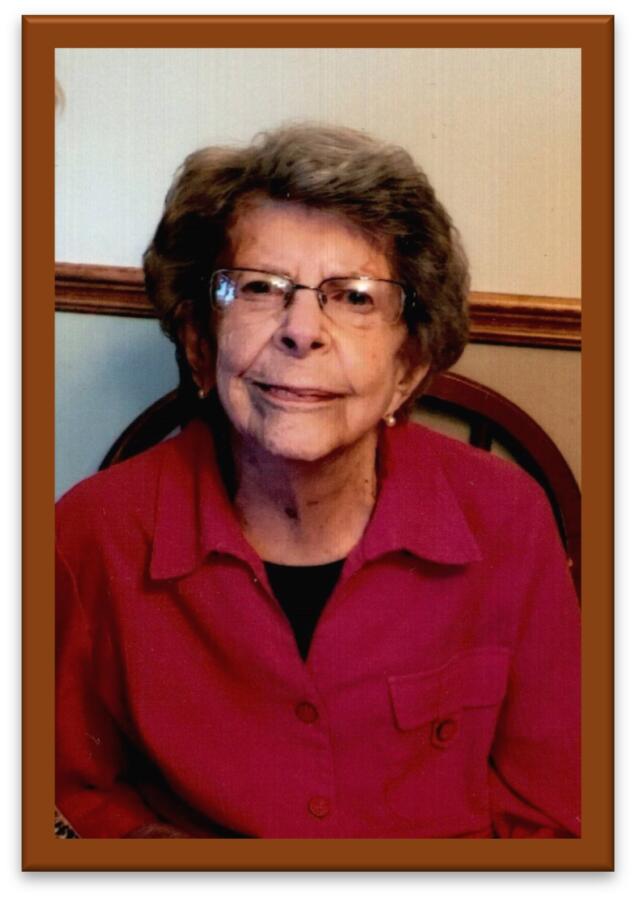 Elizabeth Jane was born in Verdun, Quebec (a suburb of Montreal) on Tuesday, October 7, 1924, to parents Arthur Herbert and Grace Ival (McIntosh) Snelgrove. She completed the family, joining older brother James (1922). The Snelgrove family settled in Toronto where Betty grew up. Throughout her childhood, times were difficult as their family struggled through the depression. Following high school, Betty trained at St. Joseph’s Hospital in Toronto, becoming a registered nurse. It was during this time that Betty was introduced to a young man by the name of Gordon Francis Daniels. In time, they began dating before eventually marrying.

In 1962, Betty and Gordon were looking for a change from their city life and jumped at the opportunity to buy a nursing home property in Tara. They soon relocated to the tiny village and called Tara Manor their own. For the next ten years, they worked side-by-side caring for their residents. Gord did most of the maintenance and running around, while Betty cared for the residents’ every need. To say Betty was very hands-on, would be an understatement! In addition to being the nurse, she was also the cook and a great one at that I might add, making homemade meals daily. The Daniels resided in the house next door and were only steps away should one of their 20 residents need their help. Sadly, in the early 1970’s government regulations continued to mount for small nursing home operations like Betty and Gordon’s. These changes, unfortunately, forced the Daniels’ hand, and they sold the business. Betty began working at Southampton Care Centre, but it just wasn’t the same, and her time there was short.

In 1974, Betty and Gord purchased a general store outside of Barrie and operated it for a short period. It was here, that Betty was discussing sharing her passion for knitting with a customer. Before she had time to think she blurted out, “So you’re a hooker too!” Needless to say, they weren’t the only two in the store, and the phrase “hooker” was completely misinterpreted. Betty might have lost a customer or two with those remarks, but she had a good laugh every time she told that story throughout the remainder of her life! The Daniels went on to call Elmvale home, whereby Betty continued to work in health care until her retirement in 1990. They purchased a small home in Chesley in 1991 and were looking forward to their golden years. Sadly, it was not meant to be as Gordon died in October of 1995. In time and with the support of family and friends, Betty adapted and settled into life on her own.

Betty was a loving woman, who was very determined and fiercely independent. In fact, she was sometimes referred to as “Mrs. Independent.” “The Queen” was another nickname for Betty and she often joked by saying, “Don’t treat me any different than you treat the queen!” All joking aside, Betty was a lovely lady, who enjoyed helping where she could. She gave of her time and talents and was involved with the Eastern Star, Horticultural Society, Red Hats, Chesley Hospital Auxiliary, and of course her beloved church, Holy Trinity Anglican Church in Chesley. In her younger years, together with Gord, they enjoyed snowmobiling and camping with their trailer. As previously mentioned, Betty loved knitting and always had a nice variety of flowers in her home, with African Violets being her favourite. When enjoying a beverage, Betty’s preference was Baileys or a nice glass of red wine. She loved her ice cream, and also had a soft spot for pies. She was a fabulous cook and baker, and her creations were either perfect, or you didn’t get it. She was an avid reader, enjoying a variety of novels. Likewise, she was a dog lover and had many K9 companions through the years, including Boxers, Dobermans, Labs, and most recently a Schnauzer. Betty enjoyed a good time, and many will recall one of her favourite sayings, “O balls!”

In recent years, Betty downsized further, and she made her final move in May of 2021, calling Central Place in Owen Sound home. Sadly, in recent weeks Betty’s health declined further and she passed away at Chapman House, Owen Sound on Wednesday, June 22, 2022, in her 98th year.

Loving sister to Dr. James Snelgrove of Englewood, Florida. Cherished aunt of Ann (Paul) Page of Connecticut, Ruth (Hank) Talon of Englewood, Florida, Mr., and Mrs. Ed Snelgrove of Massachusetts, John Snelgrove of Island of Oahu, and Susan (Mark) McQuiddy of Toronto. Betty will be fondly remembered by Carol and Jack Patterson and their family, as well as her many close friends. She was predeceased by her husband Gordon (1995), sisters-in-law Jeane Snelgrove, Margaret Anderson, and brother-in-law Eric Anderson.

In lieu of flowers, memorial donations to Christ Church, Tara, Residential Hospice of Grey Bruce or Chesley Hospital Foundation would be appreciated as expressions of sympathy.