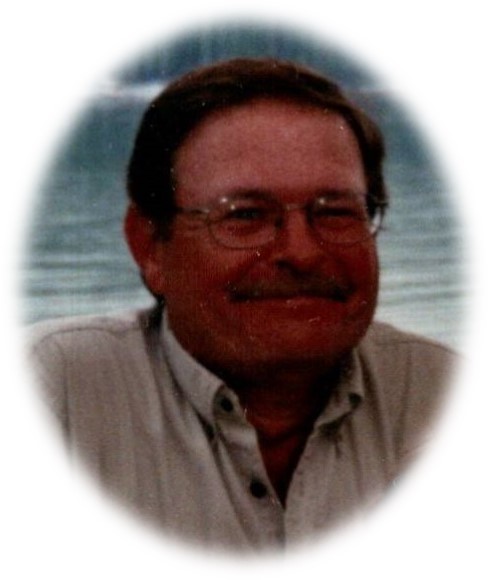 Beverley Lloyd was born on Tuesday, June 12, 1956, in Hanover to proud parents, Donald James and Dolores Florence (Rier) Bailey. Sadly, Bev was predeceased by his older sister Bonnie (1955) who died in infancy. Bev and his parents resided on the Monk farm, north of Hanover on Bruce Rd. 10 for a few months before buying a farm on the 6th concession in Bentinck Township. Here, the Bailey clan grew quickly with the arrival of Bev’s four younger brothers, Jerry (1957), Bruce (1960), Monty (1961), and Laurie (1964). The boys attended school close by in Lamlash before heading on to high school in Hanover at JDSS. In his youth, Bev loved helping his parents on the farm and particularly enjoyed his time with the horses and riding on the swather. It was also during these years that Bev received his first gun, a BB gun from his father at the age of 12.

Following high school, Bev began apprenticing as a stationary engineer. Upon completion, he had his 4th class and later obtained his 3rd class. He found work at the Peppler plant in Hanover before later on moving to Interforest, near Durham. In 1975, an opportunity arose whereby Bev joined Ontario Hydro, working in the steam plant at the nuclear site. This was also the same year that Bev was first introduced to Kathryn Jean Vyhnal. The story goes like this… at the time they were first introduced Bev was already engaged to be married to Kathy’s roommate. In the following months, the couple decided to end their engagement (on their own accord, without help) and went their separate ways. Bev and Kathy soon became friends, hanging out with similar groups, and eventually began dating. The year was 1980. They were married the following year on Friday, November 20th, 1981, at St. Matthew’s Evangelical Lutheran Church in Mildmay as there was no Lutheran minister in Elmwood at the time. Once married, they resided in Hanover for several months before purchasing their current home in May of 1982. Here they welcomed their daughters, Bridget (1982) and Samantha (1984).

Bev spent the better part of 32 years working for Ontario Power Generation. The shift work was difficult at times as particular events and milestones were missed. However, it also freed up additional time to spend with the girls and pursue other interests and passions. Bev retired in 2007, at the young age of 51, finishing his career as a senior operator in nuclear waste management. Back at home, there were many stories told about time spent with family, which was very important to Bev. The girls fondly remember their Halloween adventures with their dad. He was always sure to book time off to make sure he was able to escort the girls around on this special evening. Bev was also very mechanical and could fix a wide variety of things, so he was often the first call when family or friends ran into an issue. In true Bev fashion, when the request came in he would usually drop what he was doing and head out immediately to help alleviate the problem. Rarely was he stumped, and this included the times when grandma (Dolores) called because she couldn’t get the television remote to work! 🙂 All joking aside, Bev was very knowledgeable and resourceful and took great pride in helping those around him in need of a helping hand. At home, he completed many home renovations throughout the years. He would research everything (almost to a fault), then analyze it further, before proceeding. Bev was a true perfectionist. Although extremely talented, it was quickly pointed out that installing windows was not his forte, so that was one task he left to the professionals. Being a farm boy, Bev thoroughly enjoyed returning to the farm and lending a helping hand where he could. In addition to helping his parents throughout the years, he could also be found extending a hand to other family members including Doug Bailey and more recently his son-in-law John.

In his free time, Bev loved being outdoors and particularly hunting. It should be no surprise that the fall (a.k.a. hunting season) was his favourite time of year. In addition to deer, Bev headed north a few times to try his hand at moose but found that he preferred the challenges of Grey/Bruce more. During many of his hunting voyages, he was accompanied by his trusty k-9 companion Biscuit, who was near and dear to Bev. He was also known to do his fair share of culvert fishing… what an adventure! 🙂 When confined to the house, Bev enjoyed relaxing in front of the television. He was particularly fond of sci-fi, as well as home improvement shows, with Forged & Fire being a recent favourite. In his day he enjoyed sitting down with a good biography. In his retirement, he and Kathy did a bit of traveling and enjoyed the likes of the Dominican Republic, Jamaica, and made a few trips west to Alberta to visit Sam. Back at home, Bev planted trees for a couple of years for Lands & Forestry and loved tinkering away at odd jobs at their 60-acre rural property outside of Elmwood. Bev loved his coffee (black – I might add) and drank his fair share of it. He was also known to enjoy the occasional Labatt Ice. When it came to music, Bev enjoyed his Classic Rock. Bev’s appreciation of hunting led him to collect a variety of rifles throughout his life. Another soft spot, was his beloved first truck, a brand new 1976 black GMC, short box Sierra. He absolutely loved that truck and was heartbroken the day he had to let it go.

Bev was a fun, reliable, and all-around good guy. He was known to have a quirky sense of humour and loved spending time with his grandkids. He was a proud grandfather, always helping Shawn fix things and enjoying teasing Amelia on occasion. He always encouraged his daughters to do what made them happy. He taught them to be responsible with their money and to always think before they spoke, both admirable skills. Like most fathers, he did everything he could for his girls and his family, always putting their needs before his own.

Unfortunately, in 2018 Bev started to notice a difference in his health. He just didn’t feel himself, however, he made the most of every day. Sadly, it wasn’t until December whereby he was diagnosed with T-Cell lymphoma, a very rare form of lymphoma. He began treatment immediately but to little avail, as his health continued to deteriorate. Bev passed away surrounded by his loving family, at Hanover & District Hospital on Thursday, June 2, 2022, in his 66th year.

Beloved husband of Kathy. Loving father of Bridget Bailey (John Klages) of Elmwood and Samantha Bailey (Mike Leonard) of Red Deer, Alberta. Cherished grandfather of Shawn and Amelia. Bev will be fondly remembered by his brothers, Jerry (Kathy) of Desboro, Bruce (Sharon) of Tara, Monty (Marlene) and Laurie (Shelley), all of Hanover, as well as by his many nieces, nephews, aunts, uncles, and friends. He was predeceased by his parents, Donald and Dolores (Rier) Bailey.

A private service honouring Bev’s life will be held in the coming weeks with inurnment to follow in the Chesley Columbarium.

In lieu of flowers, memorial donations to Saugeen Hospice Inc. or Lymphoma Canada would be appreciated as expressions of sympathy.