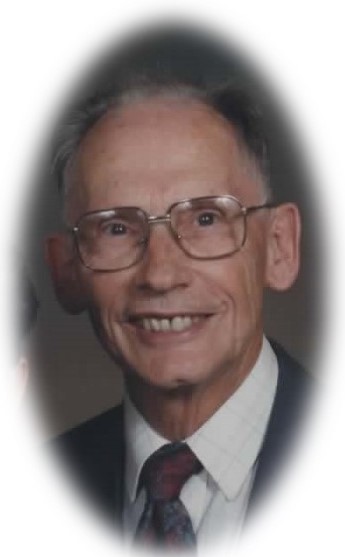 Robert “Bob” Andrew Donovan of Mitchell, formerly of Peterborough, passed away with his beloved wife of 67 years at his side on Tuesday, November 2, 2021 in his 95th year.

A devoted family man throughout his long life, Bob was eternally grateful for the many blessings of family, friends and community. Those fortunate enough to have known him are aware that he never took these for granted. He genuinely admired and celebrated the good in all whom he encountered, a winning formula for making others feel loved and appreciated.

Bob lived well and loved well. He believed that individuals have a responsibility to use their god given talents to make the world a better place. He channeled his efforts into a career in education, was an active volunteer, and wrote prodigious letters to the editor advocating on issues of social inequity. He sought to always think of the needs of others, often quoting Micah 6:8 – “And what does the Lord require of you? To act justly and to love mercy and to walk humbly with your God.”

For most of his career Bob was employed as a guidance counsellor for the Department of Indian Affairs, based originally out of the Orillia office, and later transferred to Peterborough.  He worked respectfully and collaboratively with First Nations youth and Band offices to facilitate students in pursuing their educational and vocational goals.  As a volunteer Bob worked with distinction at Telecare Peterborough and also at the local chapter of the Canadian Hearing Society.   Bob was also an energetic and involved member of Westdale United Church from its early days.

In Bob’s final years, struggling against the advancing ravages of Alzheimer’s disease, he still demonstrated in brief moments of clarity his gratitude for all who gave meaning and purpose to his life, and none moreso than his wife Barbara whose loyalty to the end eased his journey incalculably.

Special thanks to the staff and volunteers of the Peterborough VON Alzheimer’s Day Program for the caring support they provided to Bob and the family.

The family also extends its deepest  gratitude to the dedicated caring team at Ritz Lutheran Villa, in Mitchell, Ontario who worked so diligently to provide Bob with dignity and a welcoming, safe and comfortable home to the end of his days.

In lieu of flowers and in keeping with Bob’s altruistic nature, memorial donations to the West Perth Village Development Fund or the charity of one’s choice are greatly appreciated.