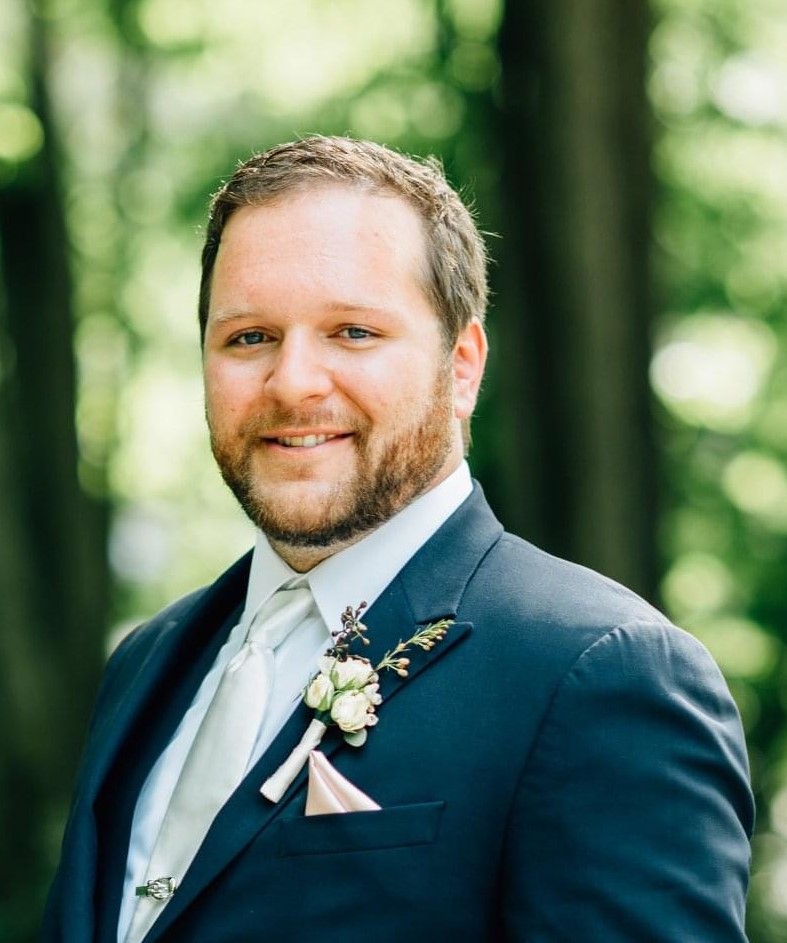 Brad was born in Brampton Ontario but moved to the small town of Chesley Ontario in grade 6. Brad had to quickly adjust to small-town living where he easily fit right in forming lifelong friendships.

Being as athletic as he was hockey and baseball came naturally to him even at the later age of 13. Brad was never one to back down from confrontations so while playing hockey he was always known for his love of fighting. He didn’t lose many, if any. Brad easily excelled and motivated teammates so after only a couple years he was given the position of team captain.

Brad met his wife of 3 years, Shelby Cavill, soon after he moved to Chesley. His confident attitude, quick wit and pretty blue eyes made it easy for Shelby to fall head over heels in love with the new guy in town. They began dating in grade 9 spending every possible minute together. 7 million sleepovers, pizza lunch dates, crazy family Toronto trips, smoky carport nights and endless late-night experimental snacks were always highlights of their sweet 16, high school love days.

Brad graduated from high school and moved to Sarnia, Ontario attending Lampton college, pursuing a career in human resources. After completing his degree he then made the decision to move to Alberta, to begin a whole new life.

Beginning his new life in Alberta meant starting from scratch. Living in a small basement suite with a dog, cat, Shelby and a friend from Ontario in Fort McMurray. While only having a TV on a milk crate, beds on the floor, and a free mystery couch off Kijiji they were all determined to do something better.

After six months of basement living more friends from Ontario moved out and they were able to find a bigger place to house them all. This is where Brad began his managing career. After only less than six months at his workplace, they presented him with the manager position. After two years of excelling at this position, they offered him the opportunity to move to Grande Prairie, where more great friends from Ontario were already living. In a month’s time Brad, Shelby and their cat Myles were in a U-haul headed to Grande Prairie.

At the time they moved oil had fallen in price and things started to really slow down, so after eight months of managing the Grande Prairie branch it was time for Brad to move on and find a new place to grow. This is when he started at Northern Metallic.

It didn’t take long for Metallic to notice Brad’s exceptional people skills and ambition to succeed. He worked hard and it didn’t go unnoticed when they offered him the assistant manager position, after just a short time working there. He loved working for people. He would do anything in his power to keep customers and staff happy but also was sure to be fair and reasonable. He always pushed people to better themselves.

While working at Metallic Brad met some of his closest friends again. Endless garage nights, darts starts till sunrise, camping, and backyard cook off’s Brad loved to entertain and loved to cook. It was never unusual for Shelby to come home to a house full of people; smiling, eating, drinking and laughing. Breakfast, turkey dinner and hamburger meat rice were Brad’s specialities but he was never afraid to experiment and try a new recipe. Making some of the best chicken wings and rhubarb pie known to man.

Brad loved people and was loved by so many. If love could’ve saved you, you would’ve lived forever. You will forever be missed as a husband, a son, a brother, an uncle, and a friend. Until we meet again.

Brad is survived by his wife Shelby, his parents Constance and Doug Johnson, his grandparents Shirley and Ted Brown, and his siblings Dan Johnson (Amanda, Vanessa and Kinsley), Philip Johnson (Jen and Nora), and Laura Johnson (Caleb).

He was predeceased by his grandfather John Johnson.

A casual, come & go celebration of Brad’s life was held at the Chesley Kinsmen Pavilion on Friday, August 27, 2021 from 3:30 – 5 p.m. Private inurnment in Chesley Cemetery.

Donations in memory of Brad may be made to the Canadian Mental Health Association at cmha.ca.

Thinking of all of your family as you celebrate Brad’s life, a life well lived and well loved. With heartfelt sympathy.

To Shelby and the entire family, my condolences on your loss, may your happy memories of Brad comfort you at this sad time.

Sincere sympathy to all of the family. May your lovely memories of a wonderful guy help you through the sad times.
Sincerely, Sherry Caldwell