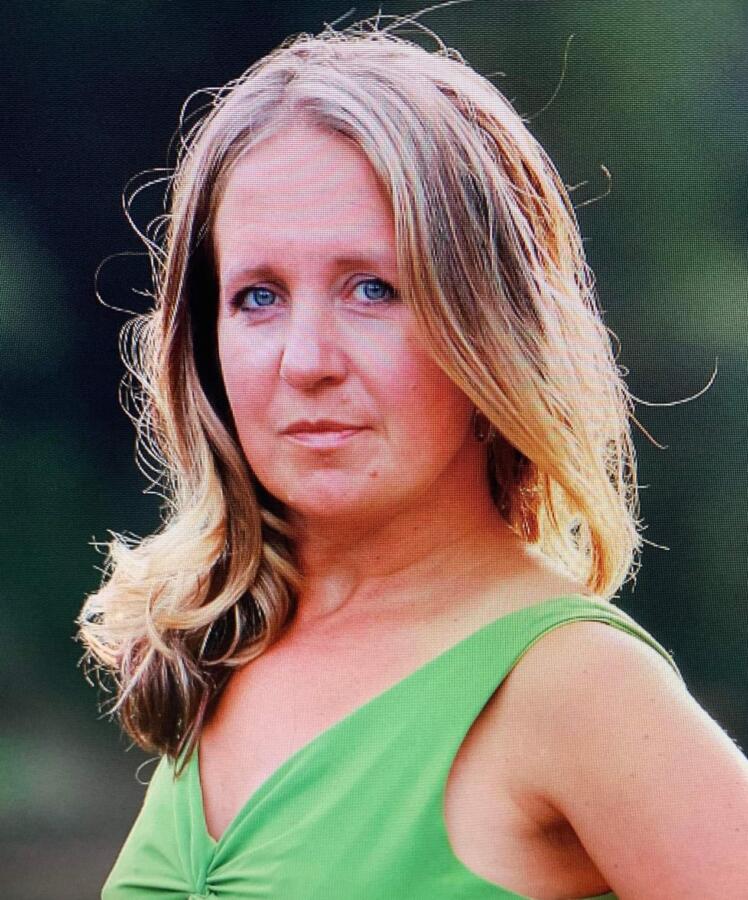 “Life is a challenge. Dare to live it in your own way.”

Carolyn enjoyed a good challenge. It didn’t matter if it was in sport, competition, or an unimpressive wedding venue, Carolyn was determined to do her best! She rarely said “no” and was always up for the next test. These challenges pushed her, allowing her to grow as an individual, whereby she went on to establish and operate her own business, Memorable Designs, and further expand her horizons. Her determination was ever-present. Sadly, Carolyn was taken from us way too soon. As we all mourn her death, please remember Carolyn’s character. Although difficult, she would want us to rise up during this tough time, learn from it, and continue down this path we call life with a better appreciation for the opportunity it presents all of us.

Carolyn Laurie was welcomed into this world on Sunday, January 22, 1978, by loving parents Robert “Douglas” and Joyce Carolyn (Kuhl) Keeling at the old General & Marine Hospital in Owen Sound. The Keeling family resided just north of Desboro and a few years later Carolyn was joined by her younger brother Robert “Bob” Douglas (1981). In her childhood, Carolyn enjoyed snowmobiling on the “Kitty Cat” and going with the Kuhl family on camping and fishing trips up north. The children attended school in Desboro, and it was during these years that Carolyn was introduced to hockey and baseball. She went on to participate in baton and later competed, amassing several trophies along the way. Carolyn attended high school in Chesley where she was a member of the Cougar’s volleyball team. During this time period, Carolyn began working at a neighbouring garlic farm. In addition to her regular tasks, she learned to braid garlic – no small feat I am told. The Keelings went on to establish their own garlic patch, which helped fund her post-secondary education.

Upon leaving home to attend college, Carolyn traveled east to Barrie and Georgian College where she enrolled in the Hotel Resort Administration program. Following her two years there, she moved on to a placement in Oakville, working for ClubLink. Here she gained great experience but missed the comforts of home and rural life. In 2002, Carolyn returned to Desboro and took a job with Peninsula Ford in Owen Sound. Over the next eight years, she sold and detailed cars, and worked in the parts department. Although she enjoyed the work, she always wanted more, with the thoughts of going into business herself. As everyone can appreciate, this was no small task, but she had the full support of her entire family. Carolyn’s dream, Memorable Designs soon came to fruition. Her first challenge… drumming up business! For the first few years, she supplemented her income by working at Desboro Tire during the week, and then for herself all weekend. The days were long, and there were many roadblocks along the way, but as was stated earlier, Carolyn was always up for the challenge. In time, the business expanded from her parents home to a storefront in Desboro. Carolyn worked hard building the business, and like many entrepreneurs wore all the hats. Her parents were her biggest supporters, and together they often spent countless hours together, preparing for, setting up, and taking down venues. Through her hard work and determination, Carolyn had built a name for herself and further expanded her business into Chesley in 2013. As most of you know, Carolyn was a creative woman, and thoroughly enjoyed gardening. This passion was seen in her from a young age whereby she could often be found working out in the flowerbeds with either one of her grandmothers. Therefore, what better area to extend your business into than flowers! Again, she wasn’t afraid to put the time in and build her skills, taking on additional challenges and staff. Many milestones, events, and celebrations were enhanced by Carolyn’s hard work and creations. She never said “no” and was always up for the next test! Being a florist, one must have a favourite flower, correct? In Carolyn’s case, she was drawn to orchids and sunflowers.

In her limited free time, Carolyn loved working in her own flowerbeds and keeping her property manicured just right! Honestly, mowing the lawn was possibly her favourite pastime, as I am told she could be quite particular! 🙂 When outdoors she also enjoyed taking in all the wildlife, particularly the birds. Autumn was her favourite time of year as she loved taking in the change of colours. Although not one to travel much, it is fair to say that Carolyn experienced every corner of Grey Bruce while working. When time allowed for her to just veg out, Carolyn enjoyed watching a Blue Jays game, HGTV, with Sundays being reserved for NASCAR. When it came to food Carolyn enjoyed her pasta and stir-frys.

Carolyn was a kind, giving woman who could be a tad bit stubborn at times. Although bull-headed she was who she was and these personality traits allowed her to accomplish much in her short life. Carolyn appreciated the support of her community and paid that forward countless times. She donated to countless events, by giving of her time, talents, supplies, or even monetary donations. She supported a variety of fall fairs, minor sports, tractor pulls, church, and community events. Simply put, if there was a need, Carolyn was there to offer support in any way she could.

The Keeling family’s world was forever changed in early 2015 when Joyce was diagnosed with cancer. The following year there was more bad news as Carolyn received word she had her own cancer battle ahead of her when she was diagnosed with astrocytoma. All of this came just months prior to Joyce’s passing. Carolyn weighed her options and was determined to put her best foot forward and fight, and that she did. She persevered and continued with her business as she navigated doctors appointments and setbacks. Thankfully, it was not all bad news for Carolyn as she welcomed David into her life in 2017. In addition to her family and close friends, he was her rock and support system. Like most in Carolyn’s life, he learned quickly… like to cut flowers (from the small side of the bucket)! He also learned that you don’t buy flowers for a florist! Lol! Also, he was not the number #1 male in Carolyn’s life but instead #2. I think we can all agree that Carter, Carolyn’s beloved k-9 had that place all wrapped up. In fact, it was hard to drive shotgun with Carolyn as Carter was always the pilot in the passenger seat. All joking aside, David and Carolyn were a perfect fit for each other and supported one another in the good times and the bad. Although their time together was short, many wonderful memories were created together.

In March of 2018, Carolyn made the difficult decision to have surgery as her health began to worsen. This was weeks prior to her busy season, the summer, whereby she had already committed to 25 weddings, no small feat at the best of times. Carolyn’s determination shone through though, and with the help of her family and friends, she persevered and fulfilled all her commitments. In the spring of 2019, Carolyn made the difficult decision to close Memorable Designs. Although this was not what she wanted she knew it was the best path forward for her health. She soon found work at Side Street Pizza and later the gas station, whereby she enjoyed the interaction with customers. Sadly, during this time Doug was also dealing with his own cancer battle. Thankfully, they were there to support one another and really valued their time together. Doug died in September of 2021 and in recent months Carolyn’s health has continued to decline. Upon her diagnosis back in 2016, doctors had given her five years. In true Carolyn fashion, she beat that, with her will and determination. Carolyn passed away at Chapman House, Owen Sound on Wednesday, May 25, 2022. She was 44.

Loving companion and best friend of David Brown. Beloved sister of Bob and his wife Colleen of Desboro. Carolyn will be dearly missed by her many aunts, uncles, cousins, and friends. She will be fondly remembered by the entire Brown and Skinner families as well as her many customers and colleagues of Memorable Designs. Carolyn was predeceased by her parents, Douglas and Joyce (Kuhl) Keeling.

An informal, come and go gathering, honouring Carolyn’s life will be held at Rhody Family Funeral Home, Chesley on Friday, June 24, 2022, from 7 – 9 p.m. where a public, memorial service celebrating her life will be held on Saturday, June 25, 2022, beginning 10 a.m. Inurnment will follow in the Chesley Columbarium.

In lieu of flowers, memorial donations to the Residential Hospice of Grey Bruce (Chapman House) or Chesley Hospital Foundation, two facilities that greatly supported Carolyn and her family, would be appreciated by her family.