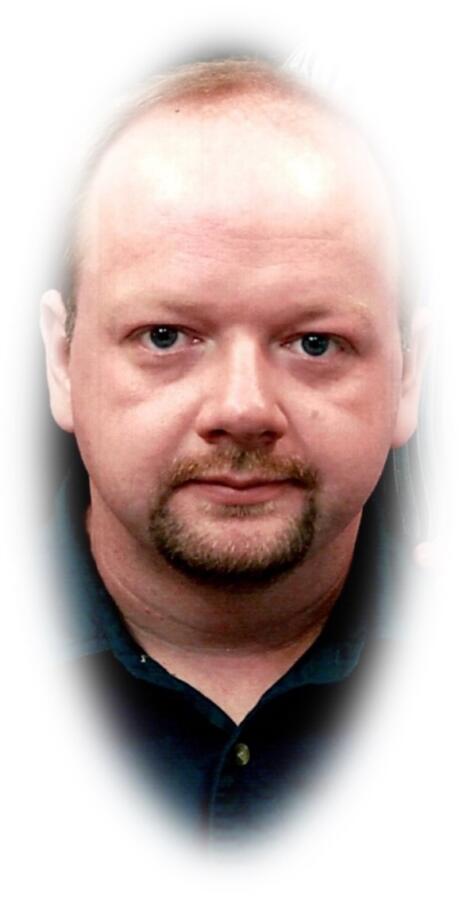 Donald Patrick Lembke was born on July 6, 1971 and was raised by his mother, Louise Olsen on a farm outside of Desboro. As a single parent, his mom worked hard but also taught him the valuable lesson of hard work while living on the farm with Aunt Barb (Cowie). Donny attended elementary school in Chesley until being moved to the Paisley school. He attended high school in Walkerton at the District. This is where the love of working with his hands continued, as his favourite classes were the shop classes. In fact, he excelled in these classes so well that the principal would pull Donny out of class so that Donny could fix the principal’s car. While in high school, Donny worked at Canadian Tire. He also enjoyed spending most of his time at his aunt Norma and uncle Bill Thompson’s farm near Tara. When he wasn’t working or with his family, he was known for getting into trouble and having fun with his friends.

After high school, Donny went to a school in Kitchener for welding. He was a jack of all trades. He thrived working hard on different equipment and anything that would keep his hands greasy. He worked as a millwright throughout his life, even without officially receiving his ticket. After college, he lived in the Kitchener area working there for most of his life. He worked at many different companies, such as Lazy Boy, where he made chairs, and Bud, and Rig, all doing mechanical work. He met many lifelong friends from his different jobs and ones that would always be there for him.

Donny’s family of two grew to a family of five when his mom Louise started dating, then marrying Ronald Osbaldeston. Ron had his two daughters Rhonda and Gloria with him, who were older than Donny. After Louise and Ron were married, they welcomed Patricia and Devin, making a full family of seven. Together, the family lived in Paisley for a while until Rhonda went to school and Gloria moved out. With Ron and Louise working hard to provide for their large family and Donny helped raise his two younger siblings.

Donny lived on a farm outside of Kitchener near the 401, closer to Ayr, which was great for him as he had space to work on his toys. He moved back with his family in Paisley in 2015. He worked in Paisley, which changed his life in a way he never thought imaginable. While at work, Donny sparked an interest in his colleague Amber Cronkwright. The two started dating in 2020, right before the pandemic in  February 2020.  Donny and Amber had such a strong connection right from the beginning. When they started dating, Donny didn’t only become a partner of Amber’s, he became an important part in her two children’s lives, Abigail, and Robert.  Donny started spending more and more time with Amber and her children, such that he started never going home, and unofficially moved in with them six months after they began dating. Donny treated Abigail and Robert as if they were his own children. The four of them would go for ice cream every Sunday and he would take the children fishing, having many water fights and lots of beach time. They also expanded the family by adding two dogs, Frank, and Lucy. Amber gave Donny something he had never received before or ever found anywhere else. He finally found the family and life partner he always wanted. Donny never wanted Mrs. Right Now, he wanted Mrs. Right, which he found in Amber. The love that they shared together between their family of four was something that everyone dreams of.

After work, he would use his skills and fix up old cars and old snowmobiles. Donny would buy cheap snowmobiles, work on them, and drive them around town until he saw the cops! He also spent a lot of time driving around on his dirt bikes and three wheelers. Donny enjoyed helping Gerald Thomas with his Clydesdale horses, doing the chores, and getting them ready for shows. He also spent a lot of his time in the local pool leagues, he played in Paisley, Port Elgin, Southampton, and Kitchener. Donny had many pets throughout his life, but Dana, his bullmastiff, was like a child to him. When Donny was in Kitchener, he met up with a lovely Hall family and would write letters to the kids as Santa. He also helped construct, hide, and move a full fish tank for their daughter for Christmas.  He was always there on Christmas Eve with them celebrating and building something for the kids. He was never one to turn down watching a new Disney movie with the kids, or watching a classic western, to binge watching the latest show. His music taste varied just as much as his tv habits, from ACDC and 80’s Rock to Elvis and country, and maybe the odd new hit wasn’t bad in his opinion, all of this was done with a coffee and milk in hand.

Donny was always direct and confident. If you were to ask any of his friends or family how they would describe Donny, they would all tell you the same thing. They would say “he was an asshole, but we loved him”, or that he was a cocky bastard. He was never afraid to speak his mind, but somehow always got away with saying what he wanted and bugging everyone around him. Donny had met many different groups of friends throughout his life. Every group of friends he came across, instantly became family to him. He had that effect on everyone he met. He made everyone feel comfortable and was very protective of all his family and friends.

Donny had struggled with health issues since 2019. Sadly, he recently went through more health issues and passed away at Grey Bruce Health Services, Owen Sound on Tuesday, August 23, 2022, at the age of 51.

Memorial donations to the Heart and Stroke Foundation or to the Grey Bruce Animal Shelter would be appreciated by the family.