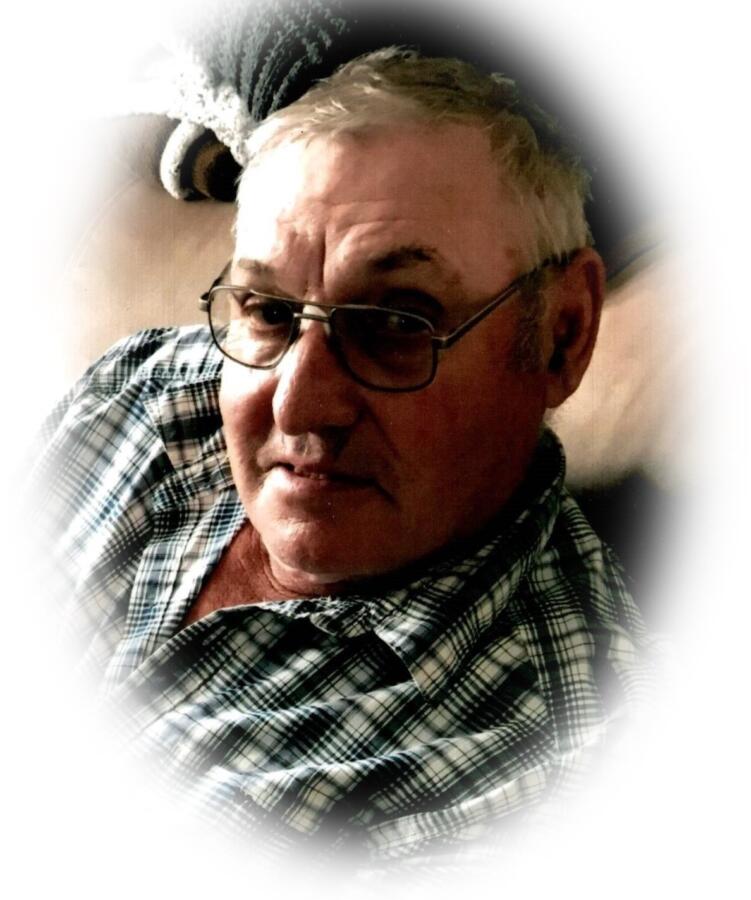 Edward John was born on Tuesday, January 8, 1948, in Kincardine to parents John Joseph Herbert and Florence Evelyn (Lewis) Hodgins. He was the second eldest of four boys; Bill (1945), Ed, Tom (1952), and Charles (1962). The Hodgins family resided on the 6th Concession of Greenock where together they ran a mixed farming operation. It was during this period of Ed’s life when he developed an interest in draft horses, especially Belgians. Like most young boys, the bigger the better! It began with wagon rides and was later followed by working with them in the fields. Ed fondly remembered seeding with them, spreading manure, and using the “horsepower” to transport the threshing machine. In fact, he often recalled not wanting to go to school but instead wanted to drive the horses. He went on to attend elementary school at S.S.#6 Greenock which was located 20 rods from the home farm and like many of his age, Ed did not go on to attend high school.

After schooling, Ed returned to help his parents on the family farm in the Greenock Swamp. It was also not uncommon for him to lend a helping hand to their neighbours. In 1965, at the age of 17, he headed out west in a 1957 Chevy with four friends for the harvest season with a total of $126 in their pockets. He really enjoyed that experience and always remembered that summer fondly. Stories were even told of nights sleeping in steel granaries…with rodent guests. Imagine!

In the fall of 1966, Ed bought a farm in Kingarf while working at the Teeswater Creamery. From 7 a.m. until 2 p.m., he gathered milk and eggs before delivering them to Teeswater, which allowed him the rest of his day to establish his own farm. On Saturday, July 12, 1969, Ed married a neighbour girl, Carolyn Eskrick. Together they were blessed with three children; Trevor (1976), Greg (1979), and LeaAnne (1985).

In the early 1970’s, Ed began working for Young’s Drainage operating a wheel ditching machine. He later went onto Cerson Transport in Bervie driving truck, hauling livestock to and from farms and auction yards. In 1979, Ed and his family sold the farm in Kingarf and moved to Paisley where they rented a farm just north of town on Bruce Road 3 and farmed the land for the next nine years. It was during this time that he also began working for Hutton Transport. Trucking allowed Ed to experience Canada, whereby he drove the roads from Halifax to Vancouver, and everywhere in between. These experiences left Ed with many fond memories; however, the long hours and occasional breakdowns were things he didn’t miss after stepping away from life on the road. While trucking may have been known as Ed’s day job, farming and raising livestock was his true career and source of fulfillment. It was also during this period that Ed spent a few winters cleaning grain for Norman Hagedorn. In 1989, the family moved just down the road and purchased a 100-acre farm north of Paisley just past the Saugeen Bluffs. Here they ran a mixed operation with beef cows, horses, pigs and chickens. For the next several years, Ed continued trucking for the Davis and Maxwell families, but sadly a stroke in 2003 limited his abilities to drive truck and required him to step away from his off-farm job.

In 2003, Ed and Carolyn divorced and Trevor made the decision to purchase the family farm. Ed continued to live on the farm and helped Trevor transition the operation into a feedlot where they fed cattle together for the next 16 years. In 2019, Ed moved to the town of Paisley to enjoy a slower pace, but still remained quite active in helping Trevor on the farm and in the fields, as well as lending a helping hand and creating a special bond with his son-in-law’s (Andreas) family who moved to farm in the Port Elgin area.

In addition to working with cattle, Ed also excelled in repairing equipment. He was mechanically inclined and enjoyed his time in the shop. He took great satisfaction when he was able to make repairs on machinery and often paid this kindness forward, assisting neighbours and family too.

Anyone who knew Ed knew of his love for Belgian horses. Through the years the Hodgins’ farm always had several horses. Ed regularly worked with them, took family and friends on countless sleigh rides, and even enjoyed the odd competition at local fall fairs. In 2002, he took one shot at the Royal Agricultural Winter Fair in Toronto with the help of George Teeple sending a yearling filly named Annie. Understandably, Ed was extremely proud of this accomplishment! In more recent years, Ed moved his two beloved horses Bob and Barney to the St. Helen’s area where they continue to thrive by working in the fields and gathering sap for the Stutzman family.

As a child, Ed had many fond memories of playing pond hockey. This appreciation of the sport continued into his adulthood whereby he was an avid Toronto Maple Leafs fan. Luckily, in March of 2013, Ed was able to experience a Leaf game in person with Greg. Although the Leafs eventually lost the game to the Jets, they were entertained by a 10-round shootout! Truly a memorable evening. In more recent years, Ed took great pride in watching his grandsons Owen and Declan participate in the sport. Back at home, he never missed a Leafs game on television (or on the radio). Interestingly, politics were another staple on his television. Likewise, no day was complete without listening to the cattle markets on CKNX 920. Once a farmer, always a farmer!

Ed was a very proud father and grandfather. He enjoyed one-on-one time with them, or just chatting on the phone. As a father, he was proud of all three of his children’s accomplishments. More importantly, as a grandfather, he loved spending time with his grandchildren and often remarked about his two “wild” granddaughters! Honestly, his fondness of his grandchildren and time spent with them brought the family closer over the last decade through holiday celebrations, birthdays and family time at the rink. Ed’s children also fondly remember their family trip to Manitoulin Island, visits with the Fraser’s, Cottrill’s and Gibson’s, and Christmas and New Year’s family gatherings at Grandma Hodgins’ house.

When it came to treating himself, Ed was not difficult to please. He nearly lived on a staple diet of beef, but would deviate from time-to-time with salmon, and like many farmers, he always enjoyed a good piece of pie. He loved to keep current by reading the Ontario Farmer, Western Producer and many local papers, and it should be no surprise that he was a fan of old-time country music with the likes of George Jones.

Ed’s faith played an important role throughout his life. He attended church regularly and was a long-time member of the Paisley Anglican Church congregation until its closing. He then went on to join the Knox United Church, where he continued to enjoy catching up with members of the congregation and being an active member of the church community.

Ed was a strong, hardworking, loyal man, who was known to be a little set in his own ways. He enjoyed socializing with anyone and everyone, always looking for a personal connection. Ed loved doing things the hard way and often took satisfaction in the process.

Sadly, in February, he was diagnosed with advanced cancer. Ed exemplified his strength and strong sense of faith up until his last breath and made the best of his remaining days by focusing on sharing memories and doing his best to stay positive. Ed passed away surrounded by his loving family at Huron Shores Hospice, Tiverton on Wednesday, March 30, 2022, in his 75th year.

Cherished father of Trevor (Julie) of Paisley, Greg (Tracey) of Feversham, and LeaAnne (Andreas) Wurmli of Palmerston. Loving grandfather of Declan, Sunny, Owen, and Addison. Ed will be fondly remembered by his brothers Bill (Bev) of Holyrood, Tom, and Charlie, both of Durham. He was predeceased by his parents John and Florence (Lewis) Hodgins.

Visitation will be held at Knox United Church, Paisley (399 Goldie St.) on Tuesday from 2 – 4 and 7 – 9 p.m. where a funeral service celebrating Ed’s life will be held on Wednesday, April 6, 2022, at 2 p.m. Spring interment in Starkvale Cemetery.

In lieu of flowers, memorial donations to the Paisley Fall Fair (please make cheques payable to the Paisley Agricultural Society), Arran-Elderslie Minor Hockey or Huron Shores Hospice would be appreciated as expressions of sympathy.