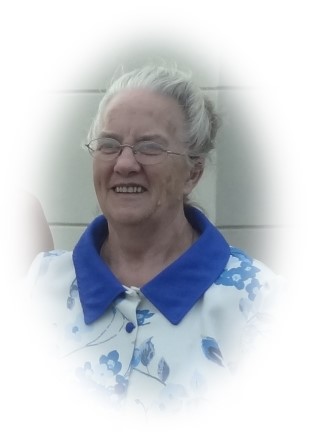 Be gentle. Be patient. Be loving. Be kind.

If there would be any words to describe Elisabeth, these would be it. She had a gentle and sweet soul and a quiet yet calming presence to her that could make anyone around her feel at ease. She instilled this into her family, which explains why she was the confidant of so many of the people in her life. Her kind-hearted spirit will live on and continue to touch those she met throughout her life.

Elisabeth VanGrootheest was born on August 1, 1939, to parents Gerrit and Woutera (VanRoekel) VanGrootheest in the town of Ede, Netherlands. Elisabeth wasn’t alone, she was joined by her twin sister Woutera. Elisabeth and Woutera were the 2nd and 3rd youngest of their family of 8. Their family grew up on a farm in the Netherlands before arriving by boat in Montreal on her 10th birthday and then settling in Caledon East. From there, her parents purchased the farm on the 7th line of Amaranth where she attended a one-room school until grade 6. Here, the family had dairy, beef cattle, pigs, chickens and turkeys. Her father grew sugar beets until all the children left home when it became too much work. Elisabeth continued her role of helping her dad with the many tasks that needed to be completed on the farm until she got a job at Cedarvale School as a caregiver to problemed children. Following this, she received a job working in a doctor’s office as a housekeeper.

While Elisabeth was still living at home in Amaranth, her parents discovered there was a young man, also from Ede the Netherlands, whose father was a neighbour of Elisabeth’s Mother in the Netherlands. Her parents invited this gentleman over for a visit, and his name was Gysbert “Gilbert” Janssen. Elisabeth and Gilbert hit it off instantly and went on to date for a year and a half before getting married on April 24, 1962, at The Netherlands Reformed Church in Bradford.  As newlyweds, they moved to a farm in Brampton, where they welcomed their first two children, Anita in 1962 and Roy in 1964. From there, they moved to Laurel, where they welcomed their other three children, Brenda in 1965, Diana in 1966, and Michael in 1968. The young family moved twice while living in Laurel, then moved to a cottage in Mansfield where they welcomed their sixth and final child Nancy in 1970. They then moved into the big house on the property. After one year Gilbert found a farm outside of Shelburne where they then moved to and farmed beef cattle and pigs. The family moved yet again, this time settling on a dairy farm outside of Chesley in 1974. Elisabeth enjoyed working beside Gilbert and their children cleaning the stalls and feeding. The one task that she always passed on to everyone else was milking the cows being she was scared of the cows! The family farm was such a special place that their youngest son Michael took over the farm and still lives there today! After years of farming, the Janssens moved to Bentick Sullivan Townline where he farmed 300acres. From there they moved to Scotland Ont. and then they return to Hanover on Grey RD 3.  After this, they moved to a beef farm in Tillsonburg, into a home that Gilbert built himself fulfilling the promise he made to Elisabeth years prior. Elisabeth loved living in Tillsonburg. It was her oasis, and she loved the community and home that she and Gilbert created together.

Elisabeth had been diagnosed with dementia 12 years ago, but with Gilbert’s help, she was able to remain in her own home in Tillsonburg. This was until she and Gilbert moved to their current home farm on the Normanby Bentinck Townline to be closer to their children. Gilbert was her rock and best friend throughout her entire life. She was able to rely on him and even though it was a hard diagnosis to cope with, he was there every step of the way to support her. This type of undeniable love is what helped their marriage continue for 60 years. It wasn’t all sunshine and rainbows, as there were a few moments where she became mad at Gilbert. One night, Gilbert went to the fiddle concert in Shelburne with friends of his and she stayed home with the kids. He called Elisabeth to ask her to join him, Elisabeth wasn’t too happy, what would she do with the children. When he got home, the gentle kind-spirited Elisabeth turned her full wrath on him. Instead of buying flowers to make up for it, she received an alarm clock, which she kept for years as a reminder. Another memory the family remembers when Elisabeth wasn’t too impressed with Gilbert was involving a quick haircut. She always had long hair, and one particular day decided to get a perm, which she was so proud of. Gilbert didn’t like her perm, so he took it upon himself to grab the scissors and give her a haircut. She was not overly impressed with this, but thankfully her hair grew back!

Elisabeth loved spending time in her flower garden and watching the flowers bloom. She spent time in the vegetable garden, not because she wanted to, but more because she had to so that she could provide for her family. Thankfully, when her children got older, she would send them to the vegetable garden and she could continue to do other rolls around the farm. She was a great baker and loved to make and eat anything sweet from ice cream, cookies, and brownies. Elisabeth and her family would love road trips as they would get KFC, which was always a special treat. Elisabeth had a passion for reading. It wasn’t hard for her to get lost in a good family-oriented or Christian book. So much so that she would forget everything around her, which often resulted in the potatoes for supper getting burnt!!

More than anything, Elisabeth loved her family. From Gilbert to their children, their grandchildren and their great-grandchildren, they showed her the true meaning of love. She took pride and joy in each and every one of them and would put their needs above all else. The memories that they shared as a family will always be cherished. On top of her love for her family, she loved dogs. They always had a dog on the farm, and she loved each one more than the last. Their current dog Spotty held a special place in her heart. When her Alzheimer’s got worse 4 years ago, she had a hard time remembering her family, yet she still remembered Spotty’s name. Spotty would lay with her every day, and as her health deteriorated, he continued to be there, and this provided Elisabeth with a sense of comfort. She was able to stay in her own home until the Monday before she passed when she was moved to the Chesley Hospital. She passed away peacefully at the South Bruce Grey Health Centre, Chesley, on Sunday, July 3, 2022, in her 83rd year.

Beloved wife of Gilbert Janssen. Loving mother of Anita Galloway (Wade) of Wiarton, Roy (Cyndy) of Blenheim, Brenda Pott of Grand Valley, Diana of Elmwood, Michael (Nora) of Chesley, and Nancy Vandervoort of Elmwood. Cherished grandmother of 15 grandchildren and 14 great grandchildren. Dear sister of Klaartje Procee. She will be missed by her sisters-in-law in Canada, her family in The Netherlands, and many nieces and nephews. Predeceased by her sons-in-law Arnold Pott (2000) and Rick Vandervoort (2020), her parents Gerrit and Woutera VanGrootheest and her siblings Maas, Walter, Drika, Gerrit, Woutera, and Evertje.

As expressions of sympathy, donations to the Alzheimer’s Society, Chesley Hospital Foundation or charity of your choice would be appreciated by the family.