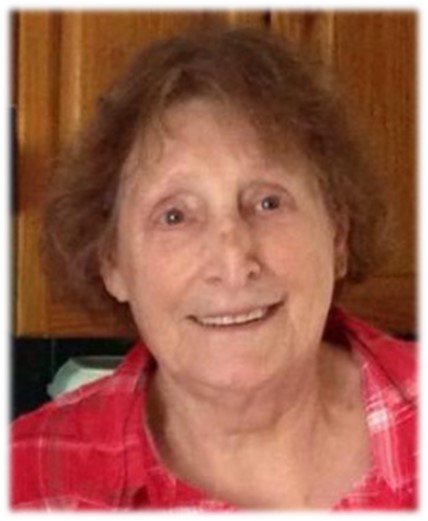 Evelyn Ruth was born on Sunday, December 29, 1935, in Schomberg, Ontario to proud parents, William “Leslie” and Elsie (Butler) Bryan. She joined older sister Mildred and was later followed by younger siblings, James, Marion, William, twins Keith and Kenny, Gary, and John. The Bryan family resided on a farm outside of Tottenham and the kids were educated in a local, rural school.

Once finished school, Evelyn helped her parents at home on the farm, in addition to helping neighbours with housework. During this time Evelyn regularly attended local dances, particularly at the Black Horse. On one such occasion, she met up with a neighbour boy by the name of Joseph Leslie Raymond Ireland. The two hit it off immediately and were married the following year. The year was 1954. Later that year they welcomed their daughter, Elaine, with Jo-Anne arriving in 1955. Sadly, both girls were only months old when Joseph was critically hurt in an accident, leaving him a paraplegic. Evelyn was forced to adapt quickly, and therefore supported and cared for not only her two young daughters but also her husband. Unfortunately, Joseph died in 1961, and Evelyn’s world was turned upside down again. She worked hard and often relied on family and friends to help with the girls.

Life forever changed again for Evelyn when on her way to watch a movie with her parents, Anson Edward Fry was walking down the road, and Elsie said, “pull over and let’s ask Anson if he would like to go to the movies with us?” He accepted, and soon the two began dating. They were wed in 1963, and Anson soon became a father figure to Elaine and Jo-Anne. Evelyn’s family continued to grow with the arrival of Kathy in 1965 and Leslie in 1968. The following year the Fry family moved north and settled on a farm on the 12th of Bentinck. On Halloween 1973, the Fry family moved into town, calling Chesley home. Once the youngest two were off to school Evelyn began working at Krug’s and remained there until its closing. Following that she took a job with Red Cross providing home care locally and remained in that position until her retirement. In 1999, life forever changed again for Evelyn, when Anson passed away. Once again, a widow, she was supported by her family and friends.

Evelyn loved to quilt and spend time in the garden, particularly working on her rose bushes. In fact, I am told on several occasions residents of town would purposely walk past Evelyn’s home to admire her flower gardens. She was also a fabulous cook and an even better baker. Evelyn’s pie crusts were untouchable, as no one could match her talents… even with her recipe! 😊 The kids fondly remember enjoying many of mom’s delicious apple and peach pies. Evelyn was an avid reader and was particularly fond of Betty Neels writing. She was an animal lover and developed a very special bond with many, many stray cats, and dogs through the years. Any animal that appeared at her door would receive her attention (and food), with the special ones even becoming pets and members of the family! Evelyn was active in her church, Geneva Presbyterian, and was a regular at Sunday services. Her love for music, and specifically gospel music, led her to join the church choir. Who knew then that she would remain with the choir for the next twenty years?

Evelyn was a strong, loving woman who always put her family first. This didn’t mean however that she couldn’t be tough on those she loved. Given her many challenges throughout life she always encouraged her children to “think for yourself” however, she was always there to help along the way. Although Evelyn was a terrific mother, she wasn’t perfect. As a point, ask the kids to look at Elaine’s wedding photos. If so lucky, upon close inspection you will notice that Anson and Les are not present. That is because Evelyn and Anson headed out for the wedding and accidentally (or that is what she said) left Les at home sleeping. Needless to say, as soon as the wedding ceremony was over, Anson was in the car speeding home to retrieve Les (who was still sleeping I might add) and include him in the very memorable (for a couple of reasons) event! 😊 Evelyn had a fantastic memory, which made many people envious. Birthdates were her speciality, as she could recite them all, from her parents to siblings, children, all the way to her great-great-grandchildren. Amazing!

In 2000, Evelyn downsized again, moving to Hanover. Here she enjoyed her retirement years and spend more time with her family, especially the new additions. Her pets and the television kept her company, and she made the most of each day. In 2020, Evelyn’s final move took her to Serenity in Durham, where she received further support that allowed her to keep her independence. Sadly, in the last few years, her health continued to decline and although her body began to fail her, her memory did not, and she remained as sharp as a tack until her final days. Evelyn passed away at Hanover & District Hospital on Friday, August 26, 2022, in her 87th year.

Memorial donations to Saugeen Hospice Inc. would be appreciated as expressions of sympathy.