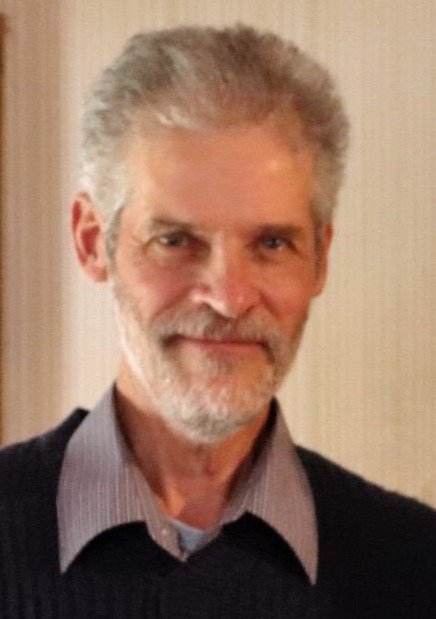 Floyd was born on October 24, 1955, in Kitchener to parents Harold and Nelda (Wagler) Cressman.  He was the second youngest of six children David (1948), Dorothy (1950), James (1951), and Esther (1953), with younger brother Ronald joining them in 1957.  Home was a mixed farm east of Wellesley where there were many daily chores for the whole family to participate in.  He attended six different schools, beginning at a one room school house at Berletts Corner and was part of the track and field team at Waterloo Oxford Secondary School in Baden where he graduated.  Following grade 12, in addition to working on the family farm he worked for a year making dog food at Pestells in New Hamburg.

Although they first met in grade 7, it wasn’t until after high school that Floyd began dating Norma (Lebold) from Baden.  They were married on May 28, 1977, at Shantz Mennonite church after which they rented a farmhouse in Phillipsburg for the first year of their marriage and then moved north a few miles onto a farm of a family friend Ohmer Jantzi.  There Floyd managed a sow herd while also raising some veal calves for himself.  He and his brother James started a custom swathing business JF farming as well.

In 1979 they welcomed Blaine into their lives.  After working for Ohmer for three years, Ohmer reluctantly told Floyd that he had heard of a pig farm for sale near Hanover.  In May 1981, Floyd, Norma, and Blaine moved to their current farm between Hanover and Walkerton.  Soon there was a 50 – 55 sow farrow to finish operation running, with about 400 to 500 pigs of all ages in the barn, at any given time.  It was a multiplier herd for McLeod Hybrid with Landrace sows and Yorkshire boars.  The gilts were sold as breeding stock to other farmers and the rest of the market weight hogs were taken to the Elmwood marketing yard for shipping – averaging about 20 pigs per week each year.  One memorable week, 40 pigs went to market making for an extra-long workday!!

Twice a year the liquid manure from all those pigs needed to be put on the land – this was a big job that was always a big stink in the neighbourhood!!

Along with cropping the land he managed the bush on the property, cutting firewood and working towards improving the natural forest.

Not only was the farm operation growing, but so was the Cressman family, with the arrival of daughters, Caroline (1982) and Janet (1987).

Floyd was a hard worker and especially enjoyed working as part of a team as he had with his three brothers at home on the farm, building barns and a house addition. His high school shop classes equipped him well to practice what he had learned – wiring houses, barns, all aspects of cement work from determining how much to order for a job/mixing a mixer himself, to troweling and even welding, was often done to build pig pens or repair machinery. His John Deere loader tractor was his favourite tool it seemed since the snowblower never got used after getting it!!  He also used it to lift logs for sawing into lumber on one of his other favourite tools, the portable sawmill.

Floyd was active in the Hanover Mennonite Church as an usher and was always willing to help out where needed.  He was also active with the Grey Bruce Pork Producers and enjoyed organic farm tours and bush lot tours over the years.

Floyd was a quiet person who led by example. He freely shared his ideas or tools with those who asked, and anything he borrowed was always given back in better shape than he received it.  He was a humble man, who loved spending time with his family.   Sundays were for family time, attending church and socializing with friends and family, going for a walk in the bush or playing games.  Popcorn for suppers on Sunday night was a longstanding tradition.

I am told he had many favourites when it came to his grandsons, but only one favourite granddaughter… right Jayda? 🙂  All joking aside, Floyd loved his entire family deeply and enjoyed the time he got to spend with them.

Sadly, Floyd was diagnosed with advanced pancreatic cancer on July 18th, 2022. Although devastating news to both Floyd and his family, together they supported one another and made the best of this difficult situation.  Floyd began to accept the possibility of what this diagnosis meant for his future, spent time reflecting on his life and made amends as he saw fit.  Most importantly, he wanted to remain at home on the farm as much as possible throughout his illness and thankfully his family was able to facilitate that request.  His entire family, including his grandchildren, were present every step of the way.  Being an organic farmer, Floyd appreciated everything this beautiful earth has to offer, and he wanted to leave as small a carbon footprint as possible when he passed.  He requested a green burial, and his family respected and supported his wishes; thus, Floyd was interred in an entirely natural and green portion of the Holstein Cemetery.

Floyd’s life journey ended on Wednesday, September 21, 2022.  He passed away peacefully and pain free on his front porch with his family by his side. He was 66.

A memorial service honouring Floyd’s life will be held at the Hanover Missionary Church on Tuesday, September 27, 2022, at 11:00 a.m. with the Rev. Juanita Laverty presiding. Private interment in Holstein Cemetery has taken place.

In lieu of flowers, memorial donations to the Hanover Mennonite Church would be appreciated as expressions of sympathy.