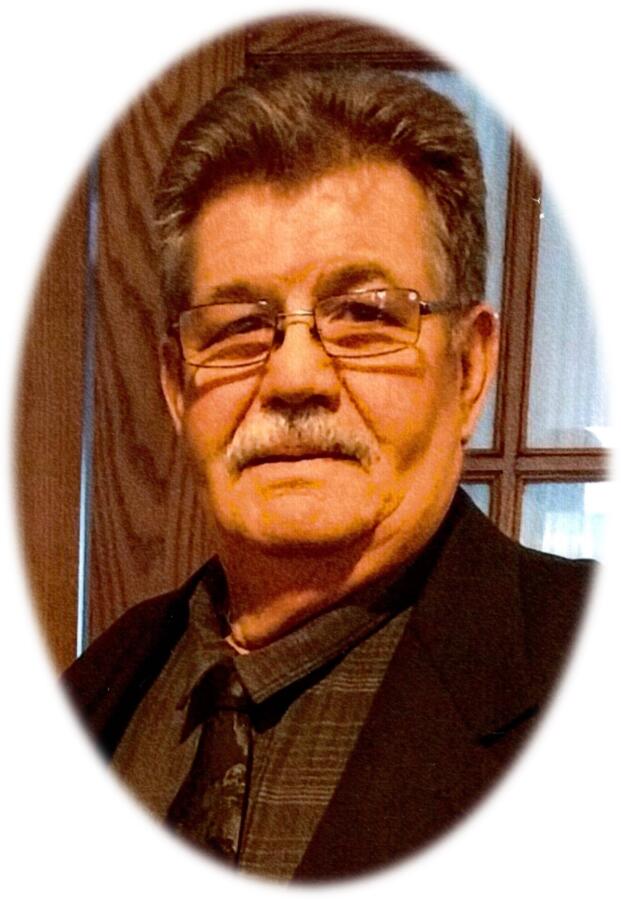 Fred truly believed these words. In fact, he often wondered why everyone didn’t get into agriculture. From a young age, Fred fell in love with life on the farm and he loved working with cattle. Who knew then that he would dedicate his entire life, more than 46 years, to the cattle industry. He definitely found his calling and loved every minute of it. He was a fixture in the cattle industry and his wealth of knowledge will be dearly missed.

Frederick Cecil was born on Sunday, September 4, 1955, in Chesley to parents James and Marian (Barber) Jacklin. He joined older brother David, along with his parents on their mixed family farm on the 12th of Brant. In short order, the Jacklin family continued to grow with the arrival of Bonnie, the two sets of twins-Bruce and Bryan, then Douglas and Donna, and finally Roger. The children went on to attend Thaler Public School on the 14th of Brant. After this, being young and adventurous, Fred and Richard Slumskie headed west to experience the prairies, whereby they found work and spent several months there. Upon returning to Ontario, Fred teamed up with his buddy John Musehl and took a painting job with John Mauer. Their painting career was brief, yet years later, on tours with their wives, they seem to have painted almost all the properties around Walkerton and beyond!

While attending a Junior Farmer’s dance at the Elmwood Community Centre, Fred was introduced to a young woman by the name of Marianne Frook. I am told that Fred did not win over her heart on the first night, however, he was very, very persistent, even surprising Marianne in the hospital parking lot after her afternoon nursing shift. In time, the young couple began dating and they were wed at St. Peter’s Lutheran Church in Brant on Saturday, March 20, 1976. They settled in Walkerton briefly, then moved to Hanover. They welcomed their first son Cory later that year. They purchased the farm on the 8th of Brant in 1980, and their family was made complete with the arrival of Craig that year as well.

Fred’s career path led him to Tri-County Cattle Company. Like many of us, he started with basic tasks like swinging gates, separating cattle, running the scales and helping at the sales. However, his strong work ethic and devotion to the industry soon saw Fred rise through the ranks. In time he became a cattle buyer and was known to many of the farmers in Southwestern Ontario. He built many strong relationships within the cattle industry not only in Ontario but throughout the country.  Fred’s truck was his office, and he had literally hundreds of conversations with local farmers in this setting. In later years, his cell phone allowed him to always remain connected. After many years of successful business, Jerry and Fred decided to slow down a bit and sold the business to Frank and Chris Pletsch, and it was renamed Maplehill Auctions Ltd. After the sale, Fred and Marianne moved into Hanover. He embraced the role of mentor and continued to buy and sell cattle for Maplehill. He was a fixture at the local sales barns in Brussels and Keady and remained active until his sudden passing.

Fred was not all work and no play though! In his younger years, he and his friends would often head out golfing (or at least they took their clubs :)). Together with Marianne, they were regulars at dances in Elmwood and were always on the dance floor when Charley Pride’s famous “Crystal Chandelier” played. Labour day meant the annual Jacklin corn roast, complete with hay rides, for neighbours, family and friends. Sundays meant BBQ’s at the Jacklin house or at one of their neighbours or friends. It should come as no surprise that Fred’s favourite grill was a good steak. Every summer, they headed to the Jacklin family cottage for a little R&R. Fred also enjoyed boating and water skiing at Arran Lake. The Jacklin’s enjoyed traveling which usually meant they were on a Caribbean Island for Marianne’s birthday in January. The trips with family and friends began in 1977 and continued yearly until their last adventure to Spain. When appropriate, Fred enjoyed a Caesar or a good shot of rye and Pepsi. Many stories came from these fun times! Fred also enjoyed hunting and could often be found with a rifle in hand during deer and coyote seasons.

Fred believed in being part of the community. When the boys were young, he helped to coach ball. He was on the Elmwood Community Centre Board for many years. He and Marianne were willing helpers at many Elmwood Chamber of Commerce events including Fun Fair, Hay days, helping at dances and many more. While on the farm, both Cory and Craig had a 4-H calf for a few years. That led to Fred becoming a sought after judge at Brussels and various fall fair events. Fred enjoyed curling and his passion and connection to the Canadian Cattlemen Association soon led Fred to become involved with the Cattlemen’s curling program, first as a curler, then holding a Board position and then helping organize the yearly event, when in Ontario. Through the years he saw much of the west at these events and made countless new friends and associates throughout the industry.

In his limited free time, Fred enjoyed working at home on the farm. He passed down the values and knowledge he learned throughout life to his sons. He was very proud of both his sons and was happy to lend an ear and any knowledge on a regular basis. Many will remember one of Fred’s favourite sayings, “Do as I say not as I do!”, remembering we are always learning as we walk down this path we call life.

Although Fred enjoyed socializing, he was a private man. Many of his acts of kindness were done anonymously, but many were truly blessed by his giving ways and support. Fred was very organized and ALWAYS on time! This trait earned him the nickname “fast and furious Freddie.” He had a big heart and loved his family dearly. This love and support was also given to his friends. A funny story was told of how Fred helped Sharon Musehl with a bat problem. John (Sharon’s husband) was out west visiting a friend, and a bat awaken her flying around the bedroom. The next night, Fred agreed to meet her at the farm, at midnight after her afternoon shift at the hospital. At 1 a.m. the two of them were sitting on the bed, with a drink in hand, but no sign of the bat. Fred then remarked, “I can’t be sitting in this bedroom much longer or Marianne will be calling!” Sharon replied, “I’m more afraid of the bat than Marianne, so you need to catch the bat.” A few minutes later, the bat emerged, and Fred saved the day. He was truly there for anyone who called upon him.

Fred slowed down a bit and enjoyed more time with friends and family, especially his grandchildren. Fred and Marianne planned a month trip to Alberta to spend some time with their son Craig and their family. Sadly, that trip was cut short when Fred became ill on arriving at Craig’s. His condition quickly worsened, and he was transferred to hospital where he passed away surrounded by his family on Tuesday, July 12, 2022, in his 67th year.

Beloved husband of Marianne (Frook). Loving father of Cory (Cornelia Van Den Hoek) of R.R. #1 Elmwood and Craig (Wendy) of Ponoka, Alberta. Cherished Papa and grandfather of Chance, Lorelei, Garrett, Cees, Duncan, Jagger (Lauren), Jace, and Jestin. Fred will be dearly missed by his mother Marian Jacklin of Hanover and his siblings, David (Nola), Bruce (Sherry), Bryan (Darlene), Donna (Dennis) Bridge, Douglas (Heather), and Roger (Allie), and their families. He will be fondly remembered by his brother-in-law Wes (Kim) Thompson, as well as by the entire Frook family and his many friends. Fred was predeceased by his sister Bonnie Thompson and his father James Jacklin.

Family and friends are invited to a casual, come-and-go celebration of Fred’s life at the Elmwood Community Centre on Saturday, September 17, 2022, from 1 – 5 p.m. Private inurnment in Chesley Cemetery.

Fred was a proud member of our local agriculture community and a mentor to many. Therefore, his family would appreciate memorial donations to the Ontario 4-H Foundation, which will support members in agriculture in Bruce, Grey, and Huron Counties, or the Bruce County Beef Farmers, which will be used to support the Aspiring to Agriculture Award given out in all Bruce County elementary schools.