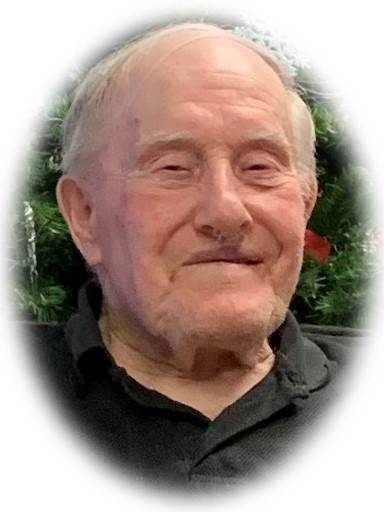 It was the 1930s, the time of the Great Depression and times were tough. Both Harold and Grant had little choice but to leave school before completing Grade 8 to help on the farm. The consequences of this sacrifice followed the two boys throughout their lives. There was a period when both Harold and Grant worked for Fleming Construction out of Hanover at the same time as farming. Grant also worked at Douglas Point for a few years. In time, Harold went his own way and Grant remained on the farm.

Children born between the years of 1923-1944 were thought to be the ‘Silent Generation’ and they tended to be very patriotic and ambitious. They were plagued with WWII and its subsequent economic instability. The family made maple syrup at the bush cabin during the syrup season. They used horses to collect the sap and take logs from the bush. Grant was a very hard worker and dedicated himself to the toil of a farmer. Sadly, Grant’s father died in 1961 at the young age of sixty-eight. Grant was only thirty-one and the running of the farm was left solely to him.

Grant did his part in building a boat to cross the Saugeen River to go home from school for noon meals. During the late 1940’s and early 1950’s family members used to skate on ice formed on the river, in winter months and enjoyed fun on the farm snow covered hills with toboggans for sleds during winter.

In 1963 the family moved to farm across the road from the homestead. It has been said numerous times that Grant had a kind personality, seeing the best in everyone and always helped people when he could. He was outgoing and caring often going unrewarded for all he did for others. Even after selling the farm in 2009, he kept some of the farm equipment so that he could be of use to others in the area. Grant had an out-going personality and was not judgemental. He would talk to anyone he came across.

He always had to be doing something and that left little time for anything but work. While living in the nursing home Grant did watch Christian TV on occasion. He was not much of a reader nor did he have much of an appreciation of music. One pleasure Grant did allow himself was French Fries. Oh, how he loved them!

Back in the early days Grant hunted with his father and brothers, mostly for deer and wolves. He also trapped mink and muskrats. Grant put racoons on a rack to sell. He went with his nephews and other family members on a fishing trip to the French River. Stories are told of the adventure of getting the fish line in a tangle. Grant also had a significant relationship with his Uncle Clarence Turner who predeceased him.

In December 2016 Grant’s health had deteriorated enough that he needed more care. He moved to Birmingham Retirement Community in Mount Forest. 2019 saw a further failing of his health that required a move to Caressant Care Nursing Home in Arthur.

Sadly, Grant passed away after a brief illness at Caressant Care Arthur on Sunday, January 31, 2021 in his 91st year.

Loving brother of Harold of Mount Forest, Margaret Anderson (Yule) of Bognor, Eunice (Emerson) Stevenson of Damascus, Melvin (Karin) of Scone, Freida Dippel of R.R. #2 Ayton, and brother-in-law of Audrey Turner of Hanover. Grant will be dearly missed by Vincent Airdrie, Loretta, Timothy and Jason Jacobs as well as many nieces and nephews. He was predeceased by his brothers Ross (2013) and Howard (1946), brothers-in-law Orland Dippel, Arnold Frizzell, Morley Anderson, sister-in-law Mary Turner and his parents Reuben and Alice (Twamley) Turner.

A graveside service honouring Grant’s life will be held at the Chesley Cemetery in the spring.

Memorial donations to Canadian Bible Society or The Gideons International in Canada would be appreciated as expressions of sympathy.

So sorry to hear of your loss, Grant was always such a good natured, friendly neighbor.

My deepest sympathy to all of the Turner family.

Our thoughts and prayers are with the entire turner family. What great memories we have of better days spent with grant at the farm over the years.

Our deepest sympathy to the entire Turner family. Our thoughts and prayers are with you

R.I.P. Grant ,you where a good friend ,miss seeing you

Extending our sympathy to the entire Turner family.

So sorry for your loss. We have such good memories of having Grant for a neighbor!

On behalf of our Church Family, we send condolences to the Turner Family in the passing of a beloved Brother. Blessings to you all.

Sorry for your loss. Always loved chatting with him

We are so sorry for your loss. Prayers and heartfelt sympathies from George and Lin.

So sorry and condolences to all families from Herb Dawdy and family.