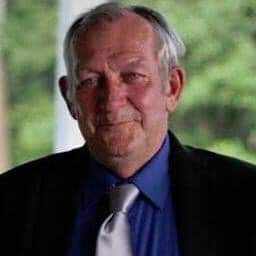 Gregory James was born on Thursday, June 12, 1952, in Barrie, Ontario, to parents James and Joyce (Gibbons) Richardson. James, Greg’s father, was a cook in the military, so unfortunately the Richardson’s moved regularly, with stops out west before settling in Toronto. Greg was soon joined by younger sisters Wendy (1953), Sharilee (1958), and Jacqueline “Jackie” (1961). The Richardson’s spent time in the Rosso Rd. and Farrell  Ave. neighbourhoods before settling on Burnett Ave. in Willowdale. Greg’s childhood didn’t come without its challenges however, he always enjoyed walks with family and ‘Auntie’ Jean and ‘Uncle’ Tom Crimmons (family friends) in the forested area, bike rides down the Burnette Ave. hill and searching for sparkling ‘rocks’ behind the memorial business on Yonge St. It was also during this time, that Greg took a particular fondness in drumming. His sisters recall him regularly drumming on whatever he could get his hands on, usually, a metal garbage can or plastic bucket.

Greg’s father died suddenly in 1967, and this meant additional stress and responsibilities for the entire family. As the eldest, Greg soon left school and began working to help support his mom and sisters. Unfortunately, Greg struggled with the urge to be in charge, and as you can imagine, this trait did not always sit well within the workplace. Over the coming years, Greg held a variety of jobs and often struggled to fit in. Sadly, this was the beginning of a difficult portion of Greg’s life, however, no matter the struggles, his family was always there to support him. By this time, his mom had remarried and along with Greg’s stepfather, Steward Weber, they called Felan Cresc. in Rexdale and then Lebos Rd. in Willowdale home. Although the relationship was strained at times, Greg was always welcomed the many times he came and went in their home.

In 1978, Joyce and Steward moved north for work and settled in Ayton. Greg eventually joined them in the early 80’s and in time became a member of the Mount Forest Barbershop Quartet. He remained with the group for the next two years before moving on. In the mid 90’s Greg relocated to Luskville, Quebec where he took a job working at the local racetrack doing maintenance and security. Greg loved cars, trucks, and racetracks of all varieties, so to say he was in heaven would be an understatement. He also loved ANYTHING Harley Davidson and amassed quite the collection of clothing and knick-knacks that he was so proud of. Greg collected a variety of hats and belt buckles through the years and was also very fond of cards, especially poker and cribbage, and online gaming. In more recent years he was a proud member of the Hanover Legion, whereby he loved participating in a game of darts. He loved buying, and usually winning, lottery tickets with the biggest win of $25,000 in 2017. Greg had an eclectic taste in music, liking everything from Daniel O’Donnell to ACDC. When it came to television, he was a big fan of Ice Road Truckers, crime shows, and anything with cars. He was a big Adam Sandler fan, with the movie, Water Boy being a favourite and more recently Greg took a liking to the Marvel series. When it came to treating himself, Greg’s go-to’s were chips and cookies (how can you go wrong with that) and was usually washed down with a nice cold Pepsi or Coke!

Greg returned to Ayton in the early 2000’s, settling back into a simple life. He enjoyed chatting it up with his neighbours, and soon created a close bond with Fred Fox. In recent years, he also shared a close bond with his friend Nicole Ritchie. A relationship Greg truly cherished. In order to pass time and make ends meet, Greg helped with a variety of small jobs within the community.

Greg was a big kid at heart and loved the attention. He was a storyteller… even though not all his stories were factual! 🙂 He enjoyed talking to anyone who would listen. Greg loved playing with his nieces and nephews and more recently his great-nieces and nephews and would always be the first one on the floor engaging with them. In the last decade, those closest to Greg saw a positive change in his attitude towards others. If he put his mind to it, he could be the sweetest, kindest soul, often spending his means on others rather than himself.

In 2018, Greg relocated to Hanover where he could often be found walking the streets visiting Timmies with friends.  It was during this time that he reconnected with his faith and was a proud member of Hope Community Church in Hanover. Sadly, in January of 2020, Greg was diagnosed with cancer. Although a setback, Greg made the most of every day and looked forward to visits with friends and family and you would frequently see him cruising on his prized scooter around town. He soon began treatments and enjoyed the interactions with others, and the additional time spent with his family. Unfortunately, in recent weeks his health declined further but being a true optimist Greg always looked at the positives, stating “I have had a good life.”

Gregory passed away at South Bruce Grey Health Centre, Durham, with his sister Jackie by his side, on Wednesday, January 19, 2022, in his 70th year.

Loved stepson of Steward Weber of Waterloo, formerly of Ayton. Caring brother of Wendy (Ray) Sutter of Acworth, Georgia, Jackie (Paul) Leece of Grimsby, and brother-in-law Randall Warner of Alpine, Utah. Greg will be dearly missed by his many nieces, nephews, and their families. He was predeceased by his sister Sharilee Warner, and his parents Joyce Weber and James Richardson.

A graveside service honouring Greg’s life will be held at Trinity Lutheran Cemetery, Ayton in the spring.

In lieu of flowers, memorial donations to the Canadian Cancer Society would be appreciated as expressions of sympathy.