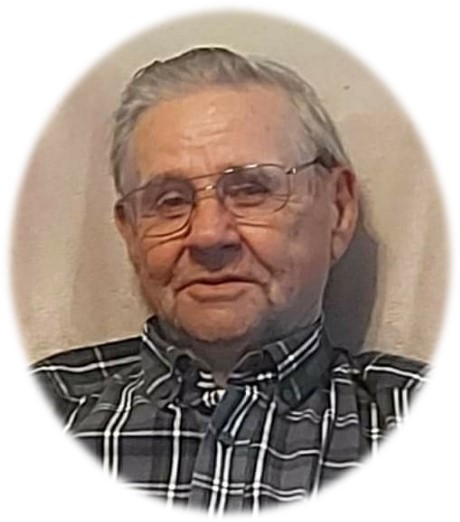 Harry Kenneth was born on Monday, June 30, 1941, in Chesley to parents Harry and Eleanor (Morris) Cronkwright. The Cronkwright family resided in Chesley and Harry joined older brother Roy (1939) and they were later joined by younger siblings Donna (1946) and Wayne (1950). Harry went on to attend Chesley Public School but didn’t pursue high school, like many in this era.

By his late teens, Harry was employed at Krug’s Furniture in Chesley and often helped local farmers during the summer months for extra spending money. From there he went on to work a variety of jobs including being a local handyman. Harry did anything, from doing the occasional farm work to construction, in other words, if there was work to be done Harry was there to help! He was truly a jack-of-all-trades. In 1963, Harry began working for Bogdon & Gross Furniture factory in Walkerton. Who knew then that he would remain there for the next 43 years, retiring in 2006 at the age of 65. Here, Harry first worked in the sawmill, before later operating a rip saw.

In the early 80’s Harry was introduced to a young woman by the name of Rita Louise Maluskie. In time their relationship flourished and they were wed at St. Mark’s Lutheran Church in Chesley on Saturday, July 21, 1984. They settled in Chesley and welcomed their daughter Amber two years later in 1986. The following year the Cronkwrights made the move to Neustadt where they remained for five years, returning to Chesley in 1992. Here the loving couple lived out their remaining years together.

Harry was a simple man, who always put the needs of his family first. He was an icon within their immediate family and loved unconditionally no matter the situation. Harry was also known to be a bit cheeky, but his kindness definitely shone through. He led by example and worked hard, passing that trait down to his children. Harry was always willing to help, especially those in need. He enjoyed life, often playing hard, as he knew his time on this beautiful earth was short. Harry lived his life always looking at the sunny side and never-ever complained. He was truly one-of-a-kind!

Harry loved an adventure, especially road trips, and once one adventure was complete he was onto planning the next one! When he wasn’t traveling the countryside, Harry enjoyed perusing a good yard sale. Like most of us, he was always looking for a deal and thoroughly enjoyed this challenge. He and Rita enjoyed live theatre as well and together they made many trips to Petrolia to take in a variety of plays. When it came to television, Harry absolutely loved his Westerns. It didn’t matter if it was an old series on TV, a movie, or a program he had seen before, if it   was a Western Harry was usually tuned in! It should be no surprise that John Wayne was also a favourite and when it came to music Charley Pride was a staple for Harry. In addition to old country-western music, he also enjoyed a variety of gospel and boxcar tunes. Harry also loved home-cooked meals and held his own in the kitchen. After dinner, he liked getting the dishes done and often used the quote, “I don’t like a dirty kitchen.” Away from home, Harry was a regular at Kettles restaurant, outside of Chatsworth. He loved the food and was also known as a bit of a flirt with the waiting staff. Harry also enjoyed animals, particularly cats, and always enjoyed their company. In fact, some might say Harry was similar to a cat in the fact that it seemed he had nine lives. As an adult, he was involved in an accident whereby he was hit by a moving train. Also, at work, he lost his fingers in a workplace accident whereby he had to have them placed in his stomach to help mend the tissue. What other person do you know that can say they had a hand inside their stomach? Only Harry!

Sadly, in 2011 Harry was diagnosed with dementia. In the months and years following, Rita and his family cared for Harry unconditionally. They made the best of each day and always lived in the moment. It was only months ago Harry developed a cough, and in recent days this led to hospitalization, whereby it was discovered Harry was in the late stages of cancer. With his family at his bedside, Harry passed away peacefully at South Bruce Grey Health Centre, Chesley on Friday, December 3, 2021, in his 81st year.

A casual visitation honouring Harry’s life will be held at the Klages Mill, Chesley on Thursday, December 16, 2021, from 1 p.m. until the time of the memorial service at 2 p.m. Inurnment in Desboro Cemetery.

Memorial donations to the Alzheimer Society would be appreciated as expressions of sympathy.