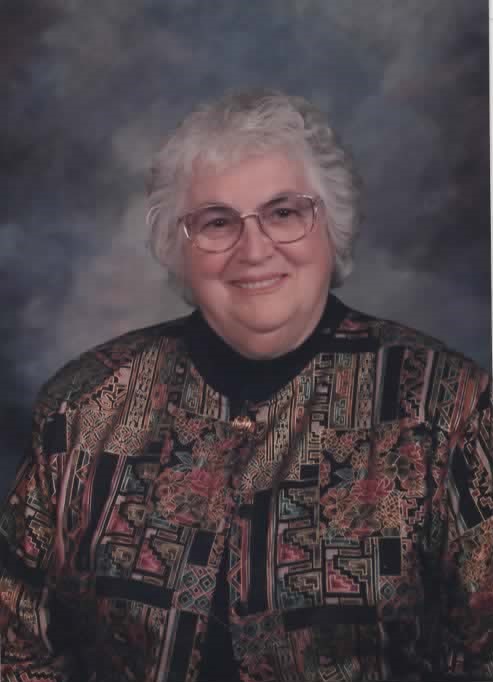 Agnes “Jean” was born on Wednesday, July 10, 1929, in Sydenham Township to parents Ernest Samuel and Elsie Margaret (Morrison) Vanwyck. She joined older siblings Merle and Elgin and was later followed by younger brother Harold. The Vanwyck’s owned and operated a mixed farm in Sydenham Township where the kids attended both Silcote and Balaclava public schools. Jean went on to attend high school for one year at OSCVI, before boarding with her aunt Alma to enroll in Tara Continuation School.

The Scott family were neighbours of the Vanwycks, and their son Gordon was often coached in football and baseball by Jean’s father. Although seven years her elder, Gordon, and Jean soon caught each other’s attention and eventually began dating. The couple was married on Saturday, September 17, 1949, and soon settled on a 100-acre parcel of farmland on Lot 25, Concession 12 in Sullivan Township. Here, Gordon and Jean worked side-by-side to establish their farm and in the years following Jean could be found helping Gordon with all aspects of the farm work. It didn’t matter if it was in the field, barn, or in the garden, if there was work to be done, Jean was there to help! The Scott family soon began to grow with the arrival of Gail (1951), Susan (1952), Elaine (1955), and Greta (1962). Jean cherished her four daughters dearly and did everything in her power to provide for and prepare them for the real world. As the girls got older, Jean instructed them outside of the home as well. As a 4-H leader Jean taught them everything she knew about sewing, cooking, and gardening.

In the late 70’s, Gordon was offered the position of Clerk of Sullivan Township. The township was also looking for a deputy clerk and treasurer, and Jean’s resume checked all the boxes, so she immediately had the distinction of being the first woman to hold this prestigious position. Jean loved numbers, as they always made sense, and thrived in accounting, so to say she found her niche would be an understatement! At the same time, the couple severed a building lot off their farm property, and soon settled in their new home. Jean remained in her position until Gordon’s retirement whereby she took over the position of Clerk, all the while acting as treasurer too! She remained in these positions until her retirement, in the late 90’s.

In her limited free time, Jean enjoyed knitting, needlework, sewing, quilting, and gardening. In fact, Jean found time to make many of the girls’ clothes including their wedding dresses… amazing! She was also known as a fabulous cook and baker and was probably best known for her delicious pies. Many hours were spent in the kitchen canning and preserving for her family. When it came to her favourites, Jean was particularly fond of fresh corn on the cob, Heavenly Hash or Chocolate ice cream as well as Pecan, Strawberry, and Rhubarb pie! Jean and Gordon also enjoyed lawn bowling and curling together. When she wasn’t curling herself or no longer physically able, Jean could be found watching it on TV. Anyone who knew Jean knew her appreciation for a good movie. Honestly, she was a true movie buff and had literally 100’s of movies in her collection. Jean was also an avid reader, and she often favoured fiction and suspense, with John Grisham being a favourite. She was also drawn to a good character and enjoyed dramatic novels. Jean also had a love for anything hummingbirds and dogs. Through the years, many kept her company and she loved every one of them! Jean also enjoyed travelling and experienced Barbadoes with Gordon prior to his death. As a widow, she experienced an Alaskian cruise and travelled our beautiful country from coast to coast by car. Jean also gave of her time and talents within the community, as she was involved with the Chesley Rotary with Gordon and acted as the treasurer of St. John’s United Church in Chesley for a number of years.

Sadly, Gordon died in 1995, and although a setback, Jean tried to make the best of every day. In 2014, Jean moved into town and settled in at the Islay House. A year later, she moved to the south end of town and her own apartment where she enjoyed socializing and visiting with the neighbours. Jean had a great sense of humour, and was very resourceful. She was a hardworking woman, who always put the needs of her family before her own. Jean encountered much adversity throughout her life, however it never deterred her as she always kept going. She was a true matriarch to not only her daughters but her entire family.

In recent years, Jean’s health continued to decline and the roles were soon reversed. She was receiving the care rather than providing it! In 2019, she made her final move to Kitchener where she became a resident of Trinity Village. Here, the staff and residents became an extension of her family and she lived out her final years surrounded by love.

Jean Scott of Kitchener, formerly of Chesley, passed away at Trinity Village Care Centre, Kitchener, on Tuesday, January 25, 2022, in her 93rd year.

An informal celebration of Jean’s life will be held at the Klages Mill (11 1st Ave. N., Chesley) on Saturday, May 7, 2022, from 1 – 3 p.m. All are welcome! Private family inurnment in Desboro Cemetery.

In lieu of flowers, memorial donations to the Trinity Village Care Centre Recreation Department, Chesley Hospital Foundation or Heart & Stroke Foundation would be appreciated as expressions of sympathy.