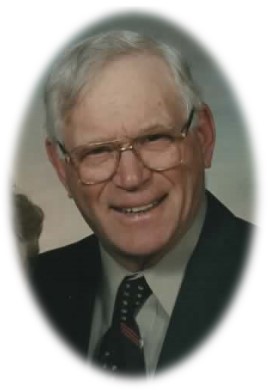 “Those who wish to sing, always find a song.”

Jim’s passion for singing was first witnessed when he was but a young boy. His mother, Phyllis, was always singing in the Parish home and Jim soon followed in her footsteps. Together they spent countless hours gracing their family with their beautiful voices. It was just the beginning, however, like most of us, life often gets in the way, and Jim had to put his dream on the back burner. Jim often dreamt of having a family band one day, and years later his dream came to fruition. Dreams do come true! 🙂

The Parish kids had regular chores around the farm and Jim was no different. In addition to working the land with the horses, his first memory of driving the family’s first tractor was at the young age of 8, imagine! However, Jim quickly took a fondness to horses, particularly thoroughbreds. As a child, Jim had a beloved pony by the name of Prince. This horse was special, and had fabulous stamina. Jim told a story whereby he rode Prince to the local fair, then won the horse race with him, only to ride him home at the end of the day. He also shared memories of riding horses to school, often joking he rode backwards the whole way! When at school, Jim was known to be a bit of a challenge for the teacher. He often sat in the front row, and got into his fair share of trouble. During one punishment Jim taught himself to recite the alphabet backwards… Yes, you read that right. Amazingly that was the ONLY way (backwards) he could sing it throughout the remainder of his life.

Unfortunately, Jim did not pursue high school but instead returned to life on the farm to help his parents. By this time, the Parishes were milking (by hand) 20 cows a day and farming 200 acres. When not busy at home, Jim (and family) could often be found helping the neighbours. By the age of 12, Jim began helping with seasonal harvests on the local tobacco farms. He would later spend time working for Keiler Construction before marriage.

In the mid 1950’s Jim took a job in the Port Stanley area with Marinus Dieleman to help with his tobacco harvest. It wasn’t long before Jim’s eye was drawn to Marinus’ daughter, Paulina. Together they worked a variety of tasks around the farm, including picking potatoes. Jim often drove the tractor as Paulina collected the potatoes. Looking to grab a bit more attention, Jim often sped the tractor up, looking to get a rise out of Paulina. When she finally caught on, Jim was laughing on the tractor and deservingly became the target of her potatoes… In time, the young couple began dating before being married in the manse of Knox Presbyterian Church in St. Thomas on September 27, 1958 by Rev. Rodney. Once married, the newlyweds rented a home nearby, remained close to the Dieleman family farm for the next year before going out on their own in 1959, growing tobacco on shares.

Once married, life for Jim and particularly Paulina quickly changed as their family soon began to grow. Janalie was born in 1959, followed by Jim Jr. (1960), Randy (1961), Mark (1963) and Brent (1964). In 1967 the Parish family relocated to Springfield where they owned and operated a dairy farm. Over the next five years they grew the operation until they were milking 50 cows daily and working 200 acres. In their final year on the farm, they tried their hand with pigs, before exploring a different avenue in life. They settled on the outskirts of St. Thomas. The year was 1972.

Jim was a gifted vocalist from a young age and it was during this stage in his life that he was pulled up on stage by his friend, Dave Booker. With only a guitar (that he didn’t know how to play) in hand he took the stage and as they say the rest is history. In addition to singing, he later learned to play the guitar, fiddle and harmonica. When he was performing, Paulina did NOT enjoy hanging out with the crowd and dancing, so Jim quickly invited her onstage with him. She soon learned bass, and quickly became a fixture with Jim on stage.

The Parish children were also immersed in this love of music and soon followed in their parent’s footsteps, beginning their own family band. What began as The Jim Parish Show, soon became The Jim Parish Family Band, as the children eventually teamed up with their parents. They played at a variety of events through the years including weddings, anniversaries, and community events. Rarely did they have a weekend without a performance. As they grew a name for themselves, they started performing at bigger events as well, eventually performing at the CNE for ten straight days. When the kids were in high school, the summer months were spent on the road travelling through Northern Ontario performing at a variety of events. They did this yearly for three summers and even ventured into Manitoba on occasion. In 1983, the family and band headed west and spent the next two years performing as far away as Yellowknife, at a variety of bars and nightclubs. As a family, performing and travelling together for this time period made memories that will last a lifetime.

But like every situation, all good things must come to an end, and the family returned to Ontario and settled on a farm outside of Dundalk. The year was 1984. Here, Jim, Paulina and family worked together raising veal calves. Son Randy met a friend who raised Standardbreds and took a keen interest. Eventually Jim and Paulina purchased a horse with Randy and they were hooked. They started racing Standardbreds and later was joined by son Brent. In 1988 Paulina and Jim moved farther north, with their family, and settled on a farm, on the 12th of Bentinck, outside of Elmwood. The Parishes remained active in this industry until their retirement in 2016. Most of the Parishes’ racing occured in Southern Ontario tracks with memorable horses such as Moffat Missy, As We Speak, CS Brisco Babe, All American Match, and Rubber Belly, to name a few. . Randy continues to race horses still. Jim enjoyed Randy’s conversations about the horses over the phone.

Although not big travellers, Jim and Paulina enjoyed trips west, as well as time spent in Nashville and Florida together. If you knew Jim, you were well aware of his appreciation of anything ice cream. In his dating days he was known to regularly buy Paulina an ice cream cone only to buy a brick (a.k.a. a whole container) for himself. His go-to was Maple Walnut! When it came to television Bonanza, and performances by Tommy Hunter, Gene Autry and Roy Rogers were must-watches, along with the daily news. However, the Kentucky Derby took the cake and probably represented Jim’s favourite day of the year. This was closely followed by the Preakness Stakes and Belmont Stakes. As for listening to music, Hank Williams, Jim Reeves and Charley Pride were some of his favourites.

Jim was a strong, stubborn man who had a loveable goofy side. He also enjoyed visiting and talking with anyone. With this being said, it should be no surprise that the Parishes were often the last to leave social events or family gatherings. 🙂  Those close to him, especially his family, knew of his talents in rhyme. Once he started it was hard to stop him, but these rhymes were always entertaining and memorable. Amongst family, his words of wisdom often included… “Don’t drive too fast!” “Check the oil!” and “Never meet a woman at the bar!” 🙂

In January of 2015, Jim and Paulina’s world was turned upside down when Paulina suffered a severe stroke. She was admitted to Owen Sound hospital then later to Hanover hospital where she spent some time. She went to Lucknow nursing home for a year then to Rockwood Terrace in Durham. As a devoted husband, Jim travelled to both nursing homes daily to visit with his beloved Paulina. He brought her home to the apartment in Chesley and took care of her when he could. It should then be of no surprise that after her sudden passing last November, Jim was heartbroken and lost. He was also dealing with his own medical challenges, and Jim’s health continued to decline in recent months. His life in this world ended on Tuesday, November 30, 2021 when he was reunited with his loving wife of 62 years, Paulina, at the age of 87.

Visitation will be held at Geneva Presbyterian Church, Chesley on Saturday, December 4, 2021, from 1 p.m. until the time of the funeral service at 2 p.m. All are welcome!

Jim’s family would like to express their sincere thanks to the caring staff of both the Hanover and Chesley Hospitals, for their excellent care of Dad over the last few months. Your kindness to both Dad and our family will never be forgotten. Thank you!