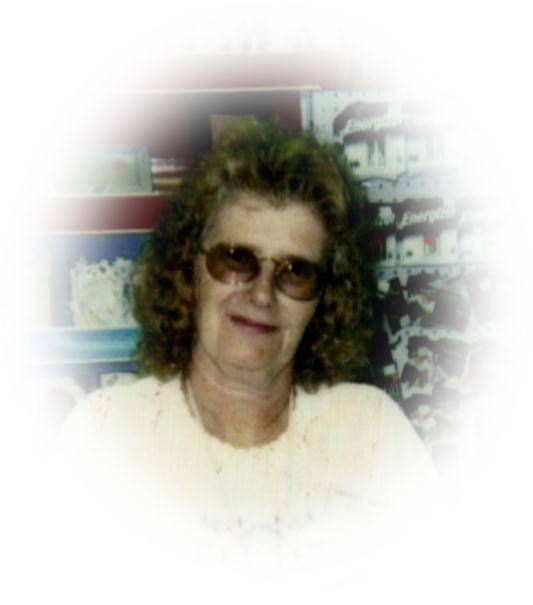 Joanne Karen was born to parents Eric and Josephine Marklevitz in Owen Sound on her mother’s birthday, June 13, 1942. The Marklevitz family lived on 5th Ave SW in Chesley. Joanne attended Chesley Public School. A day she never forgot was the day the school caught on fire. She wasn’t upset about missing school, she was upset because she left her candy in her desk and lost it all! As the only child, Joanne was spoiled but also a little mischievous. One specific day, her friends were going down to the river and Joanne wanted to join in, despite her dad’s wishes, being she wasn’t a strong swimmer. When she came home, her hair was wet. Her dad was furious, so he took her to the river, put her in a canoe, and paddled to the middle of the river. He then proceeded to tell her to get out, knowing she could touch bottom, but Joanne not knowing this. She finally got out, and realized she could stand up. However, she learnt her lesson that day and never went to the river again. Joanne was also a fiery little redhead. She would swear under her breath, and when her dad would ask what she said, fully knowing what she said, she would say “I’m going for a stick of rhubarb”.

When Joanne turned 15, she had her eye on a man by the name of Frederick Manley Fortune, such that she even attended his Pentecostal church, even though she was Presbyterian. After church was finished, Joanne would go to the arena to skate, as she knew Fred would be there as well! It didn’t take them long to realize they were meant to be together and they were married on June 6, 1959 at Mansen’s Place outside of Chesley, a week before her 16th birthday. The newlyweds moved to a farm on Bruce Road 19 and instantly were thrown into the value of hard work. Once she and Fred were married, she started working at Lee Manor alongside her mom as a Personal Support Worker. After working here, she worked at Buckeye’s Sewing Factory as a foreman in Hanover. Here she overlooked operations, and she was well respected as a foreman. She then went on to work at the Chesley Drug Store until the time of her retirement. At the beginning of moving to the farm, Joanne and Fred milked the 8 cows they had, one being blue! Their herd soon grew, but according to Joanne they truly milked for too damn long. Fred worked out with Edgar Weppler building homes and Joanne was the one left to do all the milking, on top of her day job. Joanne loved the animals on the farm. They had cattle, veal calves, chickens, and Joanne’s least favourite, the ducks, because they would eat the flowers in her garden! Who could forget her special friend and her 18-year-old cocker spaniel, Toby and her cat Sweetie.

In the very limited spare time Joanne and Fred had together, they would go camping in their trailer. They would visit many local farm sales, hosting three big sales of their own. They enjoyed attending tractor shows and the International Plowing Match, which benefited both Joanne and Fred. Fred enjoyed the show, and Joanne enjoyed taking their trailer and spending the weekend camping with their friends. Joanne and Fred spent a lot of time camping and canoeing down the Saugeen with the Wepplers. They met many friends throughout the years while at many different trailer parks. Not long after Joanne and Fred got married, Fred’s family became her own and she became very close to them. She spent many Christmases with the Fortune family over the years.

Living on the farm most of her life, Joanne had a great appreciation for wildlife. She enjoyed watching the many birds come to her bird feeders such as the hummingbirds. With the open fields on the farm, Joanne was able to witness the most incredible sunsets. Joanne enjoyed crocheting and knitting, while listening to the classics from the 50s and 60s. Joanne loved watching Law & Order, and Blue Bloods with Tom Selleck. In fact, if you called Joanne on a Friday at 7pm, you would be told “call back later, I’m watching Tom on TV”. She would typically be found with a small can of Diet Coke in hand and cheezies in the bowl while watching TV.

Things changed in Joanne’s life when Fred passed away in November of 2017. Even though it was lonely at times, she kept herself busy. She enjoyed shopping and going for long drives, touring around looking at different scenery and getting a coffee from Tim Hortons. She was still able to live on the farm up until 2 months ago when she went into the hospital with a heart condition. Here, her dementia started to become more evident, and she took a fall in the hospital. In mid October, she was moved to Southampton Care Centre. In the past few weeks, her health seemed to be doing better. However, on Sunday, November 20, 2022, Fred came and took Joanne home with him and she passed away peacefully in her sleep at Southampton Care Centre in her 81st year.

She was predeceased by her husband Fred, and her parents Eric and Josephine Marklevitz. Joanne will be missed by the Fortune family and her nieces, nephews, cousins and friends.

A private family funeral service will be held with interment in Chesley Cemetery.

Memorial donations to SickKids Foundation would be appreciated as expressions of sympathy.