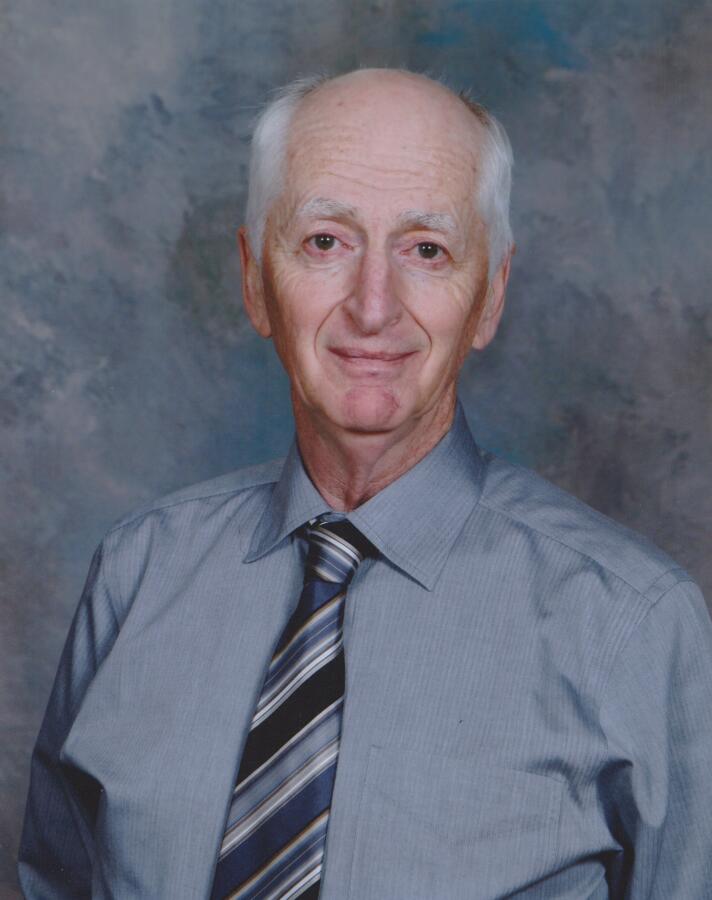 John James was born in Chesley on March 27, 1952, to parents Neil and Irene (Keith) McAllister. John joined older siblings Don (1947) and Carol Ann (1949) on the McAllister homestead. In time, the McAllister family continued to grow with the arrivals of Linda (1957), Sandy (1960), and Gayle (1963). The McAllister family mixed farmed on the 2nd of Elderslie, and the kids attended S.S. # 12 down the road. John went on to attend high school in Chesley, followed by the University of Guelph, where he earned a Bachelor of Science in Agriculture with a focus on animal and poultry science.

During university, John spent his summers working on a farm on the outskirts of Rockwood. Here, John helped the Harwood family and was introduced to their granddaughter, Holly Anne Harwood. John and Holly were wed at Westminster St. Paul Presbyterian Church in Guelph on August 26, 1978. They first rented an apartment on Speedvale Ave, while John finished his schooling in addition to working part-time at a local Co-op. After graduation, John took on a full-time position at the Co-op and remained there until moving in 1986.

The McAllister family grew with the arrivals of Scott (1980), Mark (1983), and Heather (1984). They relocated to Clifford where John began working at Horizon Chicks in Hanover. This was followed by time spent at Agro-Trend in Clifford, and then Campbell Soups. It was during this time that John became further involved within his community. He was an elder at Knox Calvin Presbyterian Church, a member of the church choir, and was an active member of both the Clifford Curling Club and Rec Club and was proud to be a founding member of the Clifford Optimist Club. Although quiet and reserved, John thrived in these volunteer and social settings and his community benefitted from it.

The family moved to Drayton in 2002. In 2004 Holly and John separated and divorced. It was a very difficult time in John’s life, and he was thankful for the support from his family and close friends. John returned to the Chesley area and soon settled back into the community. He continued working at Campbell’s until it’s closure, before finishing his career at Chapman’s Ice Cream, remaining there until he was forced to retire due to health reasons in 2018.

John loved to spend his free time on the farm. Whether he was helping members of the church, or members of his family, if John was on the farm, he was at peace. Another passion of John’s was curling. He was introduced to the sport by his father at a young age and was an advocate for the sport his entire life. He was a founding member and past president of the University of Guelph Curling Club and remained active in the sport as long as he was able. When not playing, John was watching. His favourite time of year began with the Scotties and ended after the Worlds!

John can best be described as independent, honest, stoic, and principled. He always said that “actions speak louder than words” and lived his life that way. Although very much a homebody and introvert, he could carry on a conversation with anyone about almost anything. He had a dry wit, which he displayed often. John enjoyed reading and enjoyed a variety of mystery, fiction, and fantasy. Lord of the Rings was a particular favourite, wearing out a couple of copies over the years. He loved his family dearly, and always looked forward to family events that included his children and more recently his grandchildren.

The last few years have been difficult. In 2020, John spent a period of time in Hanover Hospital, before moving to John Joseph Place in Owen Sound in the fall of 2020. A year later, in the fall of 2021, he became a resident at Brucelea Haven in Walkerton. He was, however, beloved by the nurses and staff, for his sense of humour, his unflappable attitude and his appreciation of 60’s, 70’s and 80’s music. The Beatles were one of his favourites and could often be heard singing along with the music!

In recent weeks, John’s health further declined, and he passed away at Brucelea Haven, on Thursday, February 17, 2022, in his 70th year.

Loving father of Scott (Erin) of Dorchester, Mark of Hamilton, and Heather (Ben) Hazlett of Port Elgin. Cherished grandfather of Wesley, Grant, Bryce, Calvin, and Miles. John will be dearly missed by his siblings, Don, Sandy (Brenda), all of R.R. #3 Chesley, Linda (Bill) Tiffin of Orillia, Gayle (James) Toyne of Sarnia as well as brother-in-law Bernard Cotter of Walkerton. He was predeceased by his sister Carol Ann Cotter, sister-in-law Marion McAllister and his parents Neil and Irene (Keith) McAllister.

Visitation will be held at Rhody Family Funeral Home, Chesley on Friday, February 25, 2022, from 1 p.m. until the time of the funeral service at 3 p.m. All are welcome! Spring interment in St. Andrew’s Cemetery, Elderslie Township.

In lieu of flowers, memorial donations to Neurological Health Charities Canada (NHCC) would be appreciated as expressions of sympathy.