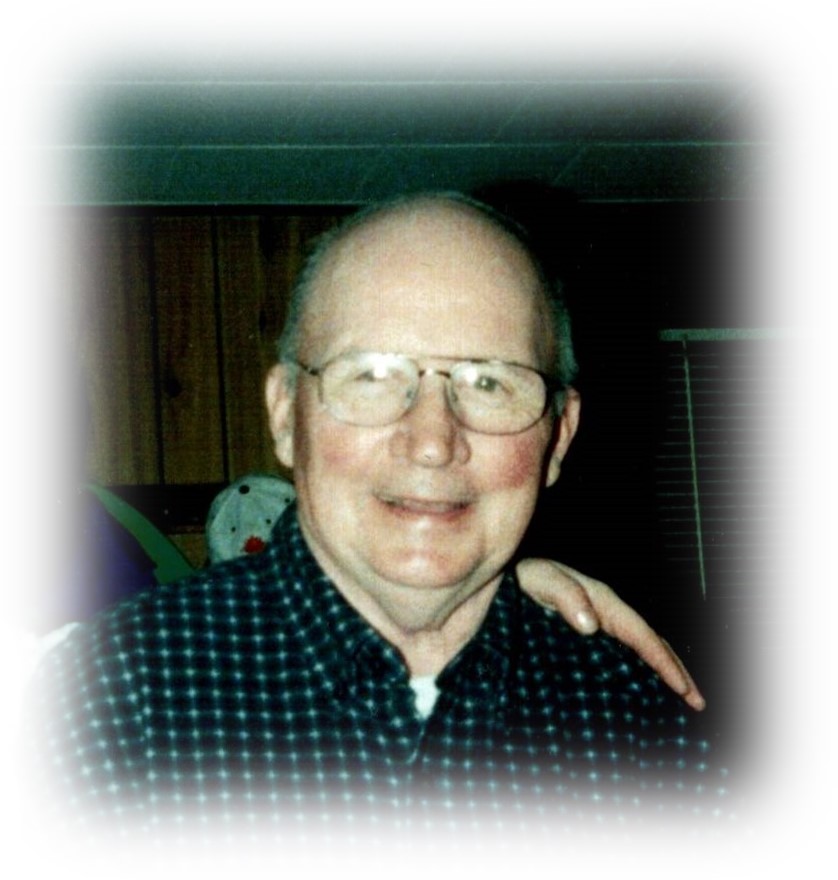 William Lawrence was born at home, in Elderslie Township, on Tuesday, June 27, 1933, to Edward Garnett and Oral Henrietta (Gowanlock) Campbell. He was the youngest of four children, joining older sisters Shirley (1927), Iris (1929), and Doreen (1930). The Campbell family lived and worked their mixed farm north of Paisley on Bruce Road 3. The children attended S.S. # 7 & 8, across the road, before finishing their education at Paisley Continuation School.

It was during these early years that Lawrence earned the nickname “Little Garnie” after his father. As time went on the nickname stuck, and he never looked back. In fact, Garnie loved using nicknames as well, and honestly had one for almost everyone. As you can imagine some were flattering and others were not, but it never stopped him from using them! 🙂

While in school Garnie began dating a young woman by the name of Marjorie Elizabeth Webb. After dating for a couple of years the young couple were wed at the end of grade ten, on Saturday, April 7, 1951. They settled on a farm north of Paisley. In addition to farming, Garnie also worked for Tom King Construction as a heavy equipment operator on road construction. In fact, Garnie was part of the crew that built access to Horseshoe Valley. The Campbell family soon began to grow with the arrival of Sharon in 1951, followed by Carol (1953), Bob (1954), Rick (1957) and Lynne (1962). Although Garnie was a loving father, he often had trouble expressing his feelings and emotions (like most men of that era). He displayed his love in many different ways and made sure every one of his children had what they needed, when they needed it! Garnie took his role as a husband and father very seriously and worked hard to provide for his family. These strong values were instilled in him by his parents and helped build many strong family relationships.

Garnie went on to drive truck for Andrew Cormack in addition to working for Elderslie Township as a snowplow operator and grader. Here he earned another nickname… High Blade Campbell, which was used regularly by friends looking to get under his skin. In 1961, the Campbell family moved into Paisley, calling 6 Murdock St. home. In the late 1960’s Garnie was fortunate enough to earn a position with Ontario Hydro, as a heavy equipment operator, where he remained until his retirement in 1995, at the age of 62.

In his free time Garnie enjoyed working outdoors and on the land. In his younger years, he did this around his farm, whereas in his later years he could always be found helping Bob on the farm. Garnie also enjoyed working with horses, cutting lawn, fishing, curling, snowmobiling, playing euchre, and going to the slots, particularly in Hanover and Casino Rama (where I am told he did okay). Garnie loved sports, particularly hockey. He played hockey for the Paisley Maroons for a number of years and was known to remember everyone he ever played with or against. When he wasn’t playing hockey, he was watching it, and cheering on his beloved Canadians. Garnie was also an avid Blue Jay supporter, and always enjoyed the opportunity of taking in a live game with family or friends. He also appreciated good music; keyword good. Long John Baldry was NOT good, just ask the kids about their records. Garnie much preferred the likes of Waylon Jennings, Charley Pride, Johnny Cash and Hank Williams. Although not a big traveller, Garnie took in the likes of Branson, Missouri, the Calgary Stampede and fishing trips north to Red Lake. Finally, we can’t forget to mention Garnie’s “go-to” when it came to dessert…. strawberry shortcake. This fondness began in his youth when his mom made it yearly for his birthday. Yum, yum!

Garnie never met a stranger, as he could always find a way to start up a conversation and relate to people. Many of these conversations were enjoyed over a glass of whiskey, or an alcoholic beverage. Although enjoyable, Garnie acknowledged his weakness after his retirement and joined Alcoholics Anonymous. This difficult, yet rewarding change literally transformed his life. Garnie became very much a new man and mended many relationships which had been previously strained by his drinking. Through hard work and determination Garnie celebrated over twenty years of sobriety. Sadly, it was only after he stopped drinking that his sensitive, soft-hearted, fun-loving and caring demeanour became more apparent. Garnie became a sweet old man and enjoyed many good times with friends and family alike.

In his retirement, Garnie slowed down, enjoying every day. He loved reading the newspaper and keeping up with local news. Garnie was also an animal lover, and was known for feeding cats, particularly at Bob’s. In fact, it wasn’t uncommon to find 40 – 50 felines swarming him as he made his way to the barn for feedings. Sadly, in recent years Garnie began to develop dementia. This diagnosis along with Marjorie’s failing health meant they soon called The Village in Hanover, home. The year was 2018. As Alzheimers took his mind and his body wasted away, his family missed out on many talks and visits. Although the visits were often hard, those visiting had many fond memories, as many of us do, from our time with Garnie, and for that we should be truly thankful. These stories and memories will live on, just as Garnie’s memory will, for years to come. May he rest in peace!

Garnie passed away at The Village Seniors Community, Hanover on Sunday, October 9, 2022, in his 90th year.

Visitation will be held at Knox United Church, Paisley (399 Goldie St.) on Monday, October 17, 2022, from 12 noon until the time of the funeral service at 1 p.m. A Royal Canadian Legion Branch #295 service will be held at the church on Monday beginning at 11:45 a.m. Interment in Starkvale Cemetery, Paisley. A reception will be held following services at the Paisley Legion.

Memorial donations to Royal Canadian Legion Branch #295 (Paisley) or Alzheimer Society would be appreciated as expressions of sympathy.