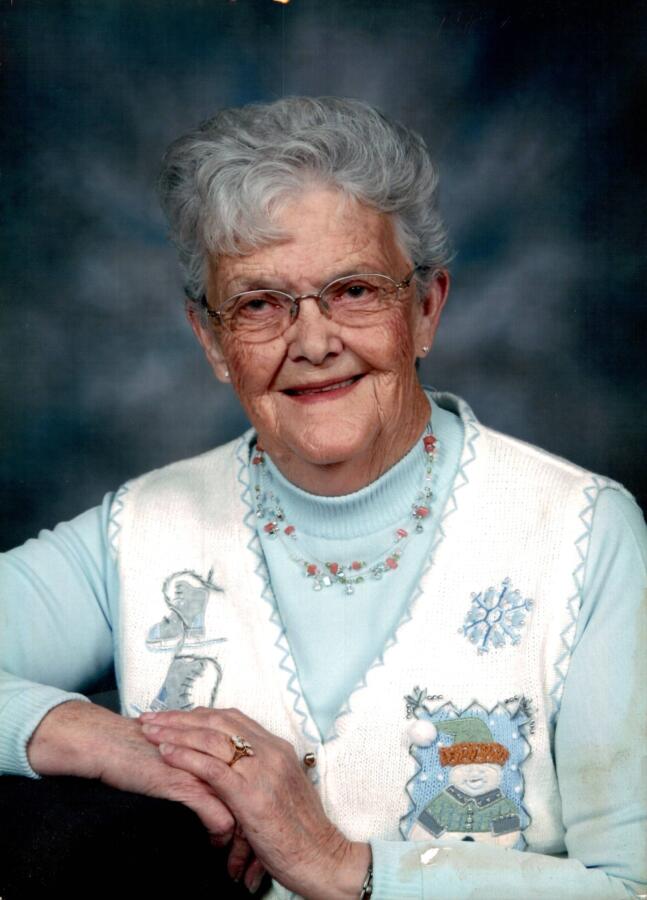 Leona “Lee” Audrey was born in Swift Current, Saskatchewan, on Friday, June 5, 1936, to parents Lloyd and Edith (Watt) Rowan. The Rowan family resided on a farm on the outskirts of town and in time, Lee was joined by younger siblings, Allan (1939), Faye (1941), and Wendy (1956). The children attended school locally and had the privilege of wintering with their parents several times in Arizona.

Following school, Lee entered the workforce, remaining in the Swift Current area and working at a local jewellery store. Lee enjoyed a good night out and therefore, often attended local dances. As fate would have it, a friend, Lynn Mink, suggested that Lee meet up with her brother, William “Bill” Mink at an upcoming local dance. Lee followed through with the blind date and the two hit it off immediately. They began dating shortly after and were wed on Thursday, November 28, 1957, in Swift Current.

The newlyweds soon moved east to Ontario, and Bill’s hometown of Chesley. They settled in Chesley whereby the Mink family soon began to grow as the young couple welcomed their children, Penny (1958), Terry (1960), and Carol (1967). Sadly, Terry died in infancy, a loss that was difficult for the entire family. However, with the love and support of family and friends, Lee was able to overcome this grief and move on to raising her two beautiful daughters. She soon returned to the workforce and took an office job with Krug Bros. Furniture. In the early 1980’s an opportunity arose for her to join the Hatten’s Home Hardware team, where she acted as a bookkeeper. She remained in this role for the next twenty-five years, until her retirement in 2006.

Lee enjoyed several pastimes but was happiest when yelling “B-I-N-G-O!” Lee’s mother was fond of gambling and this love was passed onto Lee (and now further generations) from a young age.  She was in true bliss with her Bingo bag in hand, heading out to a local game. On countless occasions, family, and friends, were politely reminded of Lee’s schedule AND when they could visit… a.k.a. when she was NOT playing Bingo! Lol! She was a regular at Bingo nights in Chesley and Elmwood, and more recently took on the responsibility of running the Bingo events at Cedar Rail Family Campground (her home away from home). I am told on more than one occasion a family member was even “muted” during a game! Lee was all business when it had to do with Bingo!

Away from the Bingo Hall, Lee enjoyed listening to the likes of her favourite artist… well, Elvis Presley of course! She was entertained by conquering countless jigsaw puzzles and was a sucker for the movie, Dirty Dancing. I am told she must have watched it more than 50 times! She was an avid collector of anything and everything and absolutely loved genealogy. In fact, this is one of the reasons Lee took to the computer (which she was very good at, I might add). In recent years, Lee was always online whether it be interacting with family and friends on Facebook or trying her luck at Bingo Bash. When it came to travelling, she was always looking forward to her next trip back to Saskatchewan to visit with family and friends. Through the years, she shared these experiences (and stories) with her children and grandchildren. Many family memories were also made at the family cottage on Lake Huron, south of Sauble Beach, and more recently at Cedar Rail Camp. When not telling stories, Lee loved to read them, and she could often be found nose deep in a good book. The subject and author did not matter, as she lost herself in the next novel. Lee was accomplished with her needlework, and thoroughly enjoyed sewing, knitting, and crocheting. When it came to television, Lee’s go-to was curling. She loved her sweets, Hawaiian pizza, fish & chips and never missed a 4 p.m. “happy hour” at the cottage or trailer.

Lee was a kind, caring woman who was fiercely independent almost to a fault. She led by example and would be the last to ask for help – no matter the task. Lee gave freely of her time to her family, friends, and community. In addition to helping with local Bingo, Lee was an avid supporter of her church. For years, she helped with the financial books at Holy Trinity Anglican Church in Chesley. She was outgoing, friendly, and always enjoyed a good laugh. In addition to being gifted with technology Lee also possessed a fabulous memory, never forgetting an important date or event in the lives of those around her.

The Mink family suffered another difficult loss in February of 2020, when Lee’s daughter, Carol lost her battle with cancer. Once again, Lee and her family gathered around one another, supported one another, and made the best of a very difficult time. Lee made the best of the pandemic and the restrictions and was settling back into a more “normal” routine when she was given more bad news. Earlier this year, she was told she would have her own battle with cancer ahead of her. She made the best of her remaining days and enjoyed the additional time spent with her ever-growing family. Sadly, Lee passed away at South Bruce Grey Health Centre, Chesley, on Wednesday, May 18, 2022, in her 86th year.

Loving mother of Penny Bailey (Murray Johnston) of Chatsworth and mother-in-law of Darren Misch of Tara. Cherished grandmother of Christopher (Karen), Michelle (Markus), Zach, Jacob, and Madison, and great-grandmother of Rylan and Sofia. Lee will be fondly remembered by her sister Wendy (Ken) Moorhead and brother-in-law Joe Loustel, all of Swift Current, Saskatchewan as well as her large extended family in Saskatchewan. She was predeceased by husband Bill, son Terry in infancy, daughter Carol Misch, sister Faye Loustel, brother Allan and her parents Lloyd and Edith (Watt) Rowan.

Private family services will be held with inurnment to follow in Chesley Cemetery. In lieu of flowers, memorial donations to the Canadian Cancer Society would be appreciated by Lee’s family.