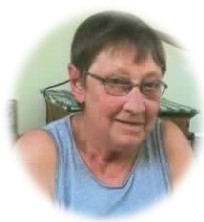 Linda Doris was born in Chesley on Thursday, November 20, 1952 to parents David and Dorothy (Steinhagan) Wilken. The Wilken family farmed on the 6th of Brant and Linda soon welcomed her younger brother, George in 1956. The Wilken children attended S.S.#6 in Brant and continued onto high school in Walkerton. From a young age, it was easy to tell that Linda didn’t mind hard work! She enjoyed working with her hands, alongside her parents, and could easily have been classified as a tomboy.

In the mid 1970’s Dorothy was working at Canada Packers in Walkerton and a job became available. Linda soon applied and got the job! During these early years, Linda also bartended at a few local establishments in Hanover whereby she earned extra funds to help her repay her father for the money he loaned her for her first car. Over the next 43 years work took her from Walkerton to Hanover and P&H and most recently Exceldor Food, where she was a lead hand until her retirement in 2018, at the age of 65.

As a young woman, Linda dated and eventually married Frank Lamont. The two called their residence on John St. in Elmwood home for the duration of their marriage. However, they decided to go their separate ways after several years together.

In her free time, Linda enjoyed playing baseball. For many years she played women’s slo-pitch in Elmwood, before hanging up the cleats at the age of 52. In fact, it was on the diamond that Linda and Tresa first met. The story is told of how Karen (Tresa’s daughter) and Linda were friends, and Karen kindly asked Linda to join her team in a fun Elmwood baseball tournament. However, Karen forgot to mention this added invitation to her mom, who was the coach. Let’s just say Tresa was not too keen to add Linda, a newbie, and unknown talent, to their team. Obviously, Linda must have held her own and as they say, the rest is history, as the two have been together ever since. They began seeing each other in the early 1990’s, before moving into an apartment together in Elmwood in February of 2000. Soon after they bought a home together on Queen St., before moving in with Dorothy in 2006, to offer her their support and allowed her to stay in her own home. This move kept Dorothy at home with them until her needs became too much, whereby she moved to Elgin Abbey in Chesley in 2016 for further care.

Together, Tresa and Linda absolutely loved camping. Every year, May 24 weekend represented a new camping season! Like most, they began in a tent before deciding to opt for a little more luxury. In the last 20 years, they have upgraded their trailer several times. Although the trailer is a big part of camping, Linda absolutely loved the outdoors, the fresh air, the campfires, and of course, the company! Favourite destinations included Harrison Park, particularly during Ribfest, Music in the Fields, Holstein Rodeo and an open, local property with friends and family. When not camping, Linda always kept busy. She was an excellent cook and also loved to bake. I am told her haystacks were a real family favourite! 😊 When it came to her own preferences, Linda’s go-to meal was roast beef, mashed potatoes (with gravy… don’t forget that) and vegetables.

Linda also enjoyed working with her hands. Most of her skills were self-taught and to say she was determined would be a bit of an understatement. It was her way or the highway. She would try anything and never give in until she had it figured out. She was never afraid to put on her mechanic, plumber, or electrician hat at any point, either to help herself or someone she knew in need. She also enjoyed building a variety of items through the years, including a deck and a wagon, just to name a few.

Linda was an avid Detroit Red Wings fan and collected a variety of their memorabilia through the years. I am told she did not like parting with things either, and therefore many of her collectables can still be found in her basement. Her highlight as a Red Wing fan came when she was invited to Kirk Maltby’s home (a former Owen Sound Plater) after a Stanley Cup win. Here, Linda got to wear his Stanley Cup ring and even drank from the Cup as well. What an experience, and one that she definitely never forgot! Linda also enjoyed travelling. She encouraged Tresa to enjoy life and introduced her to travelling. Their first trip together took them to Dominican Republic, and Tresa absolutely loved it. In the years that followed they normally went away every other winter and experienced the likes of Cuba, Mexico, Jamaica and Costa Rica, just to name a few.

Family and close friends meant the most to Linda. She would do anything for Tresa, her children or their grandsons. She bought the boys their first Jeep, which was followed up by a 4-wheeler, and most recently loved sharing her passion for camping with them. Although she got to spend more time with Garrett, Ryan and Tyson, because they were older, she loved and cherished her time with Robert and Jack just the same. Likewise, who could forget her four-legged companions, Odie, Charlie, Gizmo and Jake. She loved her pups dearly and they were definitely a big part of her family.

When Linda and Tresa awoke on Sunday, October 4, 2021, it was to be another regular Sunday together. However, it was not meant to be as Linda suffered a severe stroke later that morning. Sadly, she would never recover, and she passed away at Hanover & District Hospital, on Friday, October 22, 2021 in her 69th year.

Beloved partner and best friend of Tresa Bromley (Dale). Cherished daughter of Dorothy Wilken of Chesley. Linda will be dearly missed by Tresa’s children, Michael (Bonnie) Bromley of Blyth and Karen Bromley (Ed Bell) of Glammis. She will be lovingly remembered by her five grandsons, Garrett, Ryan, Tyson, Robert and Jack. Linda will be dearly missed by her many friends and the entire Dale family. She was predeceased by brother George Wilken (2016) and her father David Wilken (1992).

In lieu of flowers, memorial donations to Saugeen Hospice Inc. would be appreciated as expressions of sympathy.