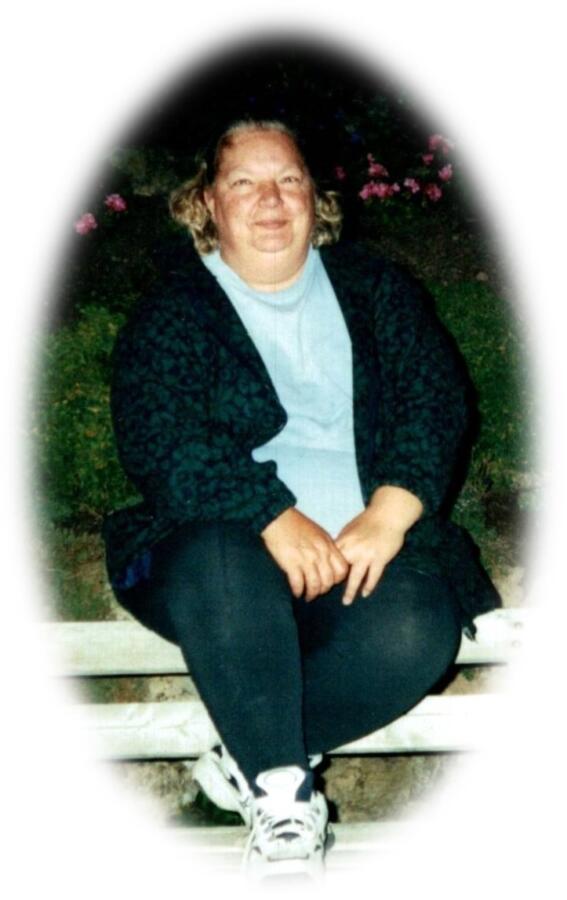 Lynda Doreen Taylor was welcomed into this world by her parents Gerald and Betty (nee Deming) Taylor on April 24th, 1955 with her twin brother Ritchard in Simcoe, Ontario. Lynda and Ritchard were made older siblings when Mike was born in 1957. Lynda and her brothers attended South School in Simcoe as young children before moving with their mom to be with their stepfather William Ronald Stade. Being as Lynda, at this time was the only girl, with two brothers, she had to stand her ground. Even though she wasn’t even 5 feet tall, she was a force to be reckoned with. Their family then moved to Burlington where their younger brother Duane was born in 1963, and Sherry finishing off the family in 1965. Lynda and Ritchard were a team that always were pulling pranks on their siblings. Duane joined in when he realized just how much fun it was. I am told it was hard for Betty and Ron to keep a babysitter because they would always leave to save themselves! Lynda and her siblings attended Glenwood Public School in Burlington before their family settled in Walkerton where Lynda attended Walkerton District Secondary School. As soon as she was finished high school, she went on to work at the poultry factory, Canada Packers, in Walkerton. Through all this time, Lynda would spend time in the kitchen with her mom doing canning and preserving. She loved spending time in the garage as well, where she could be hands on and working with grease and motors trying to impress Ron.

In 1972, Lynda met a young man by the name of John Kramer. They started dating, and then eloped in Niagara Falls in 1973. As you can imagine, her parents Betty and Ron were not too impressed with this decision, as they did not get to be there for their oldest daughter’s wedding day. However, all was forgiven when Lynda announced that she was pregnant with her first child. Lynda’s life changed forever when her first daughter Maryanne was born on September 4th, 1975. Jean was the next to follow on August 12th, 1977, Jo-Ann on November 6th, 1979, and finally her only son John Jr. on May 2nd, 1982. When Lynda was pregnant with John, her parents owned a restaurant. When she had gone into labour, it was the middle of the lunch rush so instead of calling for a ride, Lynda walked herself to the hospital to give birth. Right after she had John, she called her parents to tell them she had her baby, and that she would like them to bring her a steak dinner!!

When Lynda’s kids were growing up, they lived all over Bruce County. She enjoyed spending as much time as she could with them. In early 1993, when Lynda was 37, she was diagnosed with cervical cancer. It was around this time that she divorced from John. Lynda was determined to beat it, and she started treatments right away. Tragedy struck in the summer of 1993, Lynda’s life changed forever when she was informed that her oldest daughter, Maryanne had drowned. Shortly thereafter, Lynda had won her first battle with cancer.

A couple of years after this loss, Lynda moved to Hanover. In early 1996, Lynda welcomed her daughter Jean and first grandson, Steven into her home. In October of that same year, she had the privilege of being in the room when her first granddaughter, Samantha was born. She was proud to be there for that experience. In the summer of 1997, Lynda with Jean, Steven and Samantha moved to Kincardine to be closer to family. It was after this move to Kincardine, that she was at a friend’s house playing cards and met a special man by the name of Mike Neron. In the early 2000’s, they started to date, and have been together ever since. They were best friends and loved spending time together. While living in Kincardine, Lynda also lived close to her sister Sherry’s family, and being Lynda always wanted to help, she would watch her nieces to ensure Sherry could continue to work nights. Spending time with family was the most important thing to Lynda.

Lynda enjoyed being a grandmother. She taught Steven and Samantha at a young age how to ride a 4-Wheeler, took them for walks in the woods, and used any excuse possible to be outdoors. When her other grandchildren Summer, Jasmine, Shailyn, Britnee and Dillon were born, she was filled with so much joy. She always loved to show off pictures of them as they grew. Steven was always called “Her Main Man” and of course, her videogame/card partner, while Samantha, better known as “Sammy” was content just to enjoy the outdoors with Lynda. Jasmine spent a few weeks in the summers with Lynda and Mike going to Centreville Island. You could also see Lynda, in the stands of the races in Varney or Sauble, cheering her nephew Josh on.

If you can’t tell already, Lynda loved being outdoors. She loved fishing, 4-Wheeling, and gardening but her favorite time of year was hunting season. Her first time out hunting was after she met Mike and she shot a moose up north. She was so proud and went straight to her parents to show them the rack. Later that year, in the fall when it was rifle week, she was overjoyed to be out in the tree stand. One day when she climbed up, she wasn’t overly impressed to see a herd of deer sitting not even 100 yards away, and she didn’t even have her gun loaded!! Lynda also had a love for playing cards. Wizard and Euchre were her favorite games to play, and she was very competitive and strategic. She passed this love of cards down to her children and grandchildren. She was also a great cook, and I hear that her cabbage rolls, scalloped potatoes and ribs were the best thing she ever made!

In 2009, Lynda had gotten some unfortunate news, that her stepfather, Ron was unwell, and sadly passed away in November of that year. Lynda took this loss hard, as for the better part of her life, that was her dad. A few years later, in 2012, Lynda had gotten some wonderful news that she was going to be a great grandmother! I can’t tell you how excited she was to get the call, that Samantha had given birth to a bouncing baby boy, named Christopher. Lynda hurried over as fast as she could, to get as many baby cuddles in. To say Lynda was proud is an understatement. She even spent the night to give a helping hand.

In the middle of 2016, Lynda got some more upsetting news, that her mother, Betty was unwell. Lynda dropped everything she could and put her life on hold to be there for Betty and live with her in her final months. Sadly, Betty passed away in March of 2017, leaving Lynda with another hole in her heart. Later on that year, Lynda fell, and had to go through a knee replacement as well as both her hips. This recovery was very hard for her, but she persevered. In June of 2018, tragedy had struck within her family again, when her son’s house caught fire. Unfortunately, John, Shailyn and Britnee were lost in this fire. Lynda was devastated when covid hit, being she couldn’t be there with the entire family, but she never missed out on spending time with Jean, Steven and Samantha at Christmas.

Although Lynda went through so much in her life, you would never know it. She was a very private person and dealt with the struggles in her life by herself. Lynda never wanted people to feel bad for what she went through, and she always looked on the brighter side of life. She was happy to have what she was given. To quote her favorite artist, Elvis Presley, “It’s more important to try to surround yourself with people who can give you a little happiness” and that she did.

In the spring of 2021, Lynda had started to feel unwell. She didn’t know exactly what was going on, so she had gone to the hospital to get checked out. That started the lengthy hospital stay while she was working to get better. In August of that year, Lynda was well enough to be released, but not well enough to go home, so she moved in with Jean, Steven and Samantha. Through this entire time, she was going to countless appointments and had a few more brief stays in the hospital. When Lynda was feeling at her best, you could see her and Sammy riding around looking for waterfalls and backroads with beautiful trees. She didn’t care where they went as long as she was there spending time. You could also see Lynda rocking some killer nails, always designs that Sammy had picked out for her. Lynda loved treating Jean and Samantha with their nails and loved to show them off to anyone who would look!

In October of 2021, they found a tumor in Lynda’s throat. In early November, she had it successfully removed, only to find out a few days later that she had another mass in her pelvis. Devastating news of course, she was still fighting on, determined to beat it again. By late December, while back in the hospital Lynda got the horrific news that it was unfortunately not able to be treated. In early January, after a week in hospital, she was released back to Jean’s home to spend the final time she could with family, and it was there with Steven and Samantha by her bedside, on January 27th, 2022, that Lynda passed away.

Lynda will be dearly missed by her beloved partner of over 20 years, Mike Neron of Lucknow. Cherished mother to Jean Robinson of Owen Sound, and Jo-Ann Kramer, of Hamilton. She will be forever missed by her grandchildren, Steven & Samantha of Owen Sound, Summer of Ashland, Jasmine of Hamilton, and Dillon of Chesley. Lynda was also a loving great-grandmother to Christopher. She will be deeply missed by her twin brother, Ritchard Taylor, Michael Taylor, Duane Stade, and Sherry Stade. Lynda is survived by her father, Gerald Taylor. Lynda will be fondly remembered and missed by her many nieces, nephews & friends.

Lynda was predeceased by her parents Ron and Betty Stade, her daughter Maryanne Kramer, her son John Kramer Jr. and her beautiful granddaughters Shailyn and Britnee.

A celebration of life for Lynda will be held in the spring. As an expression of sympathy, donations to the Canadian Cancer Society or the Owen Sound Regional Hospital Foundation would be appreciated by the family.