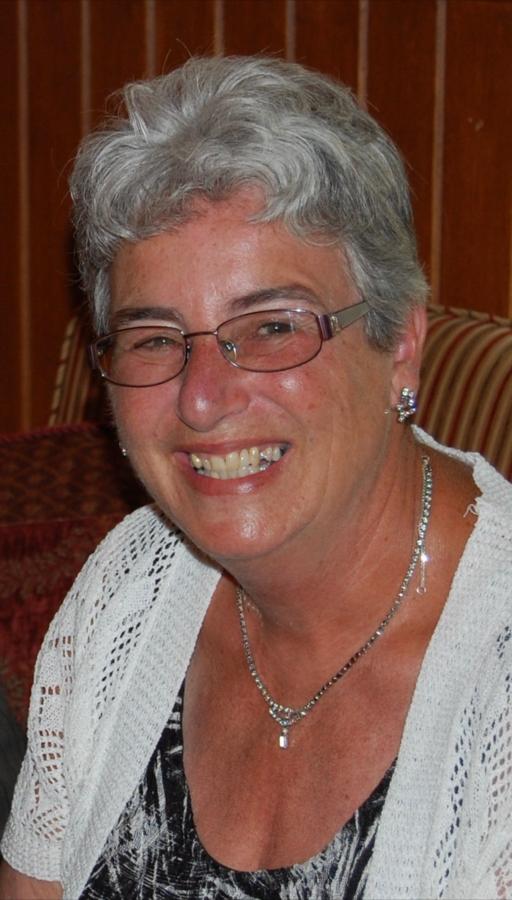 The Moore children attended the English speaking LaMaque Public School and then St. Joseph’s Catholic High School. In 1964, Marilee was at an English speaking restaurant when she caught the eye of a handsome man in uniform. Donald George Lake was in the Air Force and they soon began dating. Their relationship cumulated in a wedding on Saturday, January 8, 1966 at St. Andrew’s Presbyterian Church in Chatsworth. Gerald joined the family later that year in 1966 and Roy in 1969. The Lakes originally settled in Owen Sound before moves took them to Chatsworth and Port Elgin. Their final move took them to Paisley in 1973. The family had many dogs always being a part of their family.

Growing up in the early 60s, Marilee started her involvement with the Cub and Boy Scouts. Her father was a district scout master when she was younger, so she would go to meetings with him. She continued volunteering as a leader when her boys were growing up. Another tradition that Marilee passed on to her boys from when she was younger was camping and fishing. She loved an adventure and passing that tradition on to her children. The Lake family had a trailer at Heron Point Campground, near Stokes Bay since the early 2000s. The family also travelled across Canada in a tent.

Bourlamaque, the town Marilee grew up in, was a tight-knit community of mining company families. Over the years, many of reunions were held to reunite these families and allowed them to reconnect. Marilee would always look forward to these reunions as it would give her a chance to visit with the people she shared so many memories with as a younger child. You can take the girl out of Val-D’or, but you can’t take Val-D’or out of the girl!

Marilee spent time working for the Chamber of Commerce in Port Elgin before joining Gerald Patterson and team in Paisley. In time, she became an agent before later working for Ken McLean’s Insurance. In 2013 Marilee began working for the Bruce County Library in Paisley. She loved her time here, particularly when the kids came in looking for books. She was known to read most current novels and even children’s books. That way if there was a question, she would surely be able to answer it!

While working at the library, she became involved with the annual, local toy drive in Paisley every Christmas. She loved collecting all the items and delivering it once she had made up the packages. Helping others in her community was a passion of Marilee’s. Marilee was very social and loved spending time on her iPad checking out Facebook. Listening to the Rankin Family was cherished as was listening to 60s radio stations, 70s music, sing-a-longs, and dancing with her children while making pancakes. Marilee always had the radio on in the background.

Marilee loved playing Bingo and she would be happy to show up with her bingo bag that had her lucky dabber! One of her favourite parts about playing bingo was the social aspect. Marilee enjoyed any opportunity that she had to engage with the community. She also enjoyed opening Nevada tickets as well as scratch tickets.

Marilee had a passion for collecting a variety of frog figurines, angels, Santas, spoons, plates, and especially Swarovski crystal. Her favourite colour was dark red or burgundy. Of course, camping season was her favourite time of year as well as Christmas and family holidays.

When it came to being in the kitchen, Marilee was a great cook no matter what she was cooking, a skill that she learned from her mother-in-law. The only exception were the dill pickles she would can each year. The story goes that she didn’t like dill pickles, however when she would make them each year, she wasn’t quite sure how they were to taste. One year they would be the most delicious batch of pickles and the next could be a batch that didn’t have as much flavour. She had quite the sweet tooth and loved family meals together especially dinners that included ham or turkey with all the fixings – with pie for dessert.

Social, wonderful sense of humour, cheerful, kind, empathetic, happy go lucky and friendly were some of the many words to describe Marilee. However, like all Quebecers, one dare not tick her off! Marilee was known for her laugh. She was always laughing and helped bring laughter into everyone’s life that was around her. She taught her family the importance of laughter, tolerance, and the sense of adventure. The people who were most influential in the life were her Dad, her mother-in-law and of course, her husband Don. She had a respect for honouring the past, as several of her family members were involved with the military and Royal Canadian Legion.

In 2020 Don and Marilee downsized, selling their former family home and relocated to rental property in Paisley. Sadly, as a result of her cancer spreading to her spine, Marilee moved into Brucelea Haven in November 2020 to be cared for. She passed away at Brucelea Haven, on Thursday, August 19, 2021 in her 73rd year.

Oh, Don and family. We were so sorry to read of Marilee’s passing. Unfortunately, we’ve been out of town for some time, and weren’t able to attend the service. Marilee was always a very special lady to us, always with a smile and a joke. And, God knows, keeping Don in line was an ordeal, accompanied with many jokes and laughs. She will very definitely be missed as part of our “regulars”. Our condolences to the entire family

Marilee was one of the kindest neighbours we had for over 20 years. We are so sorry for your loss Don and family.

Thinking of your family in your loss. Marilee ‘s friendship will certainly be missed by everyone she knew.

Sincere Sympathy to Roy & Family
Marilee had a wonderful smile & always stopped to chat. Hold on to & cherish all the wonderful memories that you both created.
Lana Baldwin

Thinking of you and sending our condolences to your families at this sad and difficult time.

Sending sincere condolences. Marilee always greeted us with a smile and was lovely to chat with whether at the library or just meeting up on the street.

Sending our most sincere condolences to you Don, and Family. Marilee was a joy to be around. Her contagious laugh and wonderful sense of humour will be remembered, by not only us, but I’m sure all that were lucky enough to know her.

So sorry for your loss. Happy she is in a better place and at peace.

I send my deepest sympathy to you Don and family.Marilee was a lovely lady and had that great laugh.Hugs to all.

So sorry to hear of Marilee passing, she was always there to help on Nov.11 We always had a good laugh Rest in Peace my Friend

Sorry for your loss,but she is in a much better place,free from pain,miss meeting her on the street and all the great chats.

We are deeply saddened by the loss that you and your family have encountered. Our hearts go out to you during this time and our prayers are with you all.

Send our deepest sympathies to Roy and your family. Sending big hugs.
From Tina Cam Cory and Alex Rogers.

Sad to learn of Marilee’s passing…we crossed paths many times in Port Elgin and Paisley, and she always had a positive outlook and a smile to share.
May happy memories comfort all her family.

Our sincere sympathy, Don ,Gerald and Roy in the passing of Marilee.

Sincere condolences to Roy and your family. May your Mom Rest In Peace. 🙏

Thinking of you don and Roy. I’m sorry to hear about the loss of marilee.I’m going to be able to get over to the visitation tomorrow night. My staff Meagan is bringing me over to see you tomorrow night. Love you both very much.

to Don and all Marilee’s family … I am so sorry to hear of Marilee’s passing, she was a great lady. I worked with Marilee at the Library for many years and always looked forward to her shifts, there would always be a laugh or two. More recently, it was always fun to run into Don and Marilee on the Main Street in Paisley as we all ran our errands. She will be missed a great deal in the community, please accept my deepest sympathy.

Sending sincere condolences to Don and family. I was fortunate to have a family catch-up with Marilee in recent years and will always remember that special time. She was truly a remarkable lady. So sorry! Cousin, Nicky

Don, Gerry & Roy
My heartfelt condolences with the passing of Marilee! I have so many fond memories of Camping together and just when our families where together. I enjoyed coming Home to visit and catching up. Her Hugs and Laugh was second to none! Sending Hugs and love during this time!
xo
Dawn & Raymond

Our condolences to Don and Family on the passing of Marilee.

Roy and family,
Such a lovely picture of your dear Mum. Thinking of you all during this difficult time.

So sorry to hear! Marilee was a sweet person!
My thoughts are with you all!

Cathy and Gary Lund, Nanaimo BC

Gary and I send our heartfelt sympathies to Don and family. Marilee was a beautiful person who always stopped for a chat and cheerful conversation. She will certainly be missed.

Our sincere condolences to Don and family

Our heartfelt condolences to Don and Family. She was a wonderful fun loving lady. She will be greatly missed.

We are saddened by Marilee’s passing, she was a wonderful lady whose smile and laugh will be missed by many. Our sympathies to Marilee’s family.

Susie and I are so sorry for your loss. Marilee was a great person who worked hard for her community. She will be missed.

Don Gerry and Roy. we are sadden by Marilee’s passing. We will always be grateful for to many happy times that we had with u all. All those years ago we met at Saugeen Bluffs, the many fun times around campfires., And all the get togethers we have had over the years. We will always remember Marilee’s smile and her contagious laugh, her kind heart and her sense of humour. Rest In Peace our dear friend. And hope you can find a Bingo hall and a place to get your scratch tickets. Love you girl until we meet again.
All our love .

Don, Gerry and Roy, my sincere condolences, cherish your memories. Rest in peace my beautiful friend.

Bon soir mum. you shall never be forgotten.