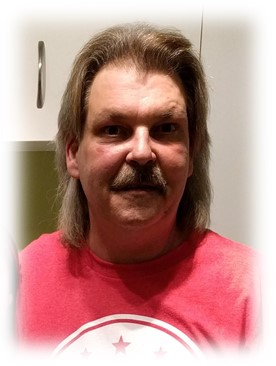 Richard Charles was welcomed into this world on June 30, 1965 at the Humber Hospital in Toronto to parents Charles and Beverley Burley. Rick was born a year after his sister Donna, and when he was one, their family settled in the North York area. He attended Victoria Village Elementary School continuing onto Harwood High School. In 1974, their younger brother Paul was born to finish off the family. Rick was a very busy and happy child that was always on the go and had no fear. He would always be outside playing street hockey with friends. Often Rick would be the last to return home, enjoying himself until the streetlights came on, or having heard his dad’s whistle.

When Rick was younger, he joined the Cub Scouts and later the Sea Cadets. When he was a member of the Sea Cadets, he was determined to join the Sea Cadet band, learning the bass drum by ear. He loved being the one to lead the band during parades and competitions. Rick liked to play hockey and swimming as a young child. He wasn’t very big, but he made up for it with his speed. He also enjoyed playing baseball as a child and having his father coach him. Rick spent a lot of time bowling with his family as his parents managed the local bowling alley. After high school, he worked at the bowling alley apprenticing to become a lane installer and pinsetter technician. Through working at a bowling alley, you could say he became a very skilled bowler with his lucky green ball. He also went on after high school to work for the circus for 6 months helping with the set-up and tear down.

In his younger years, Rick loved to go camping with his family. They would spend most summer weekends at a campsite and always had the best spot in the whole park because of Rick. Typically, a couple of days early, Rick would go to the location his family was going to camp at for the weekend to secure the best spots by the water, even if this meant sleeping overnight in the driveway at the campground. When he turned 19, he was so proud that he was of legal drinking age so he and a cousin bought their first case of beer. They would strut around the whole campsite with this case of beer cruising for ladies showing how cool they were. Even though when they came back to his family’s site, he had only one beer out of the case!

In his 20’s, Rick went on to work at Toronto General Hospital with a cleaning company, later becoming a porter in the emergency department. He was well respected by the many doctors and nurses at the hospital. He loved doing this work and getting to meet different people and help in any way he could. Sometimes that meant giving sandwiches to the homeless people outside of the hospital. Unfortunately, he was injured while caring for a patient and was unable to carry on with this line of work.

On his birthday in 1997 at 9:21 a.m., Rick was blessed with the best birthday gift and love of his life, his daughter Amanda. When she was born, she instantly became his pride and joy. Nothing made him happier than watching her grow up and being with her. Every single year on their birthday, even when Rick had moved, he would surprise Amanda at 9:21 a.m. to bring her flowers and cupcakes. He passed on his love for bowling, roller coasters and Halloween to Amanda and loved spending quality time with her doing these activities.

When Rick was 44 years old, he had a massive heart attack which forced him to quit his job to focus on his health. He had a very entrepreneurial mindset even after his heart attack so he would find ways to keep working. He had started a courier business, and also started a hot dog cart called Amanda’s Hotdogs. He would buy costumes for him and Amanda to wear as he was selling the hotdogs, using any excuse to embarrass his daughter.

In 2015, Rick moved to Chesley to help around his parent’s house as his father’s health was deteriorating. He enjoyed helping with the garden that they had in their backyard. Even though he wanted to plant everything and anything in their small garden, his specialty was the tomatoes he grew. Rick liked to take his dad fishing. There was a day that he took his dad and uncle fishing down a steep hill to the river but didn’t fully think about how he was going to get them back up. So naturally, he went to the top of the hill and finally waved down the local fire department to help bring up his dad and uncle!

Besides his love for bowling, he also loved gardening, woodworking, making campfires, and rollercoasters. One of Rick’s proudest moments was having the opportunity to attend opening day in 1985 at Canada’s Wonderland. His favourite holiday was Halloween. He loved dressing up and taking Amanda trick-or-treating. Rick’s last Halloween that he took Amanda out, he dressed himself and the dog in a banana costume. His favourite sports team was the Philadelphia Eagles and always loved watching the Super Bowl. He loved listening to anything Rock and Roll, some of his favourites being AC/DC, Queen, Led Zeppelin. Rick was a great cook. He always made the turkey for holidays with his family, although they knew that when Rick was cooking, they wouldn’t be eating until midnight. I am told it was always well worth the wait!!

Caring, compassionate, devoted, motivated, stubborn and fearless were some of the many ways you could describe Rick. He was a real family man and would do anything for any one of his family members. Rick was happy seeing others happy. Rick was a big dreamer, having so many goals in his life, and he was able to accomplish plenty, given his health concerns. He was determined to continue on for his family. Sadly, he succumbed to his health issues and passed away at South Bruce Grey Health Centre, Walkerton, on Wednesday, February 16, 2022, in his 57th year.

Cremation has taken place. A service for Rick’s life will be held at a later date. As expressions of sympathy, memorial donations to the Heart and Stroke Foundation or Diabetes Canada would be appreciated by Rick’s family.