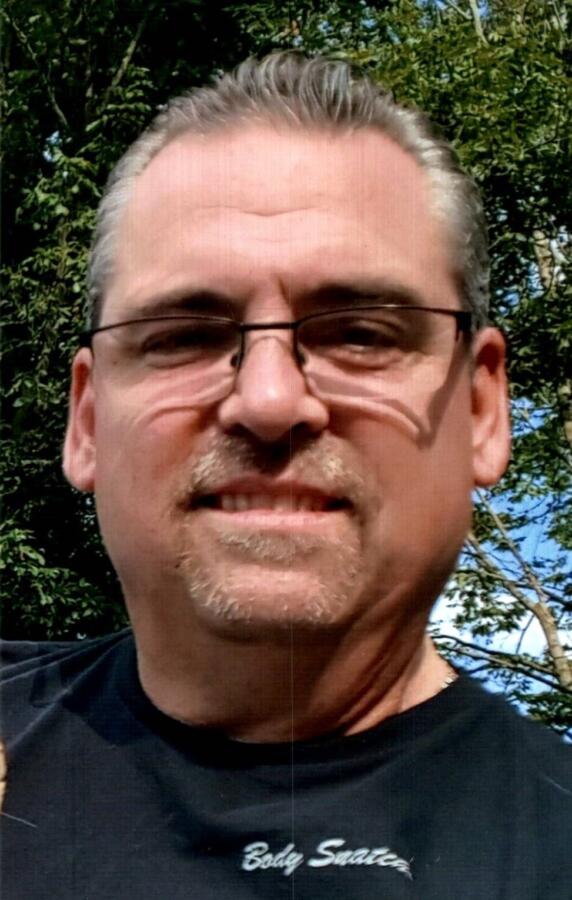 Todd Mickael Morris was born on July 8, 1967, to parents Leo and Pauline Hebert. Todd was welcomed by his two older sisters, Brenda and Pam. Todd was born and raised in Windsor and was proud to be a Windsor boy. As Todd was growing up, he became very close to his aunt Bea, who soon became a mother figure to him.

When Todd finished high school, he jumped straight into the workforce. He began working at Chromeshield Plating as a maintenance man. He worked in the production line grinding and polishing bumpers. He worked there from 1989 until 2003, when he started a job with Anode Solutions (E&E Technologies) as a plant manager/supervisor. He tended to the maintenance details and would step in when needed to help on the floor, working there until 2006. In 2008, he started a job with Compass Group in Toronto as an Environmental Services Manager. Here, he managed three different departments and had many responsibilities.

In 2013, Todd started his favourite job of them all. He started working for Lesperance Removals and Services in Windsor, as someone who did the removals, and later became a manager. He was proud that he was able to represent many funeral homes in the greater Windsor and Essex area and enjoyed working alongside the police and the coroners. He would attend many different coroner’s cases and took every call with professionalism and honour. Working in the funeral industry, constantly surrounded by grief, is tough to handle, but what helped Todd through it, was his larger-than-life sense of humour. He even had personalized license plates, reading “Body Snatcher!”

In July of 2017, Todd’s really close friends, Cheryl and Neil had him join them for a summer holiday weekend away at the Butchart family farm. Here they enjoyed a family reunion, outside of Chesley, where Todd would have never guessed that he would meet someone very special. He was introduced to Bonnie Kleist and their connection was strong and hard to deny. Unfortunately, distance makes it hard to start a relationship, however, they were able to talk on the phone which helped bring them closer. Later that year, Todd’s work brought him to Southampton for a body removal. When he left Windsor, he called Bonnie and explained he didn’t have a lot of time but wanted to meet for lunch. After their lunch, the phone calls and visits became more frequent, when his work schedule would permit.

In the last few years, Todd has experienced a lot of loss in his life. He first lost his sister, Pam in 2015, followed by his mom, Pauline, in 2020, his other sister Brenda in March of 2021, and finally his aunt Bea in September of 2021. He especially took his aunt Bea’s death very hard as they were very close. After her passing, he gave his six months’ notice to Lesperance and made the decision to move to Hanover to be closer to Bonnie, moving in on April 1, 2022. Todd was always close with Bonnie’s family and friends but being together made everyone even closer. Bonnie’s daughter Amanda and her husband Dave Butchart accepted Todd as a part of the family, and their son Jack idolized Todd. The bond between Todd and Jack was instant and undeniable as Todd was often referred to as “his Toddy.” They loved going on walks together and attending the local fall fairs. Every time Todd was out shopping, he kept Jack in mind and would look for new games he could purchase for them to play together.

Todd enjoyed fishing, playing crokinole, and collecting coins. He always carried a quarter with a rabbit on it from 1967 (the year he was born) in his pocket, and luckily never lost it. He enjoyed playing different games that would challenge his mind and keep his mind stimulated, such as the Rubix cube. Todd had a musical ear, learning from his stepfather. He played the drums and taught his step-brother how to play, who in turn ended up opening for many bands. He enjoyed listening to the Chill Lounge, a straight jazz music station, which drove Bonnie crazy as they listened to the same thing for hours on end. He also enjoyed a variety of Rock, with the band Rush being a favourite. Todd enjoyed watching horror movies, funny cartoons, and Corner Gas. He had a deep appreciation for nature and wildlife. He was fascinated with spiders and even once enjoyed them as a pet. Todd was surrounded and loved by his three fur babies, Lonestar (the cat), Maya (the dog), and Jesse (the miniature horse). He showed them constant love, attention, and affection and was always up for a cuddle.

Todd was a social butterfly. He could make conversation with anyone he met and always wanted to help anyone in need. He was drawn to those who needed mending. Todd saw the best in everyone, a trait we all wish we had. He always took the time to get to know someone and was personable and kind, which helped him in many aspects of his life. Whenever someone would meet Todd, they would instantly think he was such a happy man, which on the outside he was. What most people never knew were the internal struggles Todd dealt with daily. Todd struggled with his mental health for years, but never let it show and therefore, suffered alone in silence. Sadly, he passed away suddenly on Tuesday, September 13, 2022, at the age of 55.

Beloved partner of Bonnie Kleist. Todd will be missed by Bonnie’s daughter Amanda and her husband Dave Butchart and their son Jack. Dear brother of Shawn and nephew of Carolyn. Todd will also be fondly remembered by his nieces and nephews. Predeceased by his sisters Pam (2015), Brenda (2021), his aunt Bea (2021), and his parents Pauline (2020) and Leo Hebert.

A public inurnment will be held at Heavenly Rest Cemetery, Windsor, on Friday, September 30, 2022, at 1 p.m.

As expressions of sympathy, memorial donations to the Canadian Mental Health Association Grey Bruce or the Canadian Cancer Society would be appreciated by the family..