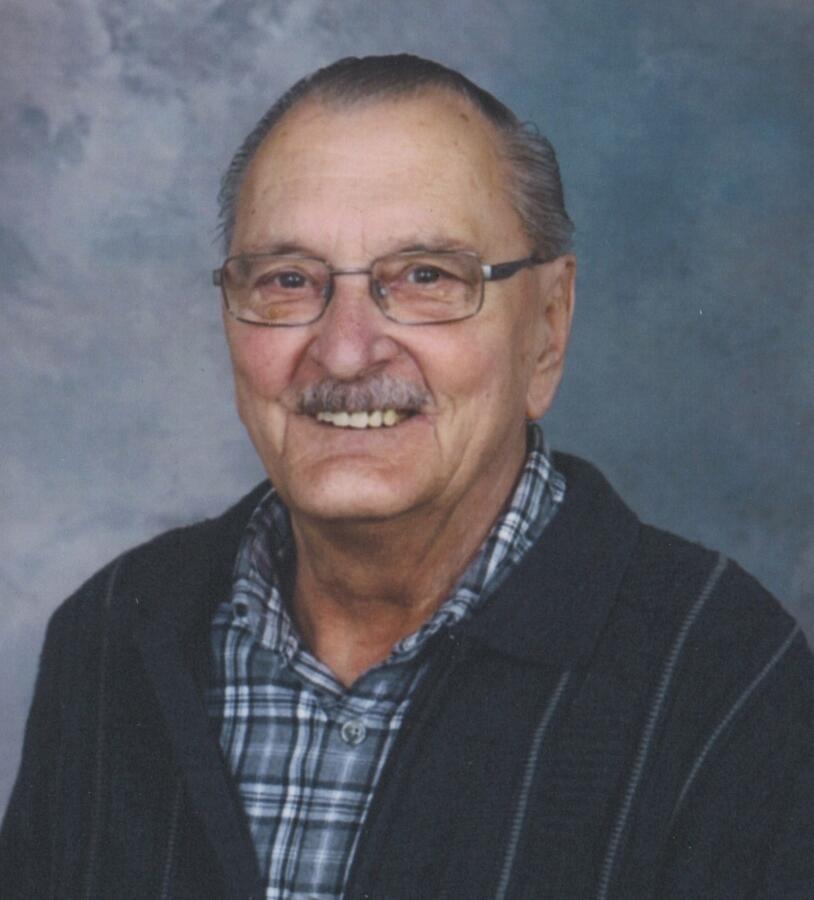 Thomas Ernest was born Monday, September 25, 1939 at 495 Glenholme Avenue, York Township, Ontario to Thomas Oscar and Christina Dunn (Waldrum) Burley. Tom was not alone as his twin Charles George also made an appearance that day. It was also the same day that the German Luftwaffe struck Warsaw, Poland with firebombs and the British began laying anti-submarine mines in the Strait of Dover. The world would never be the same.

Tom and Charles were the eldest of nine children; Bob, Bruce, Audrey, Roy, John, Christine and Bill. In fact, there were twenty-two years between the twins and Bill, the youngest.

Tom attended Rawlinson Public School while the family lived on Oakwood Avenue in Toronto. Tom would often joke that he was too smart for high school and left school after Grade 8. J This, however, did not stop Tom from being a meaningful contributor to society nor did it prevent him from achieving many accomplishments. In later years he attended photography classes at Seneca College where he also attained a pistol permit as a requirement for employment. Tom never wished to use his pistol yet at the same time he was proud of the carrying permit. And thus began a lifetime of diligent and conscientious work, of which both Tom, Sharon, and his sons were proud.

As a young man, Tom visited and worked on Roy and Mary Hoskin’s farm near Sunderland (Highway 7 & 12) which he thoroughly enjoyed. In fact, he continued to return to this oasis every summer for most of his life. In time, the next generation of Burleys also found the farm to be an oasis, going there often. An interesting story is told of how the Burley family became associated with the Hoskin’s farm. In Tom’s youth, his father gave blood for a transfusion which ended up helping a member of the Hoskin’s family and ever since then, the two families were pretty much inseparable.

Tom moved on to work at a plastic factory, then a catering company, and finally tool and dye. In October of 1968, Tom landed a job at T. Eaton’s first as a caretaker, then a security guard and finally as an investigator. This work history was yet again emblematic of Tom’s hard, and meticulous, work. He retired in 1999 when the company began to downsize.

It was during this time that Tom began his lifetime of volunteerism. He was very dedicated and interested in the work of St. John’s Ambulance. Tom did this for years, even contracting Hepatitis B from one of his patients. It also gave him the opportunity to attend the Beatles’ first concert in Canada in 1964. Even to this day, these events are fodder for good memories and storytelling.

While Tom and Sharon were busy raising their three boys he also dedicated himself to the Scouting Movement. Serving on the executive of the 13th Brampton Troup was just one way Tom gave to his community and the instilling in his boys of many fine principles.

But I am getting ahead of myself…. When Tom was just three years of age, he met a young girl by the name of Olive “Sharon” McKittrick. Their lives crossed again years later when their parents dated for a short period and again in their late teens. This time, it was in a church, Albion Gardens Presbyterian Church, in Thistletown. After a short courtship, they were married April 2, 1960 in Sharon’s mother’s home. As unbelievable as it may sound, Tom actually died on their 62nd wedding anniversary. As it has been said, this was a gift that was given to both Tom and Sharon. There is no more pain, no more suffering, no more tears, for either of them.

After being married., the young couple settled in the Downsview area before later stops took them to Toronto and Brampton. They soon welcomed their sons, Tom (1960), David (1962) and Ted (1964). Sharon kept busy at home caring for her young family. The life lessons continued to be taught, including the Golden Rule, “Do unto others as you would have them do to you,” a strong work ethic, ‘Be there for others,’ ‘Do it, Don’t just talk about it,’ ‘Be compassionate’, and ‘Don’t Smoke.’ Okay, so not all the life lessons were taught, or learned, well!  (Hee, hee.)

It was during this time (1967) to be exact, that Tom and Sharon were preparing to go to Montreal to take in the International and Universal Exposition or Expo 67. Tom was intent on giving the boys a memorable experience before they were left behind and took them to Boyd Park. One of the boys went into the bathroom through one door and left by another, leaving him alone and lost, unable to find the family car! Another story told is how the family were able to see Johnny Cash three times in concert at the CNE. In fact, one of the concerts they went to was the time that Johnny Cash proposed to June Carter right on stage! One of the boys laughs at the memory of going to his very first concert not with his friends but rather with his parents and brother. Too funny!

Upon retirement, Tom and Sharon looked at a couple of places in which to retire. One such place was Bobcaygeon and the other was Chesley. Tom’s sister Audrey was living there with her husband Doug Walsh and Tom and Sharon often went up to help with the renovations. So, of course, Chesley won out. In order to submerge themselves in an unknown community, Tom and Sharon set out to join numerous clubs and sporting events. Thus, their spirit of volunteering continued. They both became deeply involved in the local Rotary Club, even serving in a District level position. As Tom aged and his health deteriorated, he was fortunate to benefit from the return of support from his community

Tom was born and baptized in the Baptist Church, then became a member of the Presbyterian church. Upon arriving in Chesley Tome and Sharon joined St. John’s United Church and served (serves) that community well. They also became involved with Meals On Wheels, the local lawn bowling club, lane bowling, horseshoes, and darts. Over his lifetime, Tom also helped out with local hockey and lacrosse teams. They both selflessly gave so much of themselves and Chesley, and area, definitely benefitted.

Tom had a number of other outside interests that especially included photography, woodworking – whereby he built 30 different small scale model cars and trucks, collecting beer cans (he had over 500!) and who couldn’t forget his collection of baseball caps. It was a sad day when Tom had to give up his woodworking. He also loved to do jigsaw and crossword puzzles as well as the famous (or infamous) family poker games.

Watching TV involved shows like CSI, NCIS, Criminal Minds and Lethal Weapon to name a few. And in the last few years, Tom became glued to the TV from 11:00 am to about 2:00 pm, specifically, watching all the game shows. Tom devoured books, especially authors like Janet Evanovich and Stuart Woods. Tom’s favourite colour was royal blue and his favourite meal was roast beef dinner with all the trimmings, including apple pie. Yummmm. Listening to classical country music delighted Tom.

Unbeknownst to some, Tom had an abiding interest in aviation, especially the Canadian Forces (CF) Snow Birds and the Avro Arrow and its doomed history. Tom had three favourite T-Shirts in his later years. One was an Avro Arrow t-shirt, another was a CF Snow Bird shirt and the last was one with a loon on it. Indeed, he loved airplanes and airshows. He was an Air Cadet in his youth, even volunteering in the aftermath of Hurricane Hazel.  What most people definitely don’t know is that he was terrified of heights and would never, ever, fly, or clean out the rain gutters, or climb a ladder, or even stand on a piece of paper. (Okay, So I exaggerate.)

The one quality Tom most admired in others was that of friendship. He himself said that the phrase that best described himself was “troublemaker.” (Hee, hee.) The best piece of advice Tom ever received was, “Behave yourself… “However, Tom admitted that he never did like following that guidance. Yes, Tom had a jovial personality that was very apparent in his many jokes. However, there was also a gentle, quiet side to him. He was guided by principles and values, exhibiting the fine characteristics of integrity, honesty and reliability.  The person who was most influential in Tom’s life was his Grade 8 teacher Mr. Mulligan who had a twitchy moustache!

In the last couple of years, Tom struggled with health issues and a vascular form of dementia. Seldom did he let it keep him down, though. It was interesting to hear that Tom remembered all the names of his family members, except for the littlest and youngest two great-grandchildren. That is so spectacular! Tom entered the Chesley Hospital just in the last number of weeks and passed away on Saturday, April 2, 2022, in his 83rd year.

Beloved husband of Sharon (McKittrick). Loving father of Tom (Joan) of Victoria Harbour, David (Lisa) of Brampton, and Ted (Anna) of Uxbridge. Cherished grandfather of James (Stephanie), Ryan (Michelle), Daniel (Jenn), Eric (Robyn), Matthew, and Joshua, and great-grandfather of Travis, Gavin, Atlas, Scarlett, and Norah. Tom will be dearly missed by his siblings, Audrey (Doug) Walsh of Chesley, Roy of Toronto, John (Cheryl) of Carlisle, Christine Atwood of St. Catharines, and Bill (Kim) of Tillsonburg, and sisters-in-law Faye Burley of Winnipeg and Bev Burley of Chesley. He will be fondly remembered by the entire McKittrick family as well as his many nieces and nephews. Tom was predeceased by his great grandson Tyler, his brothers Charles, Bob, and Bruce (Pat), brother-in-law Ken Atwood and his parents Thomas and Christina (Waldrum) Burley.

Visitation will be held at Rhody Family Funeral Home, Chesley on Thursday from 2 – 4 and 7 – 9 p.m. A funeral service celebrating Tom’s life will be held at St. John’s United Church, Chesley on Friday, April 8, 2022, at 11 a.m. A recording of Tom’s funeral service will be available on the funeral home website in the days following his service. Spring inurnment in Chesley Cemetery.

In lieu of flowers, memorial donations to St. John’s United Church or Chesley Hospital Foundation would be appreciated as expressions of sympathy.