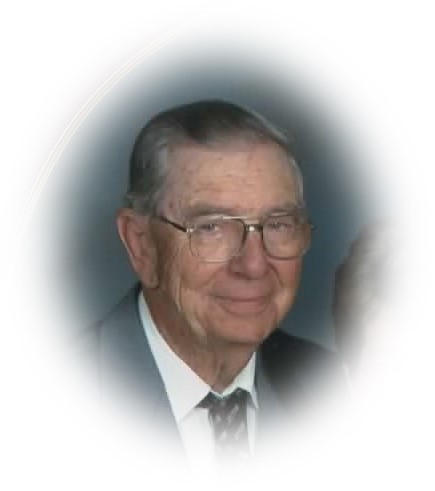 Walter Richard was born Wednesday, June 15, 1929 to William John and Wilhelmina “Minnie” (Jackson) Atton. He was a member of the Silent Generation, those who were born between 1927 and 1946, living through WWII and the Great Depression. Of course, those born during this time were unique yet as a group they exhibited the traditional values of hard work, loyalty and thriftiness. Interpersonal respect, determination, resilience, and self-sacrifice also defined this generation. And don’t these features describe Walter?

Being born in what is now the laundry room of the family’s farmhouse in Brant Township Walter was the youngest of four boys, Archie (1920), Douglas, Bruce, and Walter. Sadly, the two middle boys never made it out of infancy. The Atton family mix farmed on the 12th of Brant and the boys attended Thaler S.S.#12 on the 14th. Like most of his generation, once he was out of Grade 8 Walter went to work. He had a number of jobs while helping out on the family farm milking and shipping cream. Some of the paid jobs included poultry processing at Canada Packers in Walkerton and driving school bus for Beckenhauer’s out of Elmwood.

Walter was a man of faith. He was confirmed at St. Mark’s Lutheran in Chesley on May 28th, 1944. He was in the class that included Mae Smith (nee Dieter) and his confirmation verse was Romans 5:1, Therefore being justified by faith, we have peace with God through our Lord Jesus Christ. While at a dance at the Louise Hall, Walter met a young woman by the name of Jean Gladys Whitehead. Both liked to dance, and they must have made an impressive image on the dance floor as they twirled to the likes of Charley Pride’s “Crystal Chandeliers.” The two were wed on Saturday, May 29, 1954 at St. Paul’s United Church in Walkerton. Walter often joked that he was ‘United for a Day’! Following their wedding, the newlyweds moved to the 12th of Brant and called Walter’s parents’ former farm home. Together they mix farmed and settled down into married life.

In 1958, Jean and Walter welcomed their first daughter Susan. The Atton family continued to grow in the years following with the arrival of Mark (1963) and Janet (1967). In 1973 Walter launched into a custodial position at Chesley Public School. Well known as “Joe the Janitor” he stayed there until his retirement in 1994, always proud of the impeccable, spotless, work he did. It was during this time that Walter also taught driving and Janet was the fortunate offspring to reap the reward of being taught by her father!

Just four years before his retirement, in October of 1990, Walter and Jean moved into Chesley and life slowed down just a little. Jean continued to volunteer countless hours at St. Mark’s and Walter continued to support her, especially her work on the Altar Guild and setting up for quilting. Of course, this did not mean that Walter did not serve in his own capacity. For years he toiled as part of the Parish Management committee looking after the physical buildings, and grounds, of the church and parsonage. In addition, he also served on council. Perhaps even more importantly, Walter instilled his faith into his children.

As if this all wasn’t enough, Walter returned to driving bus, this time for Wathke’s, and worked to help Mark on the farm. Walter especially enjoyed driving tractor, especially with Jake the dog! One of the funniest stories ever is that of Walter going with Paul, Susan’s husband, to a sale in Mount Forest. He encouraged Paul to buy a tractor with a cab, saying that in his older years Paul would be grateful for the cab. Walter proudly, and gleefully, drove the tractor all the way back to Elmwood! Then there was the time that Walter couldn’t figure out how to turn the Air Conditioning off in Mark’s tractor and was seen driving with his winter coat on! Too cute!

It wasn’t all work for Walter as he loved his crokinole and card games, solo and euchre. And he was so gifted in both and played regularly with Harry Driedger and Clarence Lang, even throughout the summer. The bi-yearly tournament against Faith Lutheran (Port Elgin) allowed Walter the occasion to shine! The truth of it was, Walter had no mercy for his opponents and always followed the rules exactly. Walter played up until at least this past Christmas, still scoring well.

He and Jean also attended as many dances as possible, and lane bowled in Hanover. Then there was all the time they spent visiting in their numerous coffee clutches. Now some would call these their ‘ gossip ‘ clubs but I am sure they only talked of world affairs and the weather! Walter’s favourite channel on TV was in fact CNN and was constantly watching it, much to Jean’s chagrin. However, he also enjoyed watching baseball and hockey. CKNX played on the radio, all day long. Jean and Walter took the opportunity of retirement to travel Canada coast-to-coast, as well as a few bus trips to the U.S.

Walter’s favourite colour was John Deere green, although it has been said that he also liked the colour red. He took every chance to remind his family of his birthday and so it is surmised that he must have really liked the month of June. To say that Walter had a dry sense of humour would be an understatement. He was a sociable guy, always ready with a joke and always friendly. He was not a fussy eater, and his drink of preference was whiskey and water. It is rumoured that half of Chesley Public School contents sit in the driving shed on the farm. As with most of his generation, Walter never threw anything out. If you needed anything at all, Walter was your ‘go to’ person. It might have taken Walter a bit of time to find whatever it is was, but you could be rest assured that it would be at the cheapest price. Yet another characteristic of the Silent Generation!

As Walter and Jean continued to age it was decided that the house was becoming too much. In May of 2018, they moved to The Village, in Hanover, and the house was sold in January of 2019. At The Village, they enjoyed reconnecting with old friends and neighbours and made the best of each day. Sadly, Walter just recently lost his soulmate and best friend, Jean, three months to the day of his own death.

A public visitation will be held at Rhody Family Funeral Home, Chesley on Monday, January 17, 2022, from 3 – 5 p.m. A private funeral service honouring Walter’s life will be held on Tuesday, January 18, 2022. Spring interment in Chesley Cemetery.

In lieu of flowers, memorial donations to St. Mark’s Lutheran Church would be appreciated as expressions of sympathy.