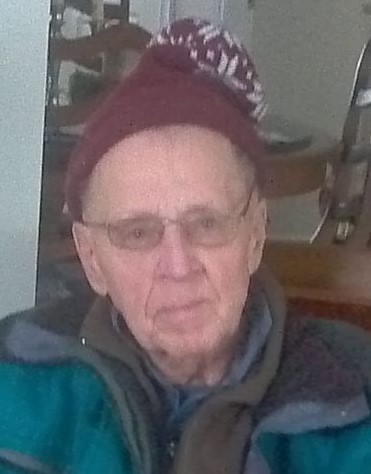 William Edward was welcomed into the world on September 25, 1932 by parents Ephriam Jr. and Margaret Byers. Bill was the youngest of three, accompanying sister Marguerite and brother Beverly. The Byers family lived in Owen Sound for a few years until moving to a mixed farm outside of Dobbinton. The family had mainly beef cattle, but also had pigs and horses. Bill was one of those children that didn’t enjoy attending school and spent more time fishing than in the classroom. While growing up on a farm, Bill was taught about hard work early on in his life. Bill watched his brother Bev go sailing. Bill saw the passion for being on the water from his brother and soon the love of sailing on the water began.

Bill started sailing the Great Lakes with his friends and they would spend most of their time on the water. In his mid 20’s, this passion soon became his lifelong career and he spent his life on the water. Bill worked on the freight ships and spent nine months of his year on the boat. He would get dropped off wherever the ship was leaving from, in the spring, anywhere from Thunder Bay to Buffalo to Montreal, usually in mid-March. He would be all over the Great Lakes every spring, summer, and fall, and return home mid-December, just in time for Christmas.

Bill told many stories about his time working on the freight ships. One story that stuck out for Bill was a special event that took place on November 10, 1975, on Lake Superior, near Whitefish Point, which some people may remember as the day that the Edmund Fitzgerald sunk. The ship that Bill was on with his crew went through Whitefish Point, only three hours prior. Bill remembers taking on so much ice, having to cut out all the ice from the boat. The crew had to empty the boat near Toledo, due to the cracked deck from the ice. The last ship he worked for was for Parrish & Heimbecker, also known as P&H Shipping, retiring at age 60. Bill was proud of the fact that he worked on the last coal fired boat on the Great Lakes, as every other boat had switched to oil fired. Bill dedicated 34 years of his life to working on the ships and loved every single day on the water. The famous saying goes that if you choose a job you love, you will never work a day in your life. This saying couldn’t be better to describe Bill’s life!

On Bill’s three months off, he enjoyed making his rounds spending more time with his family and friends. He also was a member of the Chesley Legion. When he retired at 60, he was able to direct more of his time to the one’s he loved. He enjoyed going to the Legion for a drink with his friends. As Bill got older, he went into Hanover Care Centre. Here, he enjoyed playing Bingo and dancing.

Bill will be missed by his many nieces, nephews and cousins. Predeceased by his sister Marguerite, his brother Beverly, sister-in-law Agnes, and his parents Ephriam and Margaret Byers.

Visitation will be held at Rhody Family Funeral Home, Chesley, on Thursday, September 1, 2022 from 10:30 a.m. until the time of the funeral service at 11 a.m. Interment in Hillcrest Cemetery, Tara.

Memorial donations to the Chesley Royal Canadian Legion, Branch 144, or the charity of your choice would be appreciated by the family.