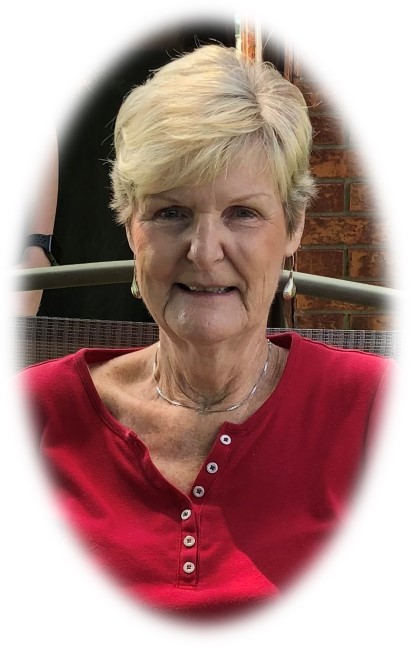 “A family can develop only with a loving woman as its center.”

Kathy was that rock! She was a loving wife, a devoted mother, and absolutely loved becoming a grandmother and cherished every minute of it! Kathy was ever-present to guide and support, whenever needed. She will be dearly missed by all that knew her but will live on through our memories and storytelling.

Kathleen “Kathy” Marie was born in Hanover on Sunday, August 4, 1946, to proud parents, Eric and Myrtle (MacDonald) Ashton. She joined her parents and older brother Reg (1939) on the family farm on the 8th of Bentinck, near Crawford. In 1949, the family was made complete with the arrival of Kathy’s younger sister, Brenda. The Ashton children attended public school in Lamlash, before heading off to high school in Hanover at J.D.S.S. Some favourite childhood memories were swimming with her siblings in the Styx river and helping her mother at the annual Crawford garden party.

Upon graduation, Kathy took a job with Fischer Poultry Farm in Ayton as a secretary. Shortly after, an opportunity arose for her to return to J.D.S.S. to work in the office. On Labour Day weekend in 1965, Kathy attended the Elmwood Fun Fair. As the event was drawing to a close, she was approached by the young local barber, John Joseph Walsh, who asked her to dance. One dance soon led to several before Joe asked, and was granted, the honour of driving Kathy home that evening. Who knew then that this would be the beginning of over fifty-five years together. The couple was married on Saturday, November 25, 1967, at Holy Family Catholic Church in Hanover.

The newlyweds settled in Elmwood, before later buying the house beside Joe’s barbershop. In 1969, George Loucks sat in Joe’s chair for a haircut and mentioned that he was in search of a secretary. Joe didn’t take the bait… so a few weeks later he was back and asked Joe outright if Kathy might be interested in joining him at his law office in Chesley? Later that year she started as George’s secretary. This began a 52-year career that saw her become Office Manager. She loved her work, and was good at it! Kathy was well respected by her colleagues, co-workers, and clients enjoying the many friendships she made along the way.

In 1971, another chapter of Kathy’s life began when she became a proud mother. Together, with Joe, they welcomed Michael before their family was made complete with the arrival of Chris in 1974. As the boys grew, Kathy was always there to support them and often gave of her time and talents in our community. It shouldn’t be a surprise that she was regularly elected as secretary, which often led to her acting as treasurer as well. She was active in minor sports, a member of the Chesley Kinettes, a 4-H leader, and volunteered her time with Big Brothers & Big Sisters. In 2005, Kathy co-chaired a very successful Chesley Homecoming and as you can tell rarely said “no.” She was a true asset to our community, and was recognized for her dedication when she and Joe won the Bob Hutchinson award for exemplary community service.

In October of 1976, the Walsh family moved to Chesley and settled on Tower Rd. Here, Kathy enjoyed spending her spare time outdoors working in her gardens. She was a true gardener at heart and definitely possessed a green thumb. When the weather did not allow her to be outdoors Kathy could often be found in the kitchen. She was a fantastic cook and baker. She enjoyed trying new dishes and recipes, always looking for perfection! Kathy loved to lose herself in a good book or take in a good series on television. In recent years, Joe was able to convert her to a baseball fan and together they closely followed the Blue Jays. Kathy also loved her cats, having several through the years, however, her current feline, Dexter, was extra special as she shared him with her granddaughter, Kaylie. Together, with Joe, they also enjoyed travelling. They explored the likes of Alaska, Switzerland, Italy, Portugal, and Hawaii, just to name a few. However, Woodbrook Park in Lakeland, Florida was a favourite. Here, Kathy loved her time poolside, either in the pool swimming or engaged in conversation with others.

Kathy’s faith played an important role throughout her life. As a young girl, she attended Crawford United Church with her family before joining the Catholic faith after her marriage. She was active with St. Anne’s choir before eventually becoming the choir director. Kathy also immersed herself into the Catholic Women’s League and was there to serve. Here she made many friendships and was always there to help those in need.

In 2003, Kathy became a proud grandmother with the arrival of Ethan. Two years later, she was blessed with a granddaughter, Kaylie. As the grandkids grew, Nana and Poppa regularly attended their sporting events, school activities, and life milestones. Time with Nana never disappointed, as there were many memorable sleepovers, and trips to ALL the different parks around town. Lots of time was spent in the kitchen with Nana making the best pancakes and muffins! She would do anything for her grandchildren and loved every minute of it.

Sadly, in the fall of 2020, Kathy was diagnosed with cancer. She was very determined to overcome this diagnosis and made the best of every day. She continued working but was forced to step back last year when her health declined further. In September of last year, Joe and Kathy downsized and called the new development on Palmer Marie Lane home. Here, Kathy lived out her remaining months surrounded by the love and support of her family and friends.

Beloved wife of Joe. Loving mother of Mike of Chesley and Chris and his wife Heather Klages of Port Elgin. Cherished Nana to Ethan and Kaylie. She will be dearly missed by brother Reg Ashton and sister Brenda Ashton (Rob Divell), all of Lake Rosalind. Kathy was a well-respected member of the law firm of Loucks & Loucks for over fifty years. She was predeceased by her sisters-in-law Marie Ashton, Eileen (Walsh) Rier, and her parents Eric and Myrtle (MacDonald) Ashton.

A public visitation will be held at Holy Family Catholic Church, Hanover on Wednesday, March 9, 2022, from 9:30 – 10:45 a.m. A Funeral Mass honouring Kathy’s life will follow at 11 a.m. The Funeral Mass was recorded and can be viewed at: https://holyfamily.ca/media/. Inurnment in Chesley Cemetery.

In lieu of flowers, memorial donations to Kathy’s home parish, St. Anne’s Roman Catholic Church, in Chesley or Chesley Hospital Foundation would be appreciated as expressions of sympathy.